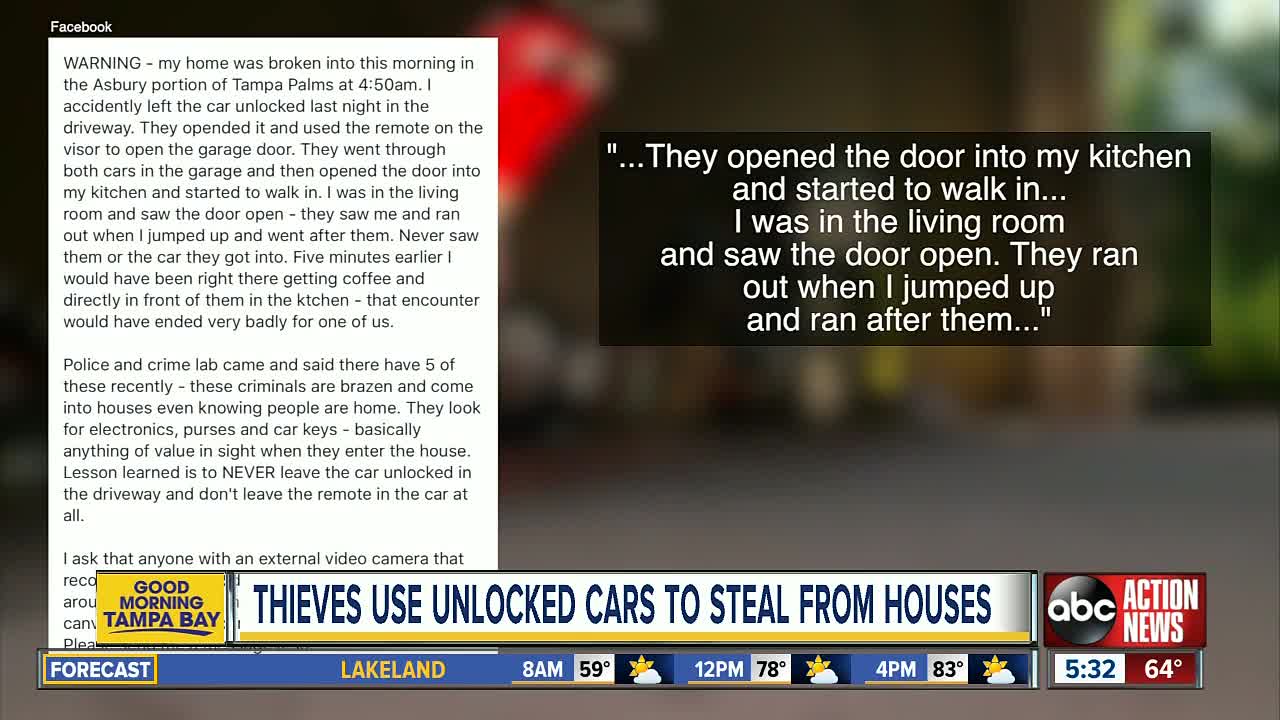 Tampa Police said officers have taken at least 4 reports of burglaries in the New Tampa area. 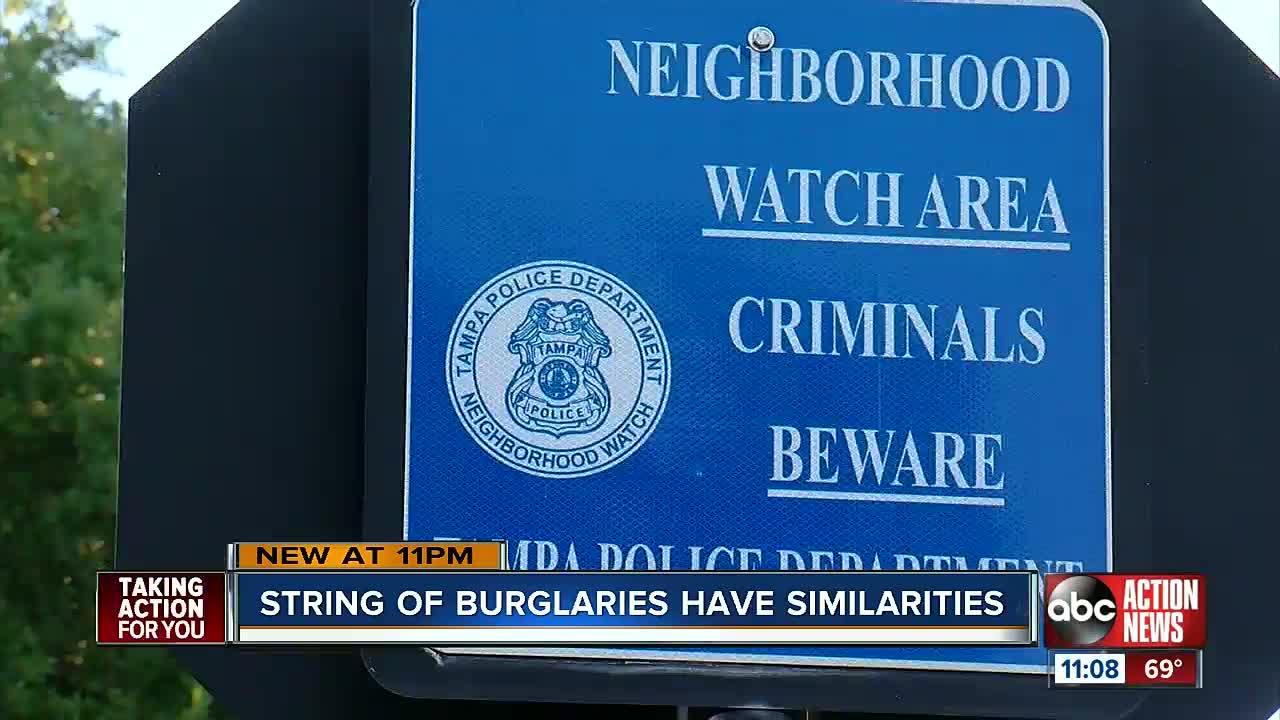 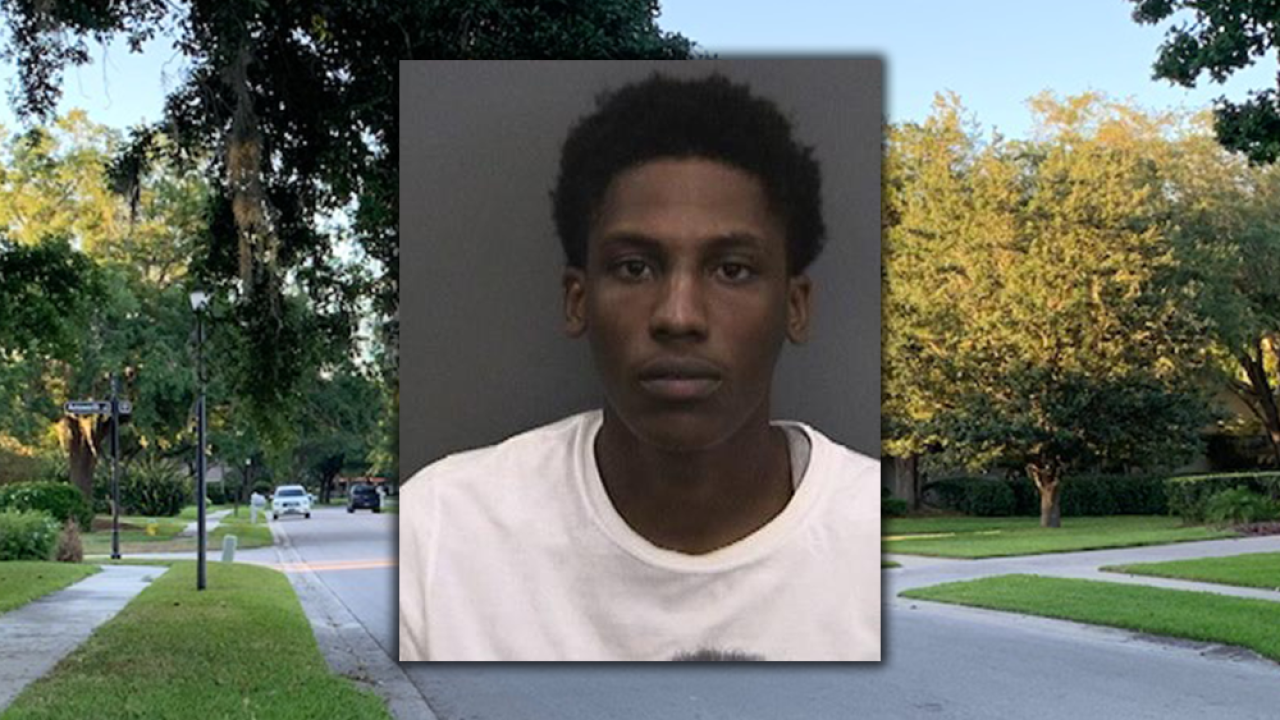 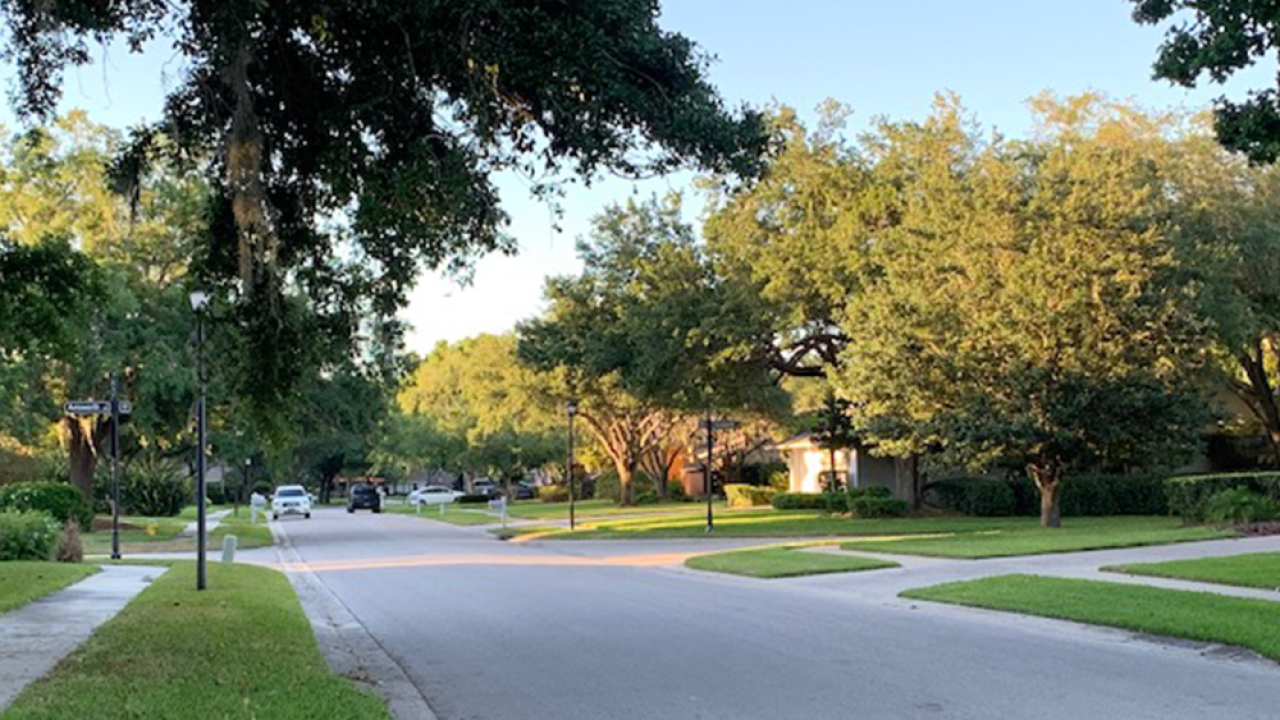 TAMPA, Fla. — Detectives have identified and arrested a burglar who broke into several homes in the New Tampa area.

Through their investigation, detectives determined 21-year-old Quentin Hargrove was going into unlocked cars, finding the garage door opener and then using the remote to enter the occupied homes.

Tiffany Loflin said her family was not home when thieves broke into her house in Tampa. She thinks the family's Dalmatian scared them out of her home.

"I think whenever they came to the door, he started barking and was really loud, deep bark especially in the middle of the night, 4 a.m.," said Tiffany Loflin.

She said her daughter arrived home first and found the garage door open and the door leading into their home.

"The garage was open so I thought my mom left it open but when the door was wide open. It was kind of off," said Tiyana Samuel.

Some of the burglaries happened at homes located off of Bruce B. Downs Boulevard in Tampa.

"I think they were looking for very specific items either high-end electronics in your vehicles or in your homes if they could get in or possibly weapons," said Carolina Jones.

One homeowner shared his story on Facebook. He wrote, "I was in the living room and saw the door open. They saw me and ran out when I jumped up and went after them."

Neighbors said the break-ins happened early in the morning between 4 and 5 a.m.

Homeowners said it appears nothing was stolen except a television from inside one of the homes.

Neighbors said they will be locking their doors and adding more cameras throughout the neighborhood.

HCSO said they would like to remind residents to keep their vehicles locked, even in their driveways.

"This case should also serve as a reminder to never leave your garage door opener in your vehicle."