Two-vehicle wreck knocks out power to part of Highlands County 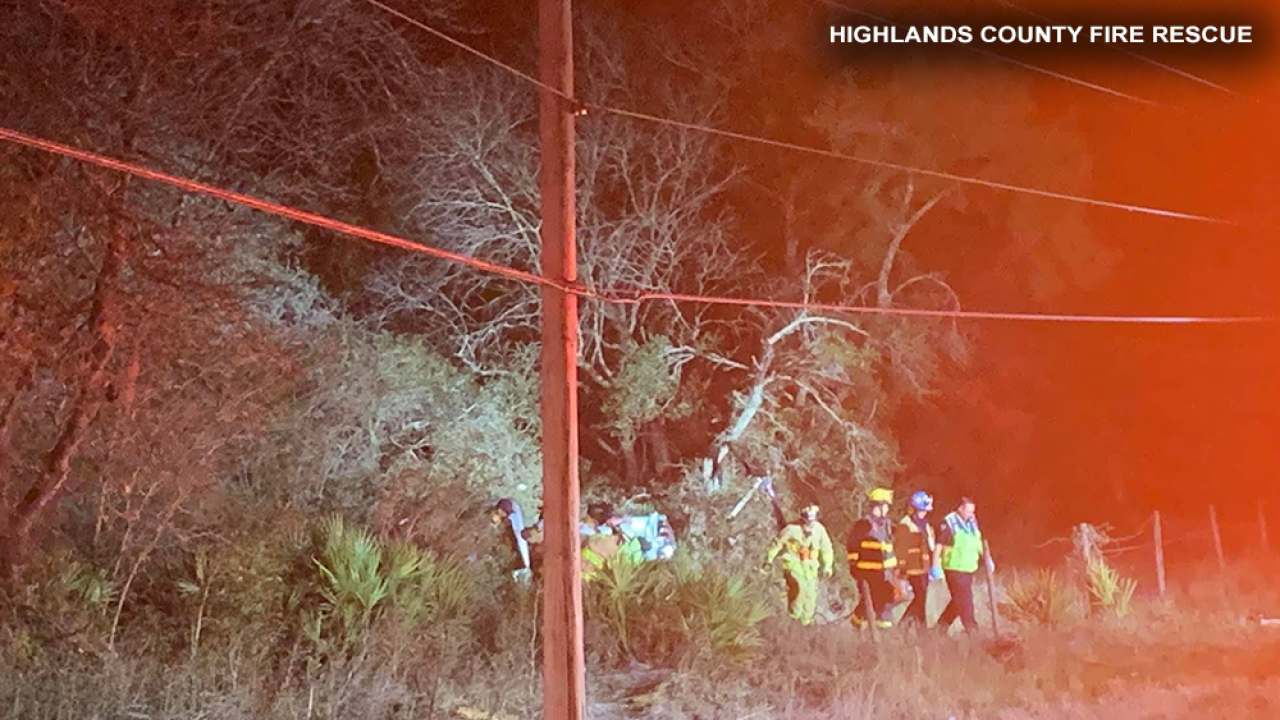 HIGHLANDS COUNTY, Fla. -- A neighborhood is left in the dark after a two-vehicle crash in Highlands County Monday night.

Officials did not specify how many people are left in the dark from this crash but according to Duke Energy's outage map, 30 customers are without power in the area.

One person was taken to the hospital from the crash.

The Florida Highway Patrol is investigating the crash.