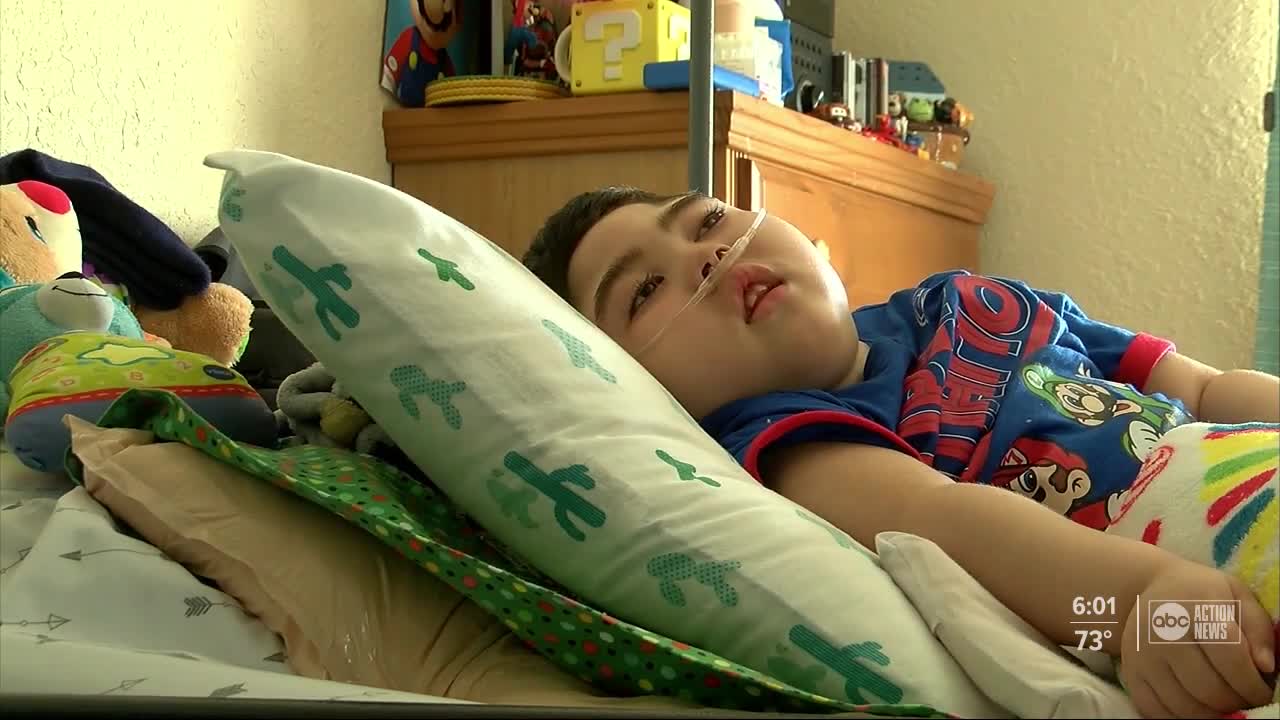 A Highlands County mother wants you to think of her son before you get behind the wheel intoxicated during the holidays. 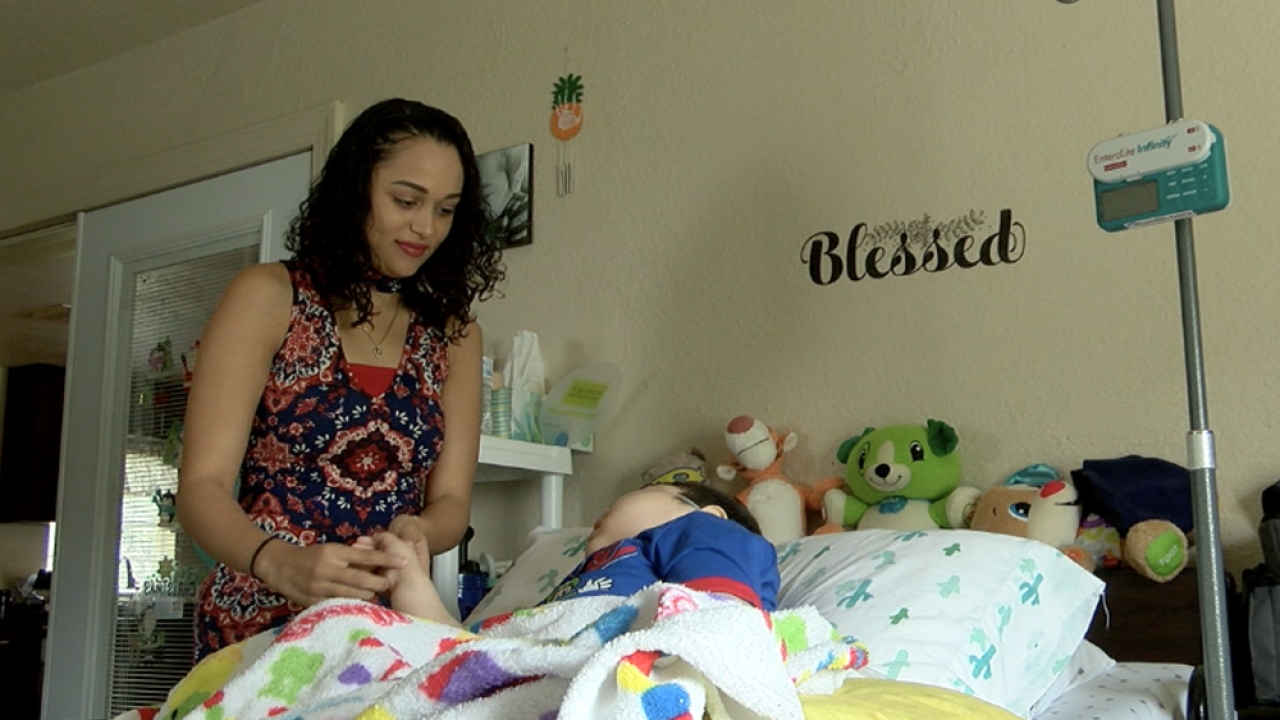 SEBRING, Fla. — A Highlands County mother wants you to think of her son before you get behind the wheel intoxicated during the holidays.

Isamar Gonzalez's day is full of alarms. She cares day and night, around the clock for her 4-year old son, Ezekiel.

"He has medications around the clock. He has to be repositioned, he has diaper changes, since he can't swallow properly we're constantly on top of the suction because he's either choking on it or could be draining into the lungs so we want to make sure he's always clear," said Gonzalez.

The 25-year old mother has been by his side for the last 4 years, keeping a recliner in his room where she can keep watch at night. She says he suffers daily seizures, relies on feeding tubes and oxygen, is taken to the hospital at least monthly and that doctors don't think he can see. It's the impact after a drunk driver hit a then pregnant Gonzalez in 2015.

"Our life is completely changed," she said.

Gonzalez said she was on her way home from the hospital with her then husband after getting checked out. According to the offense reports, Highlands County Sheriff's Office investigators believed Ricardo's vehicle was traveling on the center line of Highlands Ave. Gonzalez's husband told investigators he tried to swerve to avoid him, but was hit on the passenger side.

Gonzalez said she had to undergo a c-section, she had a placenta abruption, had a broken pelvis, kidney laceration and a collapsed lung. Her son, she said suffered brain damage.

"On day to day he's smiling he's comfortable but then when he's in the hospital or ICU that's when I see him truly suffering and that's when i think back about everything that happened," she said.

According to court records, a jury found Ricardo Espildora guilty of DUI serious bodily injury. According to offense reports, his blood sample came back at .087. Espildora is now appealing.

But Gonzalez took him to civil court.

This week, a jury awarded her more than $200 million in the civil case.

"It speaks particularly to this jury feeling this pain feeling this suffering and wanting to send a message that this is not right something like this should not happen without consequences," said another attorney representing Gonzalez, Andres Oliveros.

Gonzalez said she thinks all the time about not wanting another family to go through this. Especially as drivers hit the road during the holidays.

"Be aware you know. Listen to this story. Look at Ezekiel and think you know," Gonzalez said. "No one gets behind the wheel drunk and they're this evil person you know some of them are family members that we care about so much. So I would say to avoid something like this happening to them, just be careful. Even if you feel fine. Just think about it again and stay home or wait."

Gonzalez said she knows they likely won't see $200 million, but for her it was never about money.

"It was all for Ezekiel," she said.

In fact, her attorneys said the only thing she's asked for has been a new van to drive Ezekiel to the hospital.

When she looks at her son, her first thought isn't the challenges he fights each day.

"I just love him. I just see my baby. Even though he has all these difficulties he has to deal with i still just see my son," she said.