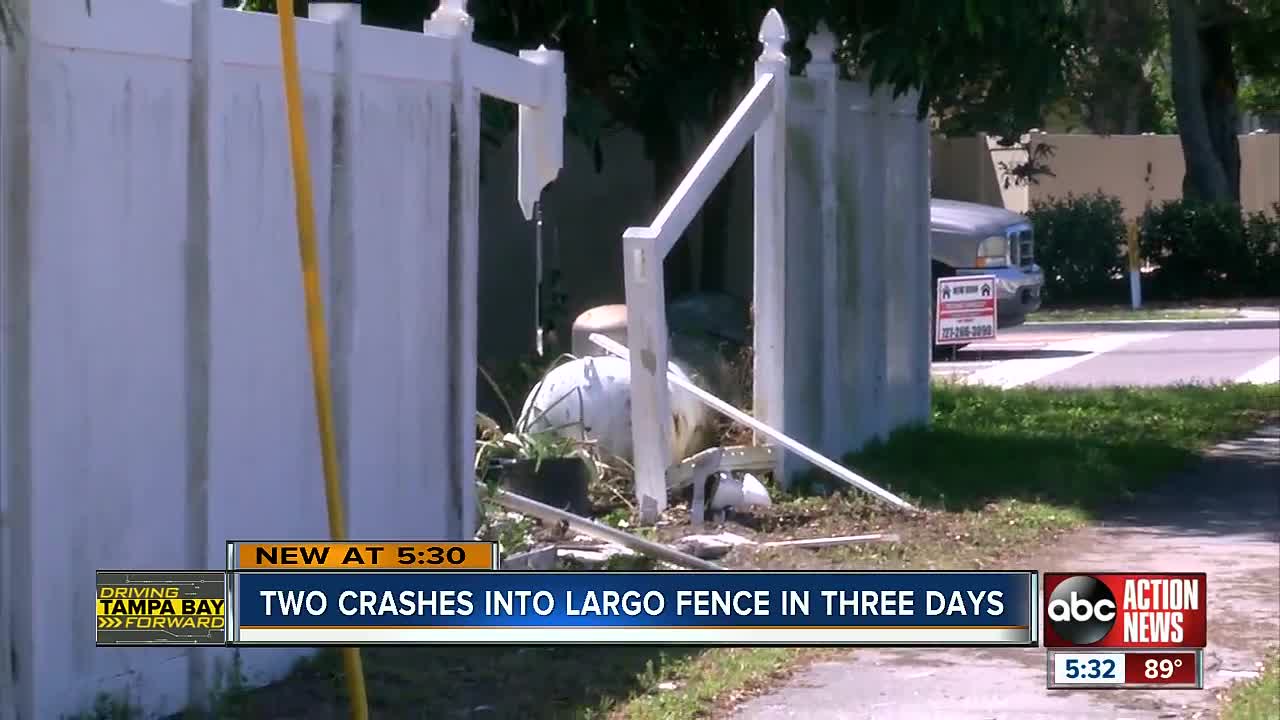 Two cars crash through fences just feet apart within days of each other. 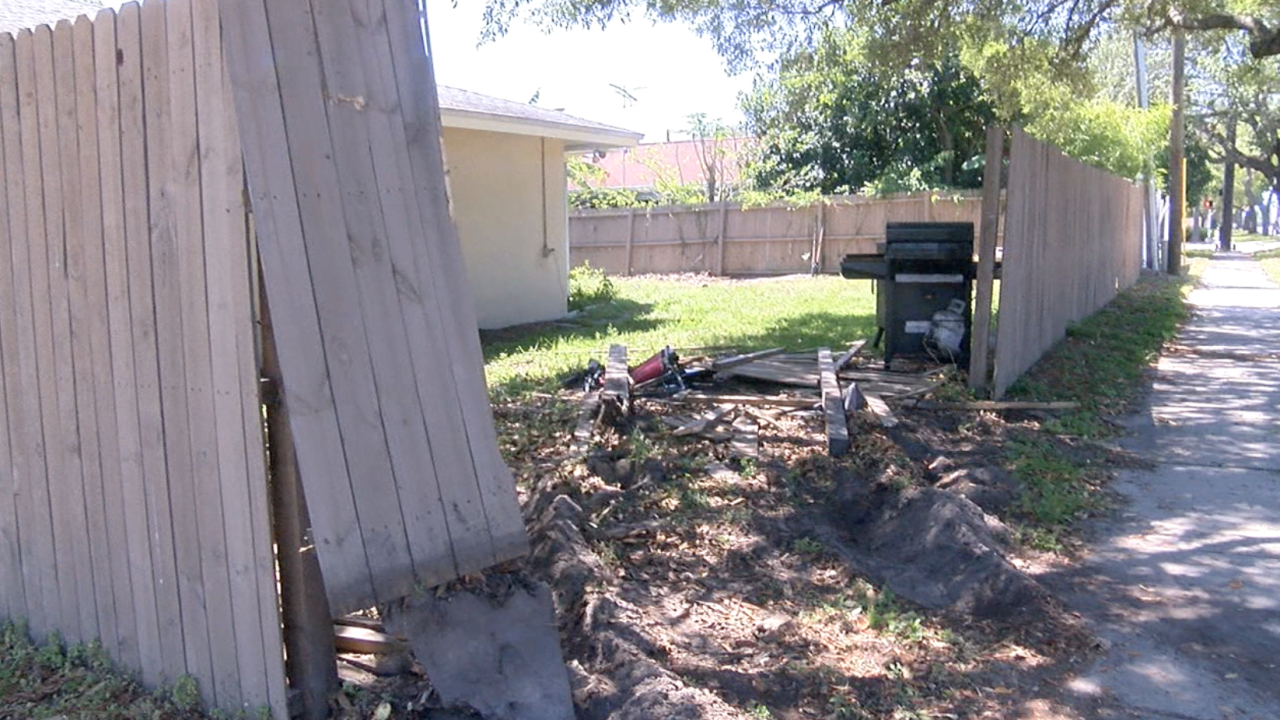 LARGO, Fla. — Two cars crashed through fences just feet apart within days of each other.

"It sounded like a normal crash," said Kyle Hillyer.

Hillyer says he was getting ready for work while his roommates were sleeping.

"We live on an intersection so people crash all the time," said Hillyer.

But this time was different.

"I looked through the window to see what it was and there was a truck that had come through the fence with someone sitting inside," said Hillyer.

Hillyer says the man seemed to have had a medical emergency.

He says the man was taken away in an ambulance and his condition is unknown.

Hillyer says this thick wooden stake that he cemented feet into the ground to hold a pull-up bar is what stopped the situation from being much worse.

"My cousin was sleeping right there so if that pull-up bar wasn’t there, it would’ve been straight into his room," said Hillyer.

Last week, another car came crashing into the fence behind their home, just feet away. Law enforcement says there have been six reported accidents at the intersection of Keene and Belleair in Largo this year so far and in 2018 there were 23 crashes.

Other neighbors say people driving too fast and running red lights is the problem.