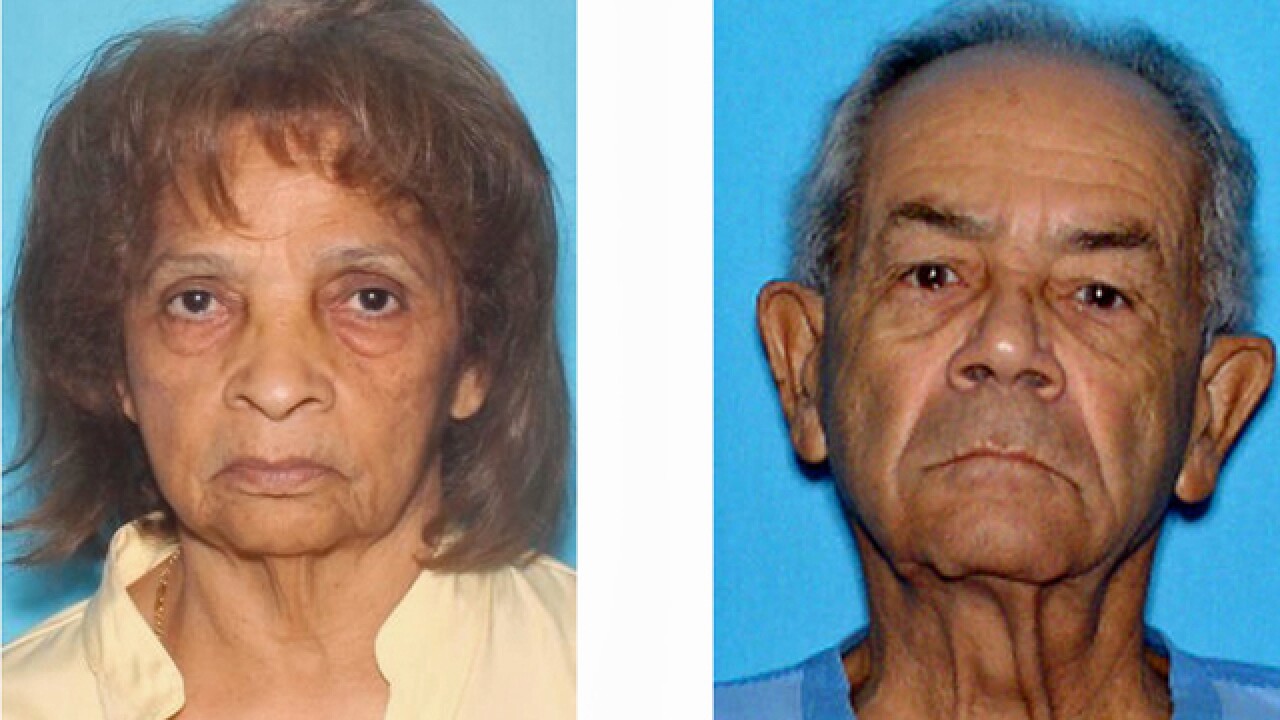 UPDATE | Felipe Caride and Juanita Garcia were found in Taylor County, FL after their vehicle ran out of gas on U.S. 19. They will be reunited with their family shortly.

ORIGINAL STORY | A Silver Alert has been issued after two elderly people in Hernando County were reported missing.

Juanita Garcia has dementia and Felipe Caride has started showing signs of dementia.

They were last seen Monday at about 4 p.m. when they left their Glade Rd. home in Spring Hill.

The two reportedly may be traveling to Texas, and the last ping on their cell phone showed them near Perry, heading north on U.S. 19.

If anyone has seen Caride's vehicle, or know their current whereabouts, please call the Hernando County Sheriff's Office at 352-754-6830 or your local law enforcement agency.