Authorities says a grandmother and granddaughter are both in critical condition following a serious motorcycle crash.

SPRING HILL, Fla. — Authorities says a grandmother and granddaughter are both in critical condition following a serious motorcycle crash.

Brenda Davis, 54, was picking her granddaughter up from her bus stop Thursday when she lost control of her motorcycle, according to the Florida Highway Patrol.

After the granddaughter mounted the motorcycle, Davis attempted to make a left turn but the motorcycle accelerated too much, FHP says. She was unable to make the turn and the vehicle instead traveled off the roadway.

FHP says the motorcycle traveled across the driveway of one home and into the side of another. 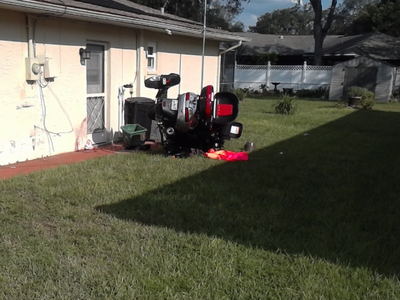 Authorities say charges are pending against Davis. No other information has been released at this time.