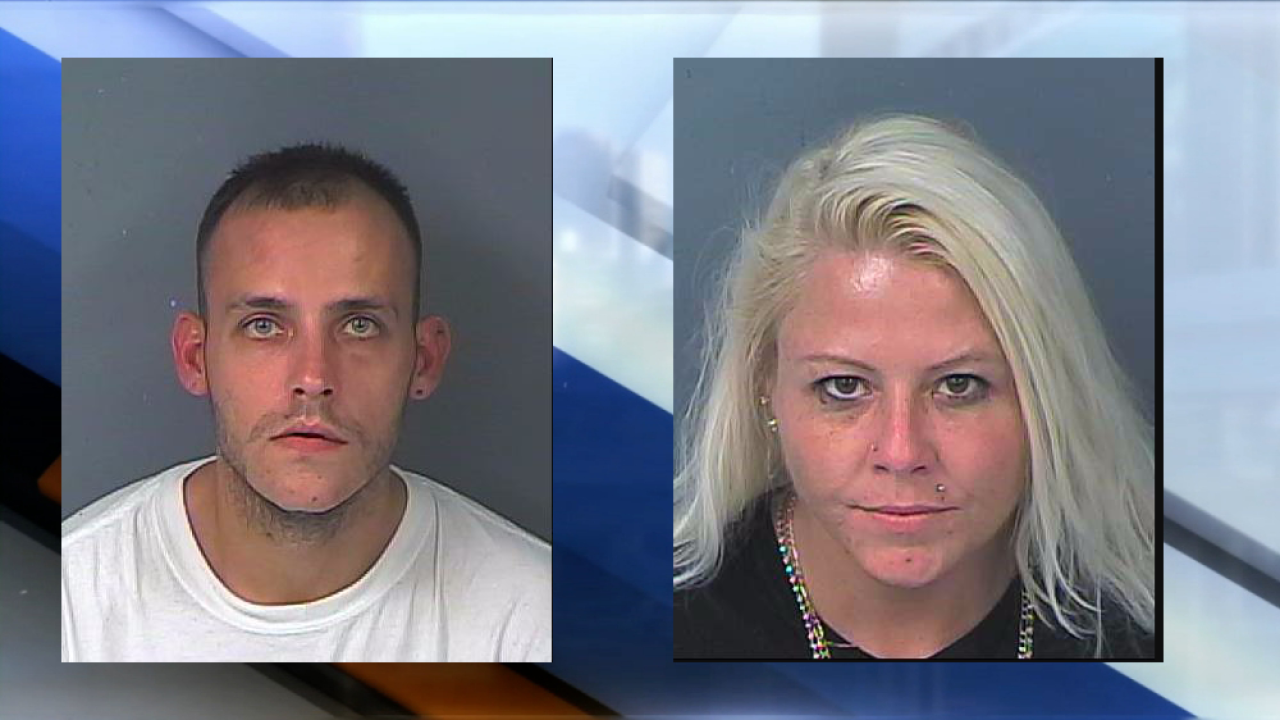 BROOKSVILLE, Fla. — A couple found passed out in their car at a gas pump now face charges after deputies discovered drugs and multiple items of stolen merchandise inside their vehicle, according to the sheriff's office.

Deputies were dispatched to the Sunoco on Broad Street around 8 a.m. on Tuesday after witnesses called to report the couple passed out at the pump.

Deputies say when they arrived the couple was standing outside of the car, having already spoken with paramedics. Both consented to a search of the vehicle, according to the sheriff's office.

Inside the Nissan Altima deputies found:

According to deputies, all the electronic items were still in their original boxes.

After their arrest, deputies say Nutt confessed to stealing all the items that were pawned and Eisenhart admitted to pawning them. Deputies say Nutt didn't have any type of ID and was well-known for pawning stolen items, so Eisenhart pawned them instead.

Both confessed to committing the crimes to support their drug addiction, according to authorities. Nutt and Eisenhart were both arrested and deputies linked them to several retail theft cases from various counties in the state.

Eisenhart is charged with 14 counts dealing in stolen property, 12 counts defrauding a pawn broker and possession of paraphernalia. Her bond is set at $132,000.

Nutt is charged with 10 counts dealing in stolen property, organized fraud and possession of paraphernalia. His bond is set at $52,000.