A man came to her window between 10 p.m. and 3 a.m. overnight Tuesday and knocked. She unlocked the window. 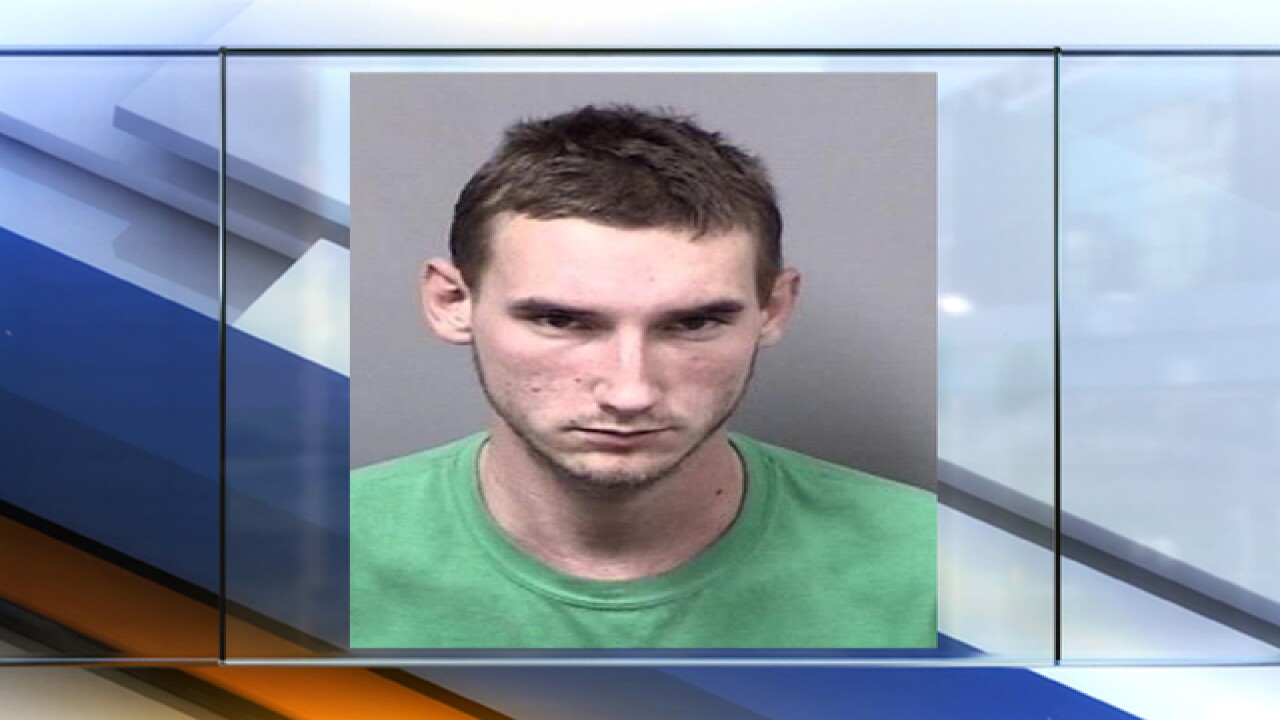 Prosecutors have charged an Inverness man with kidnapping after an 8-year-old girl managed to escape her captor.

Jeffery Story, 20, is accused of nabbing the young girl through her bedroom window in the middle of the night.

The young girl told her story to police. Below summarizes the details of her account:

A man came to her window between 10 p.m. and 3 a.m. overnight Tuesday and knocked. She unlocked the window.

Dressed in dark clothing, gloves and a face covering, he grabbed her by the wrist and pulled her out of the room. She screamed, but no one seemed to hear her.

He led her to his home, into his garage. He removed the face covering, duct taped her mouth and put her on a couch.

Then, he left the garage and went into the main part of the house. She saw her opportunity and ran out a side door, but he was already on his way back. He gave chase.

Both yelling, she ran back to her house and managed to make it inside safely, but he wasn't done. He told her that if she told anyone about what happened, he'd come back the next day and ship her out of the country, away from her friends and family.

The young girl was too afraid to tell anyone that night. She went and slept in her mother's bed for the rest of the night. The mother said this was unusual, but didn't have any idea what her daughter had just gone through.

Through her bravery in escaping and telling authorities what happened, evidence led to Story's arrest. He was jailed on $75,000 bond with a required GPS monitor should he post bail. He faces charges including burglary with battery, violation of probation and kidnapping.

Captain Brad Smith of Citrus County Sheriff's Office said he's extremely thankful the girl is safe and unharmed, and he wants to get to the bottom of the case.

"We hope to determine through this investigation what this man's full intentions were in taking this little girl," said Smith.

The young girl first told a teacher what happened, who then notified a school resource officer. Detectives and a child protection team took on the investigation from there.

Sherry Davis is Jeffrey Story's mother; she said she is angry at her son and devastated about the arrest.

"My concern right now though is for the little girl, and I hope that she gets the help she needs... and Jeff is where he needs to be and where he deserves to be," Davis said.

Davis said she has spoken to the victim's family, but she did not want to disclose any details about their conversation.

"My son has destroyed the life of a little girl," Davis said.

Davis said her son has been getting into trouble since he was eight years old. She said they have put him in mental institutions in the past to get him help.