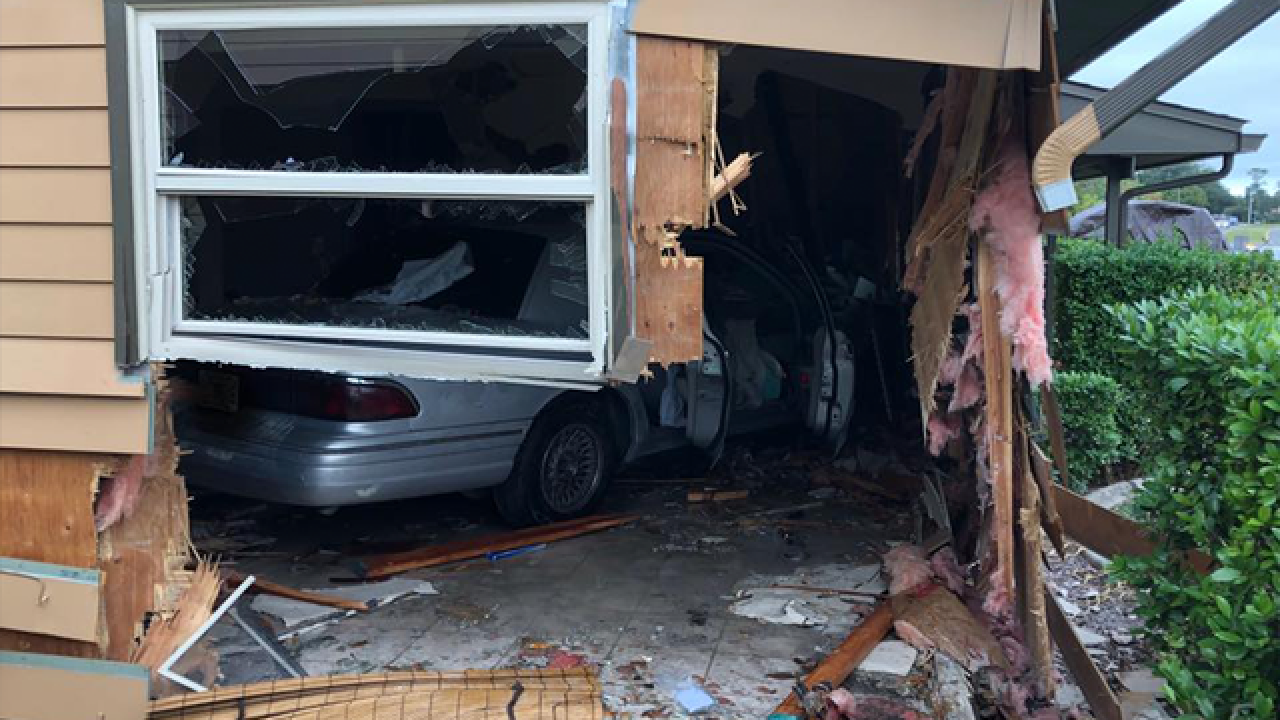 SPRING HILL, Fla. — A car crashed into a Spring Hill home on Wednesday morning, after the driver suffered a medical episode, officials say.

When deputies arrived on scene they found the female driver trapped inside her vehicle. The vehicle had come to rest inside the master bedroom of the home.

Deputies say the woman appeared to have suffered from a medical episode as she was driving westbound on Northcliffe Boulevard.

The woman's vehicle struck a mailbox and a street sign prior to crashing into the house, deputies say.

The woman was transported to the hospital as a precaution. She suffered only minor injuries in the crash.

No one was home when the crash occurred.