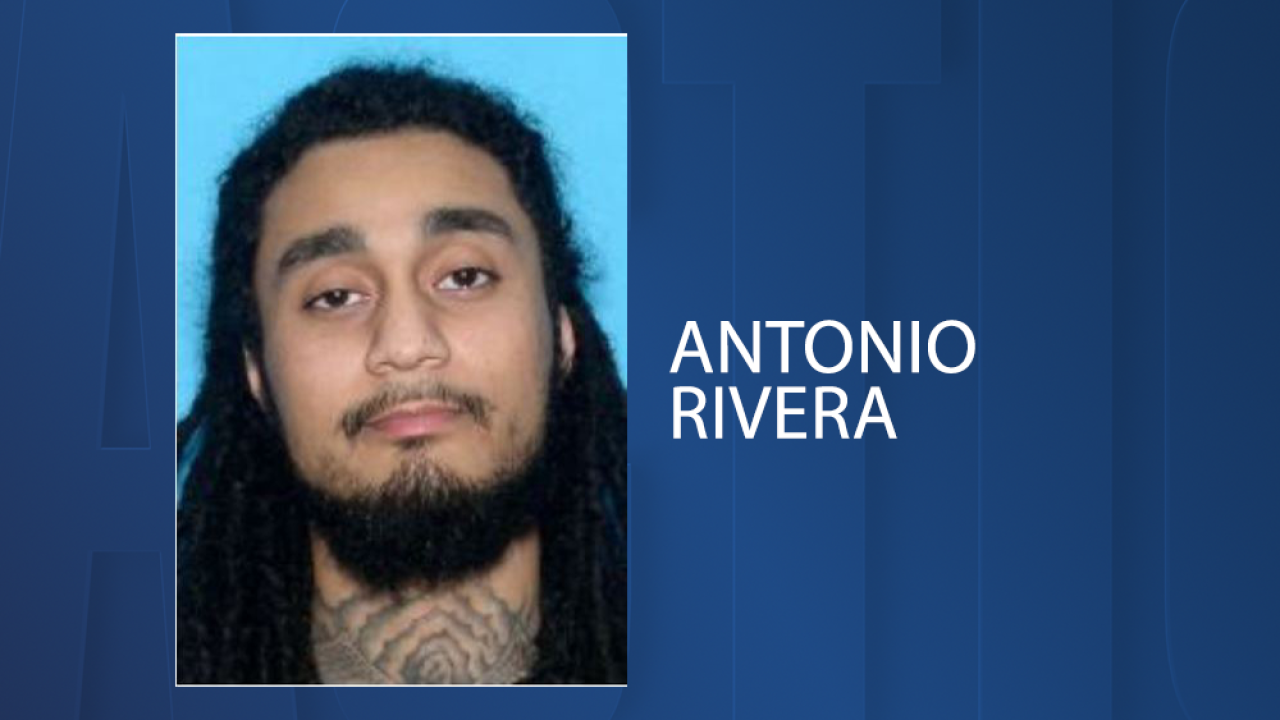 SPRING HILL, Fla. -- Deputies are searching for an "armed and dangerous" man accused of shooting and killing another man outside of a Spring Hill home.

According to the Hernando County Sheriff's Office, 27-year-old Antonio Rafel Rivera shot the victim on Wednesday after an argument outside of a home on Bluestone Avenue.

Rivera is described as:

The sheriff's office says Rivera has a dove tattoo on his neck, the name "Nancy" on his left chest, a scroll with words on his right chest, and more tattoos on his entire chest and neck. Deputies say he also has a tattoo on his left hand.

Deputies say Rivera was renting a room in the home that the victim and his wife moved into recently. On Tuesday, authorities say the victim asked Rivera to move out of the house. The sheriff's office says it was over an "issue that arose" between the two men.

According to the sheriff's office, Rivera went back sometime after 5 p.m. on Wednesday to get his things. The victim's wife told deputies Rivera asked when the victim would be home and then waited outside after she told him she didn't know.

The victim showed up around 40 minutes later and got into an argument with Rivera outside, according to deputies.

Rivera then got onto a white motorcycle and drove away.

The victim was taken to a local hospital and pronounced dead shortly after 6:30 p.m.

The sheriff's office says several witnesses who were present or close by at the time of the shooting positively identified Rivera as the suspect.

Rivera is considered armed and dangerous. The sheriff's office is asking anyone with information to call Detective Chris Kraft at 352-754-6830, and to report sightings to 911.