This past week, a bloom of K. brevis was observed on Florida's East Coast for the first time.

In our area, concentrations generally decreased in the areas of Manatee, Sarasota, Charlotte, Lee and Collier counties.

However, K. brevis was observed in high concentrations in Pinellas, Hillsborough, Sarasota and Lee Counties. 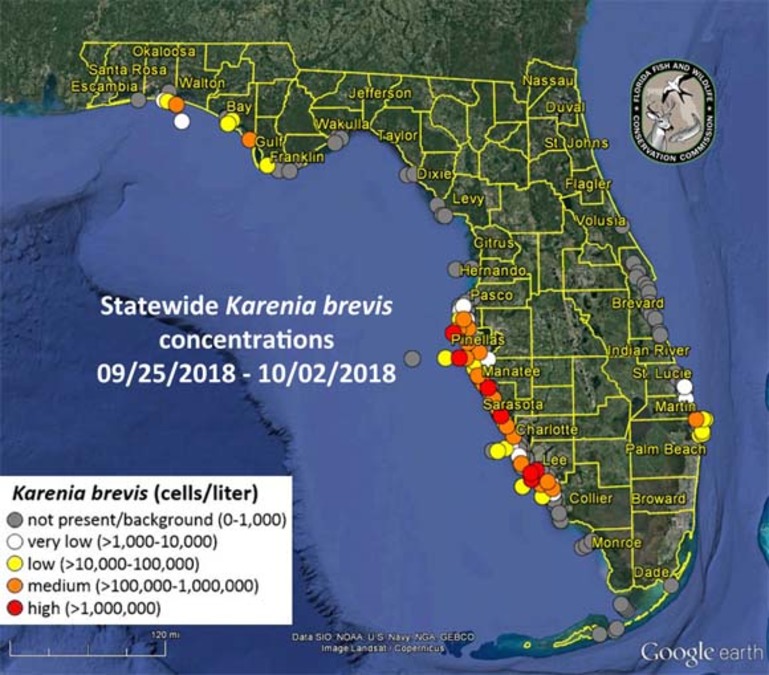 Forecasts by the USF-FWC Collaboration for Prediction of Red TidesExternal Website for Pinellas to northern Monroe counties predict northwestern transport of surface waters and net southeastern movement of subsurface waters for most areas over the next three days.

Forecasts for Pasco County predict northwestern transport of surface waters and eastern movement of subsurface waters over the next 3 days.