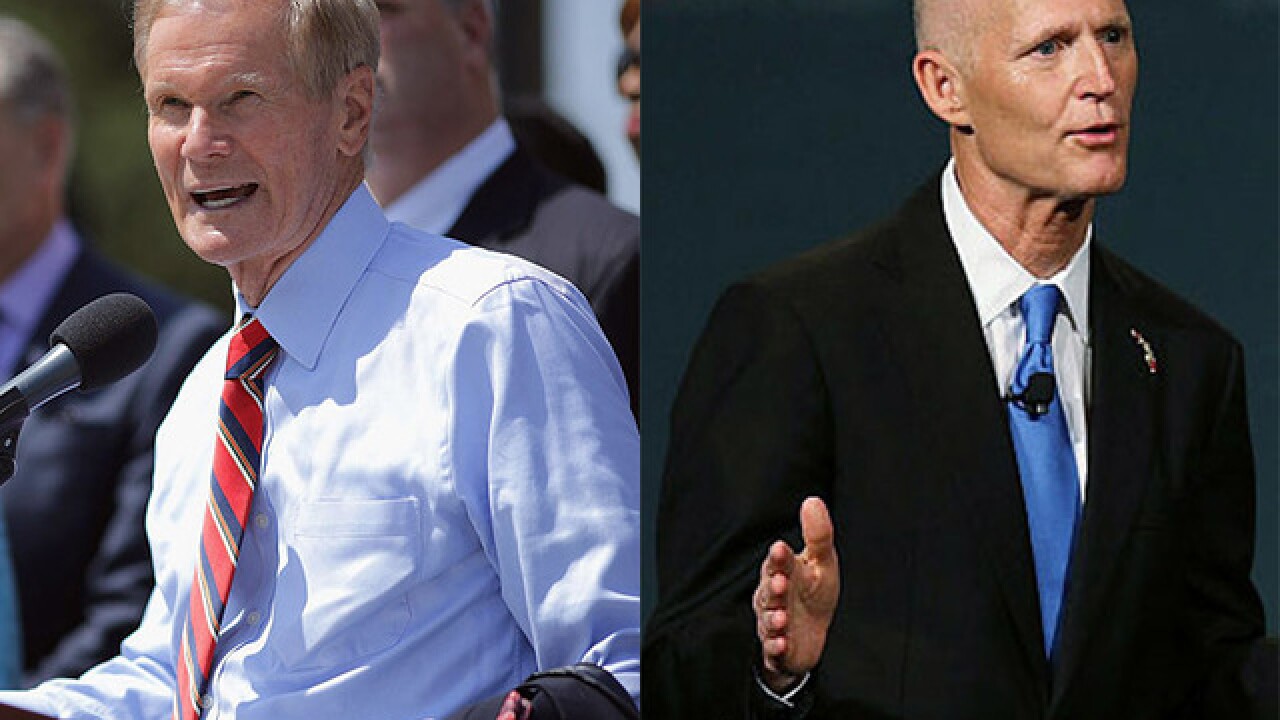 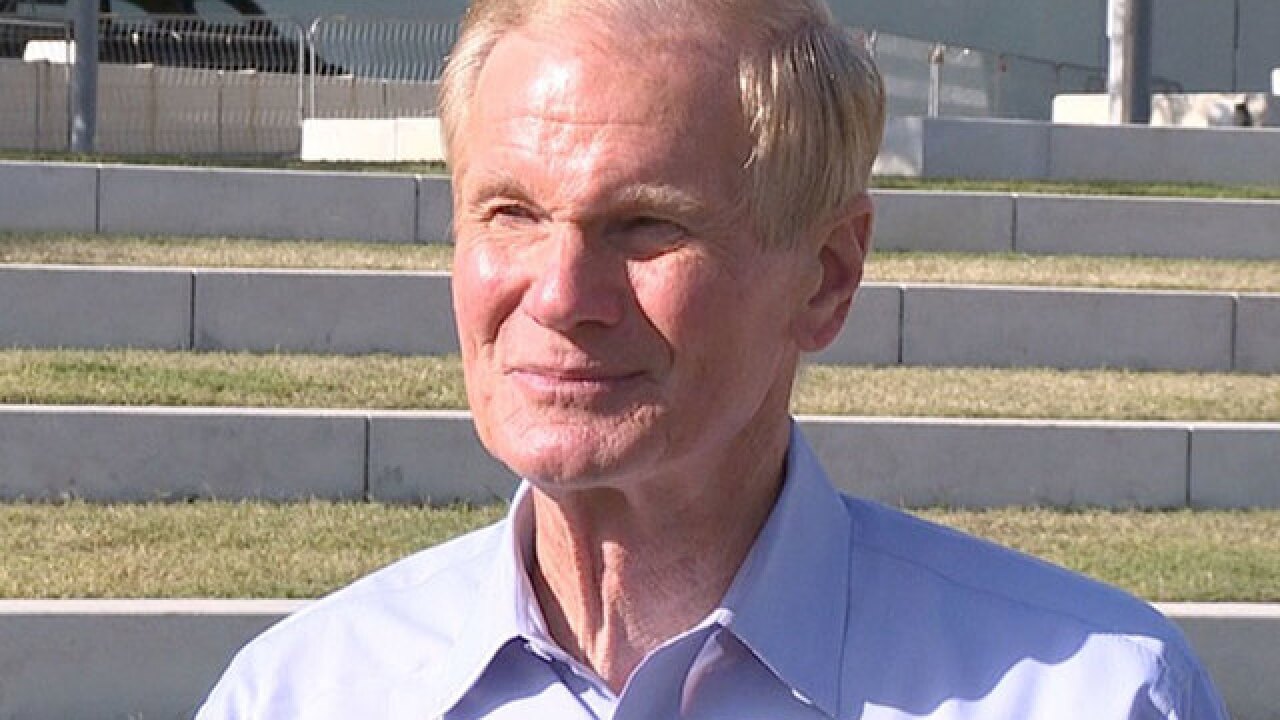 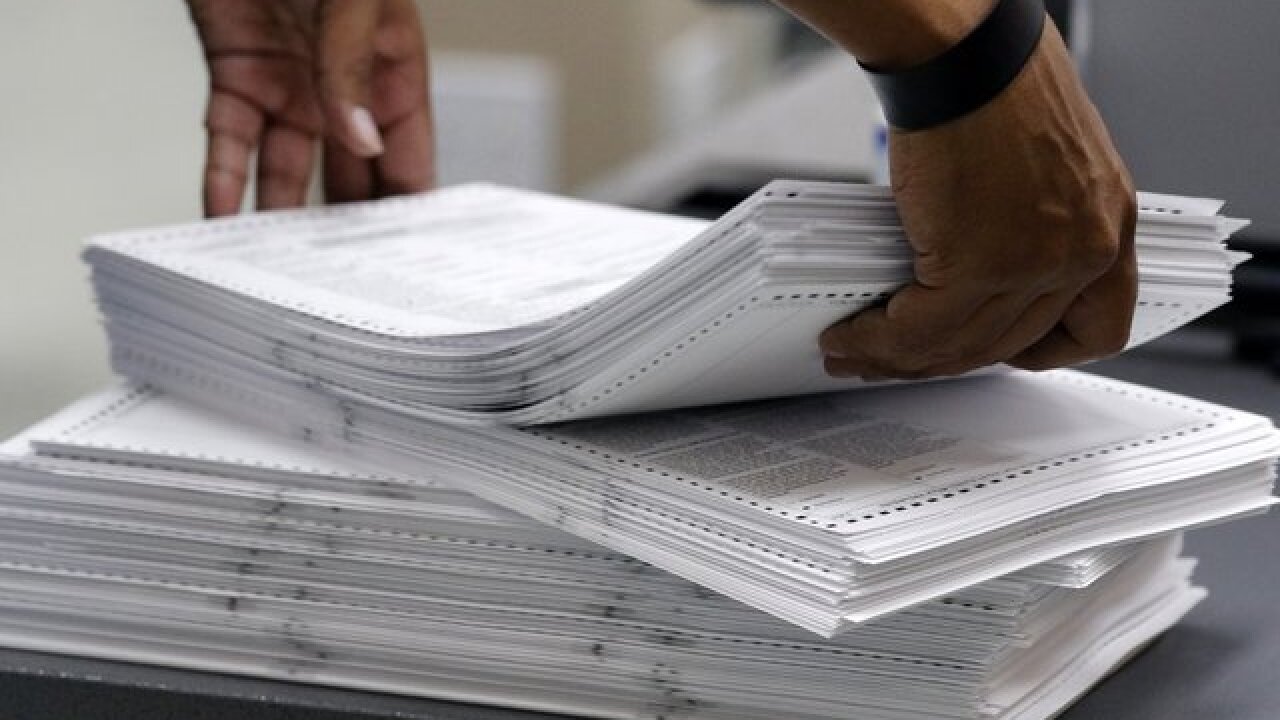 A local media report says an embattled county elections official in Florida will be resigning early next year.

The South Florida Sun-Sentinel reported late Sunday that Broward County Supervisor of Elections Brenda Snipes had turned in her resignation letter earlier in the day. The report cited an attorney who works as counsel to the Broward elections office, Burnadette Norris-Weeks, as saying Snipes is to step down from her post in January.

Snipes has been the top elections official in the south Florida county since 2003 when then-Gov. Jeb Bush appointed her. She came under withering criticism for her handling of this year’s elections in the populous county as well as its legally required recount in close races for governor and U.S. Senate.

On Saturday, Snipes acknowledged that her office had misplaced more than 2,000 ballots during the recount.

She couldn’t immediately be reached late Sunday for comment on the report.

Gov. Rick Scott, who has the power to remove Snipes from office, was among those sharply critical of Snipes.

U.S. Sen Bill Nelson says in giving up his re-election bid that “things worked out a little differently than ... I had hoped.”

The veteran Capitol Hill Democrat conceded his razor-thin race Sunday to Republican Rick Scott with a video statement on the same day Florida’s counties had to submit their official results from a sometimes bumpy recount. Those results showed the three-term incumbent had trailed Scott by more than 10,000 votes.

Scott says in the statement that “It has been a rewarding journey as well as a very humbling experience.”

“I was not victorious in this race but I still wish to strongly re-affirm the cause for which we fought: A public office is a public trust,” he added.

Scott thanked all his supports, including those who worked his campaign and contributed time and resources to the election effort, adding, “And with an optimistic heart, I wish to say something else: We may have been heavily outspent in this campaign, but we were never outworked.”

U.S. Sen Bill Nelson ended his bitterly close re-election bid Sunday by conceding to Republican Rick Scott, Florida’s outgoing governor. Nelson gave up the fight on a day when Florida’s counties had to submit their official results after a sometimes bumpy recount. Those results showed the three-term incumbent trailed Scott by more than 10,000 votes.

Trump tweeted Sunday in support of Scott, writing, “He was a great Governor and will be even a greater Senator in representing the People of Florida. Congratulations to Rick on having waged such a courageous and successful campaign!

“I was not victorious in this race but I still wish to strongly re-affirm the cause for which we fought: A public office is a public trust," Nelson “I will continue to fight on and on for the inalienable human rights that are the soul and glory of the American experiment: civil rights, women’s rights, LGBT rights, and the sacred right to vote."

Nelson gave up the fight Sunday to Florida’s outgoing governor on a day when Florida’s counties had to submit their official results. Those results showed that the three-term incumbent trailed Scott by more than 10,000 votes.

Nelson’s concession capped tumultuous days of recounting and political tension in the perennial presidential swing state. It also will likely end the long-running political career of the 76-year-old Nelson. He was first elected to Congress nearly 40 years ago and then to the Senate in 2000.

Nelson and Democrats had filed several lawsuits over the recount, but a federal judge rejected most of them.

Florida will not officially certify the final totals until Tuesday.

This comes as the election supervisor in Palm Beach County, Susan Bucher, says they made the deadline by one second.

The defeat ends Nelson’s lengthy political career. The three-term incumbent was first elected to the U.S. Senate in 2000. Before that he served six terms in the U.S. House and as state treasurer and insurance commissioner for six years.

Scott spent more than $60 million of his own money on ads that portrayed Nelson as out-of-touch and ineffective. Nelson responded by questioning Scott’s ethics and saying he would be under the sway of President Donald Trump.

His statement in full:

"I just spoke with Senator Bill Nelson, who graciously conceded, and I thanked him for his years of public service. This victory would not be possible without the hard work of so many people. Now the campaign truly is behind us, and that’s where we need to leave it. We must do what Americans have always done: come together for the good of our state and our country. My focus will not be on looking backward, but on doing exactly what I ran on: Making Washington Work. I know change is never popular in Washington and that I’m just one person – but we have to start somewhere. Over the past eight years, we brought great change to Florida. Now, we have the opportunity to do even more. Let’s get to work."

Results posted Sunday show after a recount Nikki Fried defeated Republican Matt Caldwell by 6,753 votes out of 8 million cast. That’s about one vote out of every 2,000 cast.

If the results are certified Tuesday, Fried will replace Republican Adam Putnam in January. He was barred from seeking a third term and ran unsuccessfully for the Republican gubernatorial nomination.

Fried would replace apparently ousted U.S. Sen. Bill Nelson as the only Florida Democrat holding statewide office. The governor, the other two Cabinet positions and both senators will be Republicans.

Bill Nelson will make a statement at 3 p.m. following the competition of the statewide recount.

Nikki Fried, the Democratic candidate for Commissioner of Agriculture declares victory on twitter.

To everyone who put their lives on hold and worked to see the recount process through, to protect the integrity of our democracy—thank you.

I'm honored to serve as your next Commissioner of Agriculture. Now, we come together and work in union to govern for the people of Florida.

The results show that Scott is poised to end Nelson’s lengthy political career. The three-term incumbent was first elected to the U.S. Senate in 2000. Nelson has scheduled an announcement later Sunday afternoon.

Scott spent more than $60 million of his own money on ads that portrayed Nelson as out-of-touch and ineffective. Nelson responded by questioning Scott’s ethics and saying he would be under the sway of President Donald Trump.

Florida counties have hit the deadline for submitting official results in this year’s contentious midterm elections.

Counties had until noon on Sunday to finish up recounts and turn final totals in closely watched races for U.S. Senate and governor.

State election officials will officially certify the results on Tuesday.

Counties were legally required to do a machine recount after the initial results showed the race for governor and U.S. Senate very close. State officials then ordered a hand recount earlier in the week after the machine recount showed that Gov. Rick Scott led incumbent Democrat Bill Nelson by about 12,600 votes.

The deadline for the manual recount, for all 67 counties in the state, is Sunday at 12 p.m.

The campaign of Republican Ron DeSantis says it has no immediate response to Democrat Andrew Gillum’s concession in the Florida governor’s race but referred back to a statement Thursday in which DeSantis declared the contest “over.”

The earlier statement said the machine recount from the governor’s race was “clear and unambiguous” just as it was on Election Night and that “with the campaign now over,” DeSantis would be focusing to govern.

In that statement, DeSantis also said he was humbled by the support he received and called it a “great honor the people of Florida have shown me as I prepare to serve as your next governor.”

Gillum posted a live video on Facebook on Saturday afternoon congratulating DeSantis. Gillum had conceded to DeSantis on election night, but retracted it after the margin between the two candidates narrowed. The race went to a legally required recount, but after an initial machine recount, DeSantis still led Gillum by more than 30,000 votes.

Democrat Andrew Gillum says in ending his bid for Florida governor that the race “has been the journey of our lives” for the candidate and his wife R. Jai.

Gillum posted a live video on Facebook on Saturday afternoon congratulating DeSantis. Gillum had conceded to Republican Ron DeSantis on election night, but retracted it after the margin between the two candidates narrowed. The race went to a legally required recount, but after an initial machine recount DeSantis still led Gillum by more than 30,000 votes.

In a statement from his campaign late Saturday, Gillum recalled how he had vowed earlier to “fight until the last vote is counted.” He then adds that process has been gone its course and he wishes to congratulate DeSantis “on becoming the governor of the great state of Florida.”

Adds Gillum, “This fight for Florida continues and I just wanted to thank you all for being along with us for at least this part of the journey, but the journey continues.”

Democrat Andrew Gillum says he is ending his hard-fought race for Florida governor and has congratulated Republican Ron DeSantis.

Gillum posted a live video on Facebook on Saturday afternoon in which he congratulated DeSantis. Gillum had conceded to DeSantis on election night, but retracted it after the margin between the two candidates narrowed. The race went to a legally required recount, but after an initial machine recount DeSantis still led Gillum by more than 30,000 votes.

Gillum, who is Tallahassee’s mayor, isn’t saying what he plans to do next.

“Stay tuned,” he said in his brief remarks. Nonetheless, Gillum says he will remain politically active, adding “the fight for Florida continues.”

Gillum’s announcement came hours after President Donald Trump said on Twitter that Gillum will be a “strong Democrat warrior” and a “force to reckon with.”

There was no immediate response from DeSantis or his campaign.

A South Florida elections official says that her office has misplaced more than 2,000 ballots.

The South Florida Sun-Sentinel posted video Saturday of Broward County Supervisor of Elections Brenda Snipes saying that 2,040 ballots had been “misfiled.” Snipes did insist that the ballots were still in the elections building.

Snipes has already been under fire for the way her office has handled the election and recount.

Counties across the state are in the middle of a hand recount for two statewide races including the race for U.S. Senate.

Officials say most of Florida’s counties have finished their hand recount in the state’s contentious U.S. Senate races.

Counties have until noon on Sunday to report official results to the Department of State.

Several counties have posted hand recount updates on their websites. The totals for Nelson and Scott have changed slightly, but not significantly.