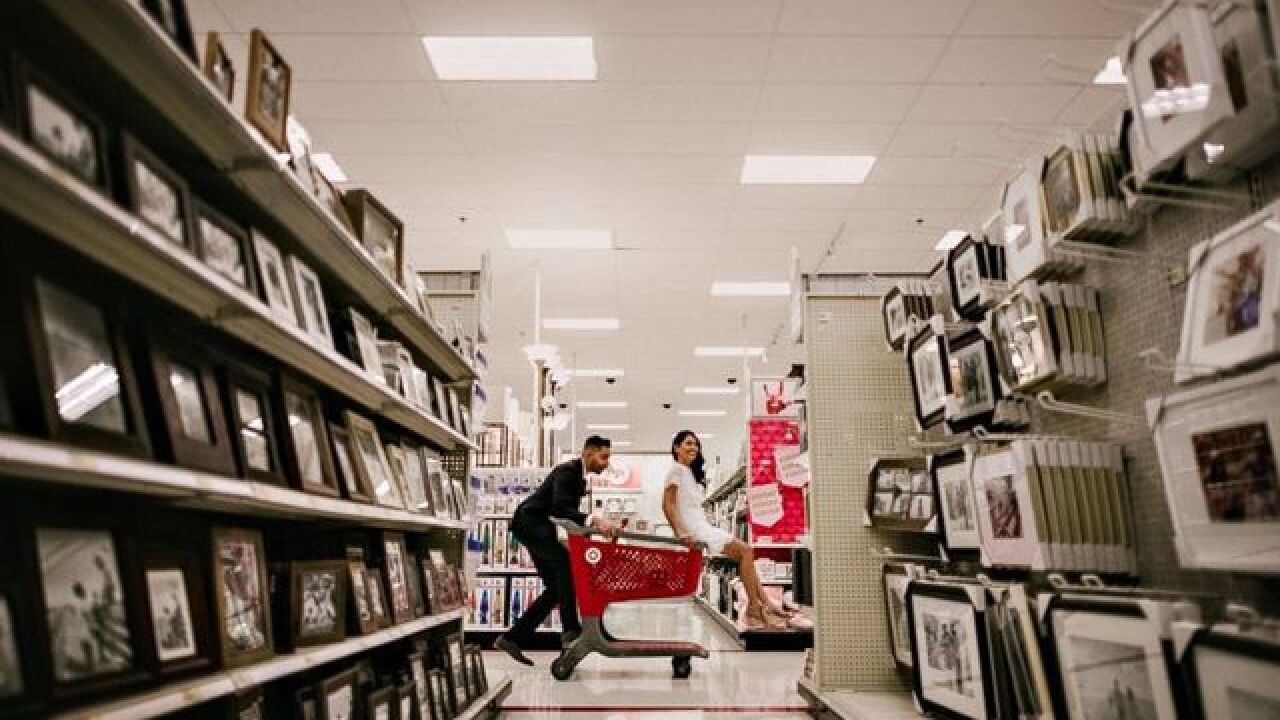 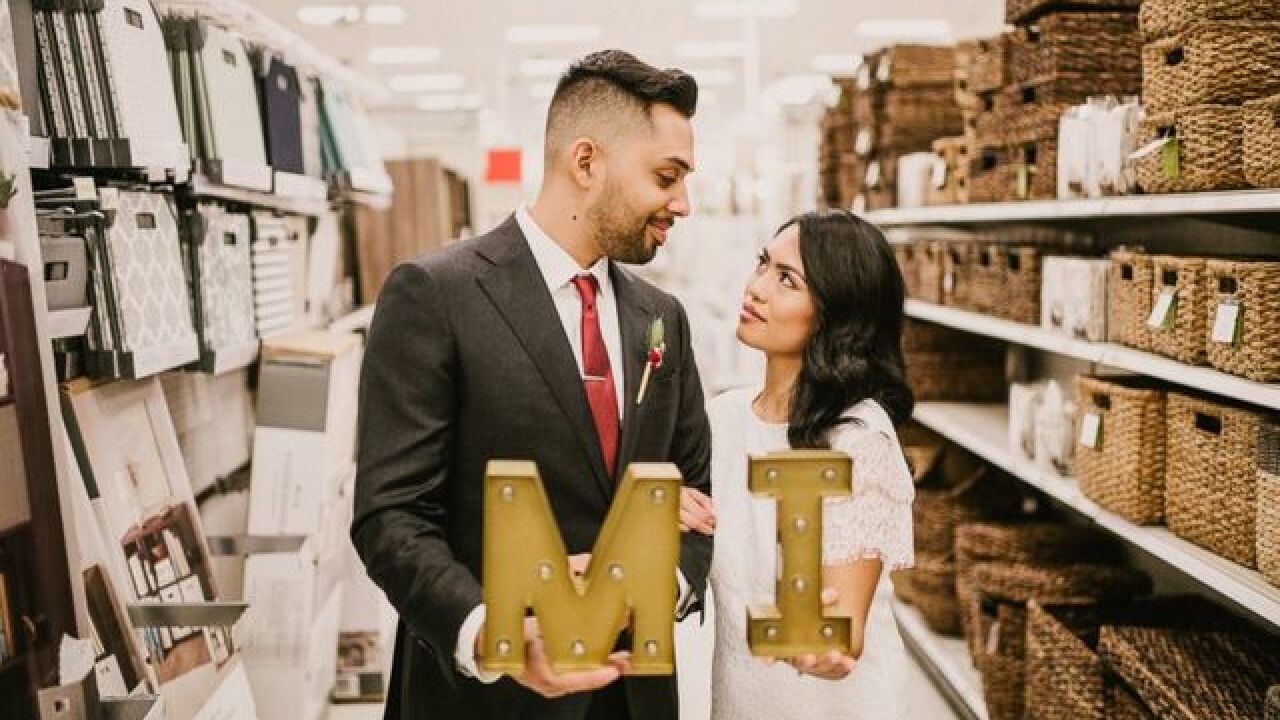 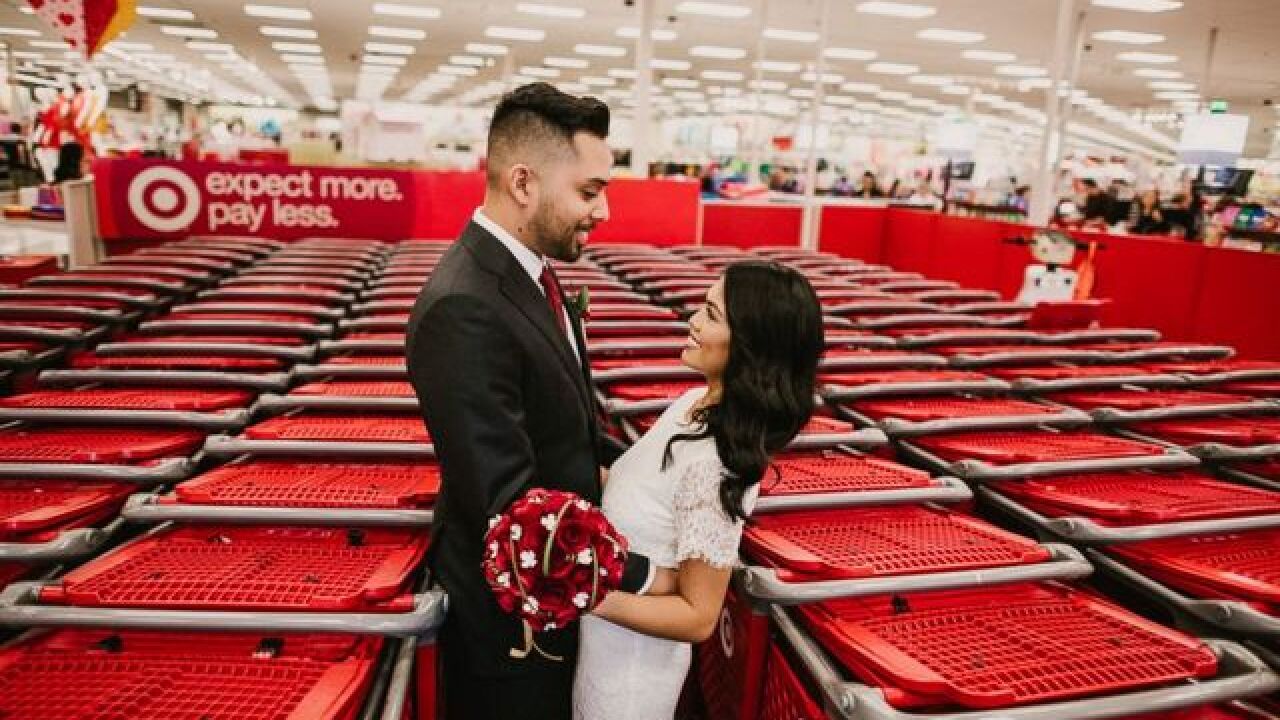 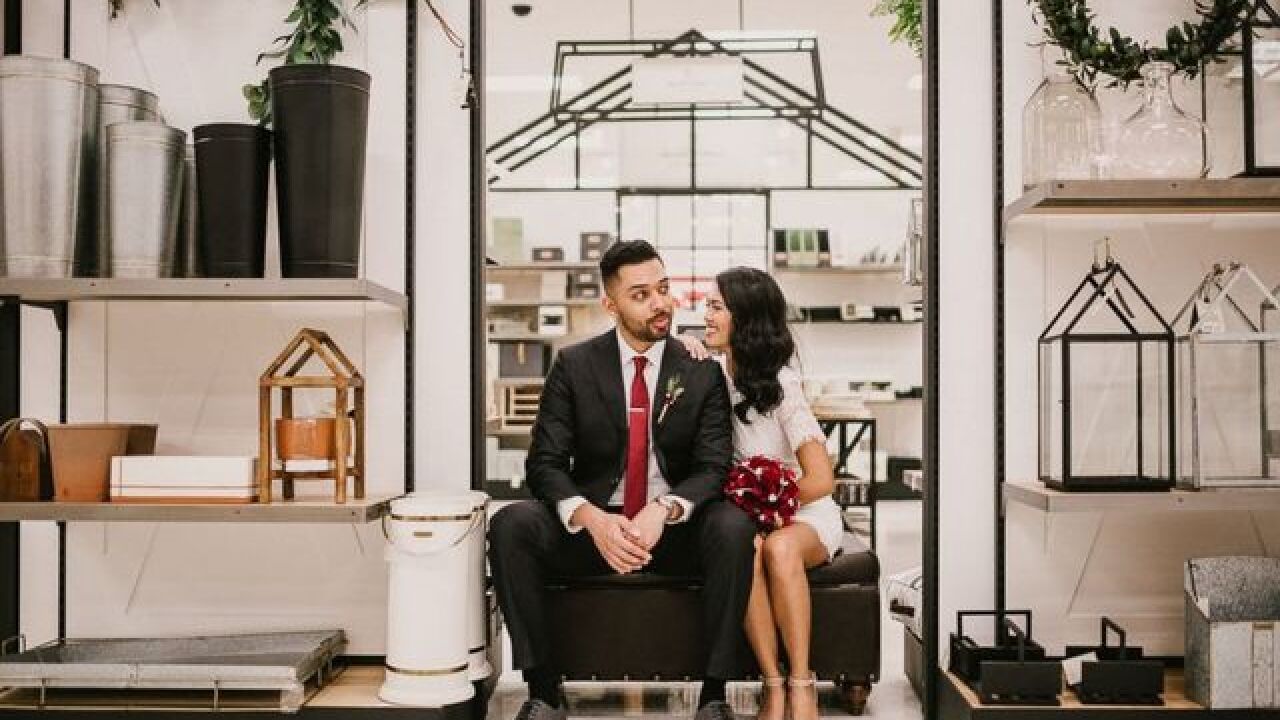 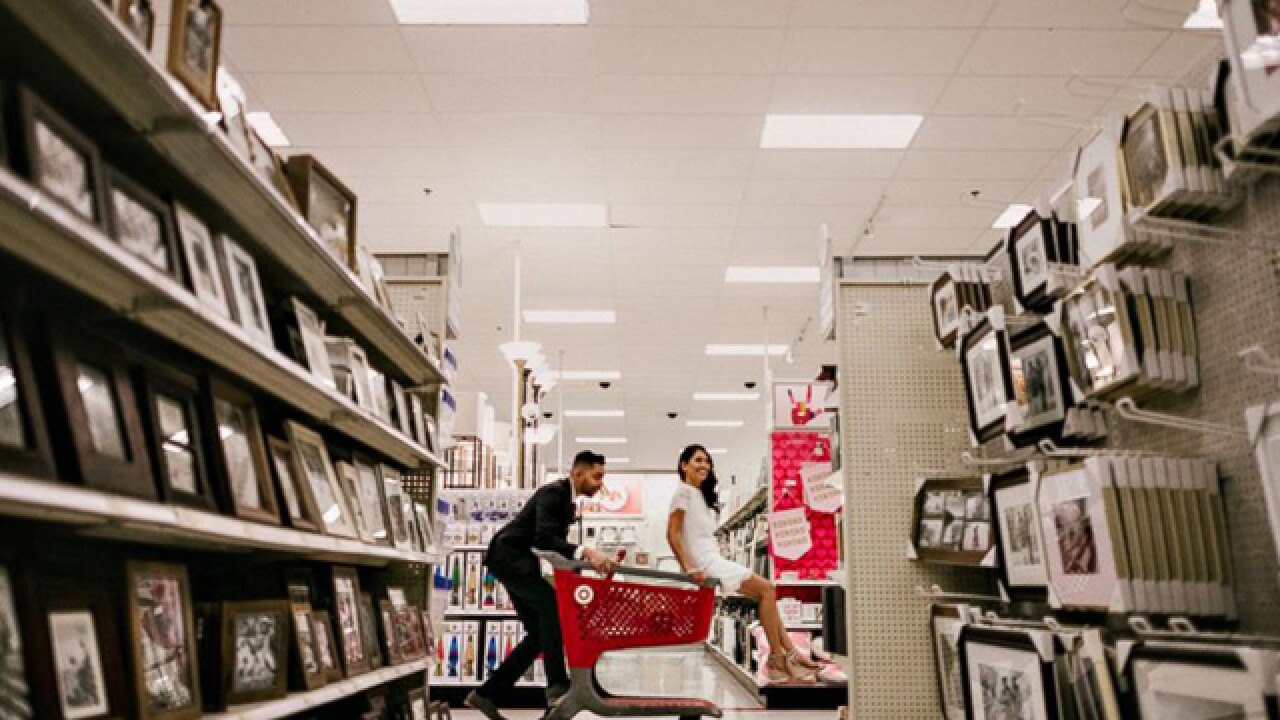 One newlywed couple takes trips to Target so often, they decided to take their wedding photos inside their local store.

Michael Delvalle and Isabella Sablan met when they were both 19 years old and working at a local Hollister Co.

"We’re basically each others first boyfriend and first girlfriend," the bride told ABC News, who added it was her idea to shoot their wedding photos inside Target. 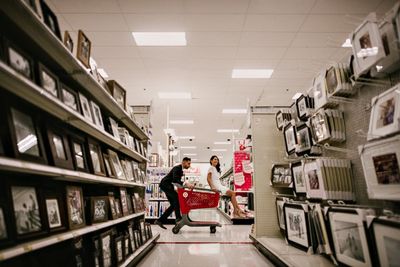 "The basis of our relationship is built on Target. We probably go two to three times a week," Sablan, 27, admitted. "We like long walks at Target instead of on the beach."

Delvalle, also 27, added, "When we’re bored on a Thursday night, we would just go over there and see what we could find."

In fact, the two went to Target so much they created a game. Any time they spotted a stray cup, they photographed it and uploaded it to an Instagram page they created called Cups of Target. 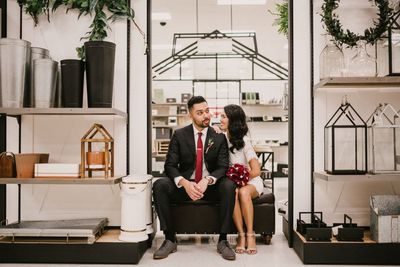 The couple, who lives in Miami, said that before they got hitched in front of eight loved ones inside the Miami Beach Botanical Gardens on Jan. 26, they trekked with their photographer, Evan Rich, over to a Target in North Miami.

Rich, a full-time wedding photographer, was delighted to take on the challenge and thought "it was an awesome idea," he told ABC News. 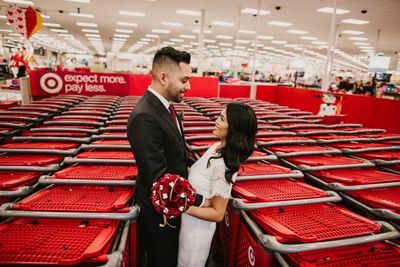 He added, "I thought it was really cool. I thought it could’ve gone either way, but it turned out on the right side."

Rich said he "played off the energies" of the newlyweds, and had them pose amid shopping carts, inside shopping carts and even behind shopping carts. Carts aside, the couple also played with pillows, ate popcorn and kissed in tons of aisles.

"We shocked everybody and with the photo shoot we shocked them even more," Sablan said. 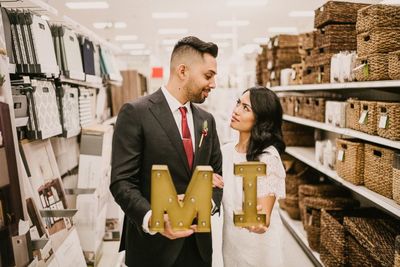 After taking a mini-moon to Clearwater, Florida, the couple are now looking forward to life together.

"Michael, he's so chill, and I think I'm the opposite. He's the ying to my yang," Sablan added. "And he's hilarious as well. I couldn't have asked for a better first boyfriend and husband."