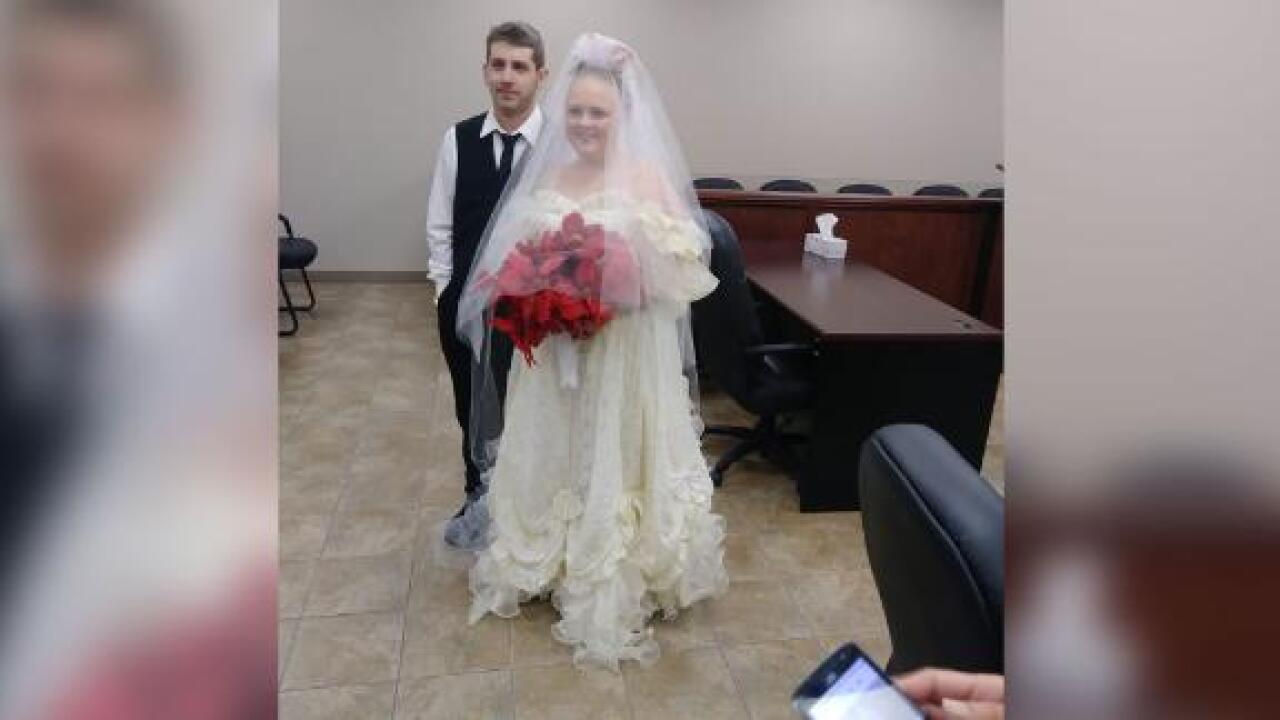 (CNN) -- As a young Texas couple were leaving the courthouse for their wedding ceremony, their car collided with a pickup truck, killing both of them, according to CNN affiliate KFDM .

Harley Morgan, 19, and Rhiannon Boudreaux, 20, were merging onto Highway 87 in Orange, Texas when the accident occurred. The pickup truck was towing a trailer loaded with a tractor, according to a statement from the Orange Police Department.

The newlyweds were leaving an Orange County Justice of the Peace precinct after their marriage ceremony, Lt. Gary Keaton, a spokesman for the department said. Behind them were the groom's mother and sister, who witnessed the deadly collision.

"I watched my baby die," Harley Morgan's mother, Kennia, told KFDM. "I'm still wearing my son's blood because I was trying my best to rip him and her out of the car."

"That's an image that will haunt me the rest of my life. I won't forget it. It will never go away. I will see that truck hit my baby and kill my baby every night of my life, the rest of the time that I'm on earth."

The driver of the truck was not injured.

Kennia Morgan told the station that the high school sweethearts were excited to start their lives together. Though they had their ceremony at the courthouse, they were planning a Christmas wedding on December 20 for their family and friends.

The Justice of the Peace that married the two just minutes earlier went to the scene of their death, KFDM reported.

The detective division of the Orange Police Department is investigating the incident, according to the statement.

Orange County is in the Beaumont-Port Arthur region of southeastern Texas.