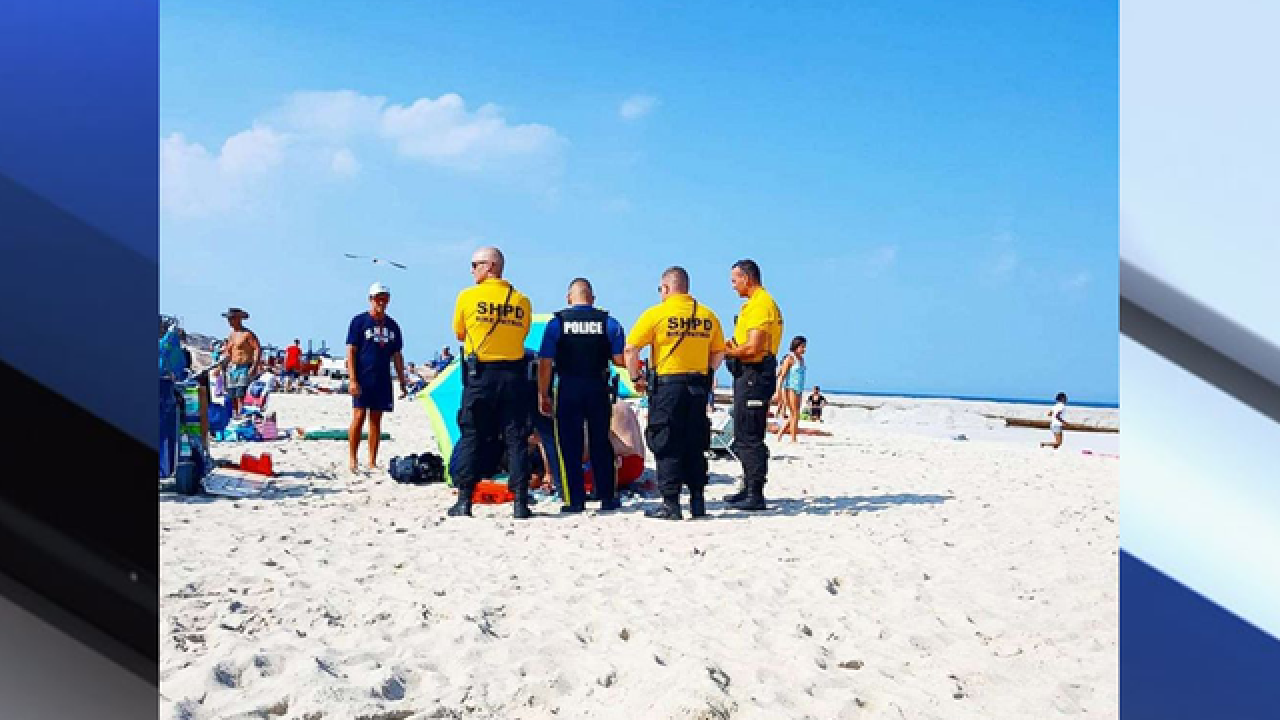 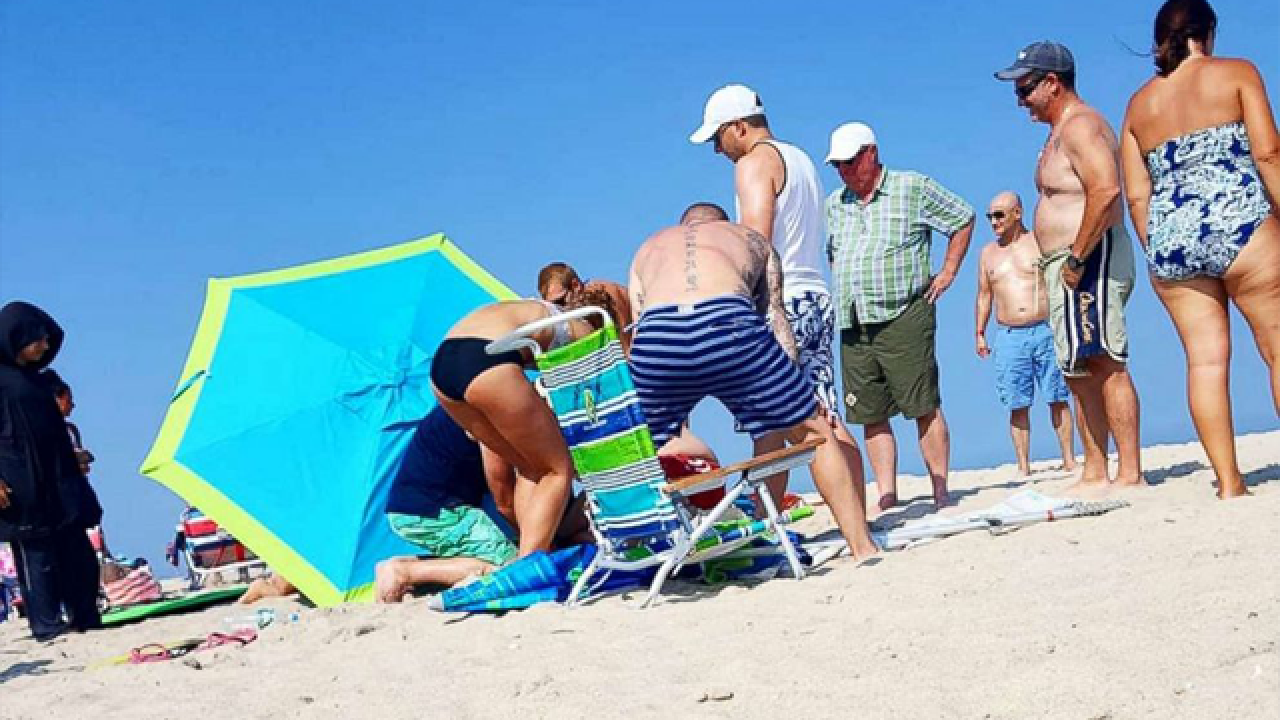 A British tourist’s beach outing ended on a painfully freakish note after the spike of a wind-blown umbrella impaled her in Seaside Heights, New Jersey, authorities said.

Describing the scene, witness Ricardo Zedeya said a “really strong wind came out of nowhere, a couple of umbrellas were flying by, and one went by really quick. Right after that, I heard a woman screaming, ‘My leg.’”

“It looked like five inches came out the other side of her leg,” he said, adding the spike appeared to be about 2 inches wide.

Firefighters needed a bolt cutter to remove the spike and put her in an ambulance, Seaside Heights Police Det. Steve Korman said.