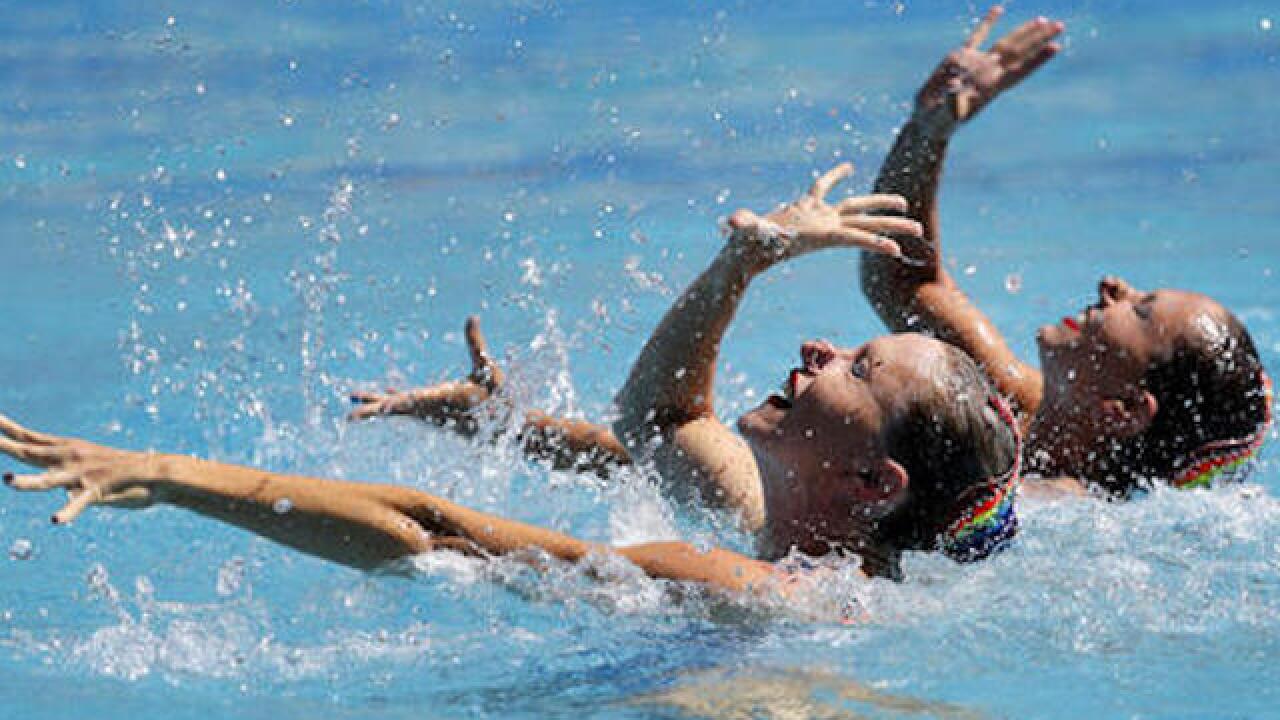 RIO DE JANEIRO (AP) — Goodbye green. It's back to clear water in the pool at the Maria Lenk Aquatics Center, allowing synchronized swimmers to see underwater on the first day of Olympic competition.

Officials completed pumping nearly 1 million gallons of clean water into the pool used for synchro with little time to spare before Sunday's free routine preliminary began. They had raced to drain green-tinged water out of the pool overnight at a venue that has embarrassed local organizers.

The massive undertaking was necessary to ensure clear water for both judges and competitors, who spend much of their time underwater during synchronized swimming.

"At last this is real water," Natalia Ishchenko of Russia said through a translator. "The visibility is good, not ideal, but compared to before at least the water is a normal temperature."

The water problems had limited the swimmers to just one practice session in the pool when the water was unusually cold.

Ishchenko's partner, Svetlana Romashina, said the pool was only half-full when the swimmers first arrived to prepare.

The clear water appeared slightly cloudy under sunny skies on a day when temperatures reached 90 degrees (32 degrees Celsius) after a recent string of cool and cloudy weather.

"It was a lot better than it was the other day," American swimmer Anita Alvarez said. "Switching the water helped a lot. The temperature was little bit better for us and it's a little bit clearer underwater, which also helped."

Before the water polo competition moved to the Olympic Aquatic Stadium as previously planned, athletes had complained their eyes were burning from chlorine in the pool.

"I didn't notice chlorine too bad," Alvarez said. "Chlorine-wise, this was pretty good on our eyes. We were ready for anything."

The Russians topped the standings after the duet free routine preliminary. Ishchenko and Romashina, with three Olympic gold medals each, led with 98.066 points. Russia has won the duet and team titles at every games since 2000 in Sydney.

Huang Xuechen and Sun Wenyan of China were second at 96.066. Yukiko Inui and Risako Mitsui of Japan were third at 94.400.

The U.S. duet of Alvarez and Mariya Koroleva was ninth. Scores from the preliminaries don't carry over to the duet tech competition on Monday. The duet free final is Tuesday.

Later Sunday, the venue's diving pool was to host the women's 3-meter springboard final. The murky green water in that pool wasn't changed. It turned a dark green shade last Tuesday and the larger pool at Maria Lenk began to turn the same color the following day.