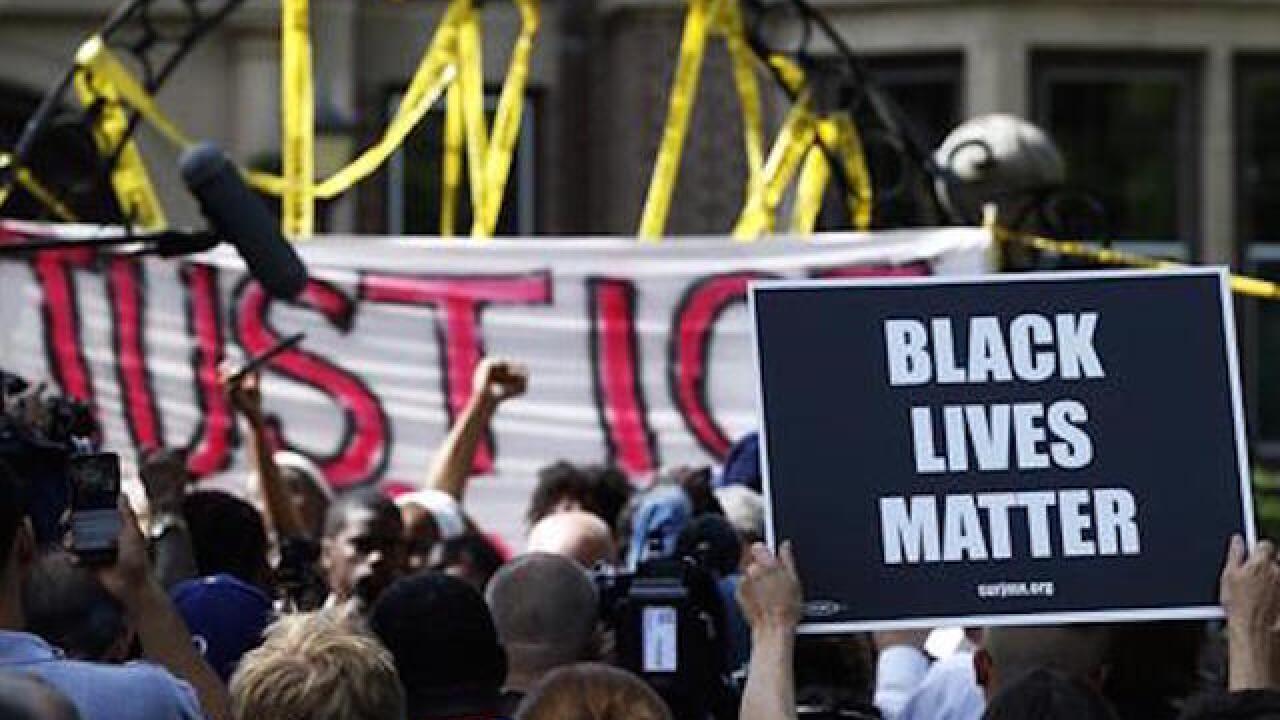 After two African-American men were killed on camera by police in as many days, protests flared up across the country.

Protesters gathered outside of the Minnesota governor’s residence on Wednesday evening, hours after Philando Castile was killed by police during a traffic stop in nearby Falcon Heights. As of Thursday evening, the crowd continued to swell with chanting demonstrators.

Amazing dancing and drumming at the governors mansion for #PhilandoCastile Huge shoutouts to AIM for steady support pic.twitter.com/fxT4i3TQIf

Banners were hung on the residence’s gate reading “Justice for Philando.” Protesters have called for police reform and the cancelation of the Super Bowl scheduled to be played in Minneapolis in 2018.

Calls to "take the Super Bowl" and tell @NFL players NOT to come play in Minneapolis. "Hell no to Super Bowl" pic.twitter.com/1p7Xysh91m

Justice for Philando #PhilandoCastile outside the Governor's residence #blacklivesmatter pic.twitter.com/hHep9Pbu7Q

Protests have gripped Baton Rouge, Louisiana since late Tuesday evening when Alton Sterling was shot and killed in a scuffle with police. A memorial was set up near the convenience store where Sterling was shot as early as Wednesday morning, as men and women took to the streets to manifest their pain.

Alton Sterling's aunt at vigil: Baton Rouge police 'did an injustice to him.' https://t.co/64dydyBPcb pic.twitter.com/V0LnRtKh64

A protest water truck in #BatonRouge as hundreds gather in the heat demanding justice for Alton Sterling pic.twitter.com/GjYTtFkJbq

Free my people they sing as a brass band joins the protest in #baton rouge for Alton Sterling pic.twitter.com/obFtsH2XEw

"These killer cops have got to go - hey hey, ho ho" is ringing out in Union Square. #AltonSterling #PhilandoCastile pic.twitter.com/3jEYsTcZr5

They were ready w/ barricades as soon as #PhilandoCastile was shot. #unionsquare pic.twitter.com/u9L6XHasSh

Demonstrators took to the streets in Chicago, blocking a busy expressway in protest of the killings of black men and women by police.

Protesters in #Chicago go onto expressway. Getting off now @cbschicago pic.twitter.com/NKxs1zLWPL

Protesters also took to DuPont Circle in Washington, DC around noon on Thursday in support of both Castile and Sterling.