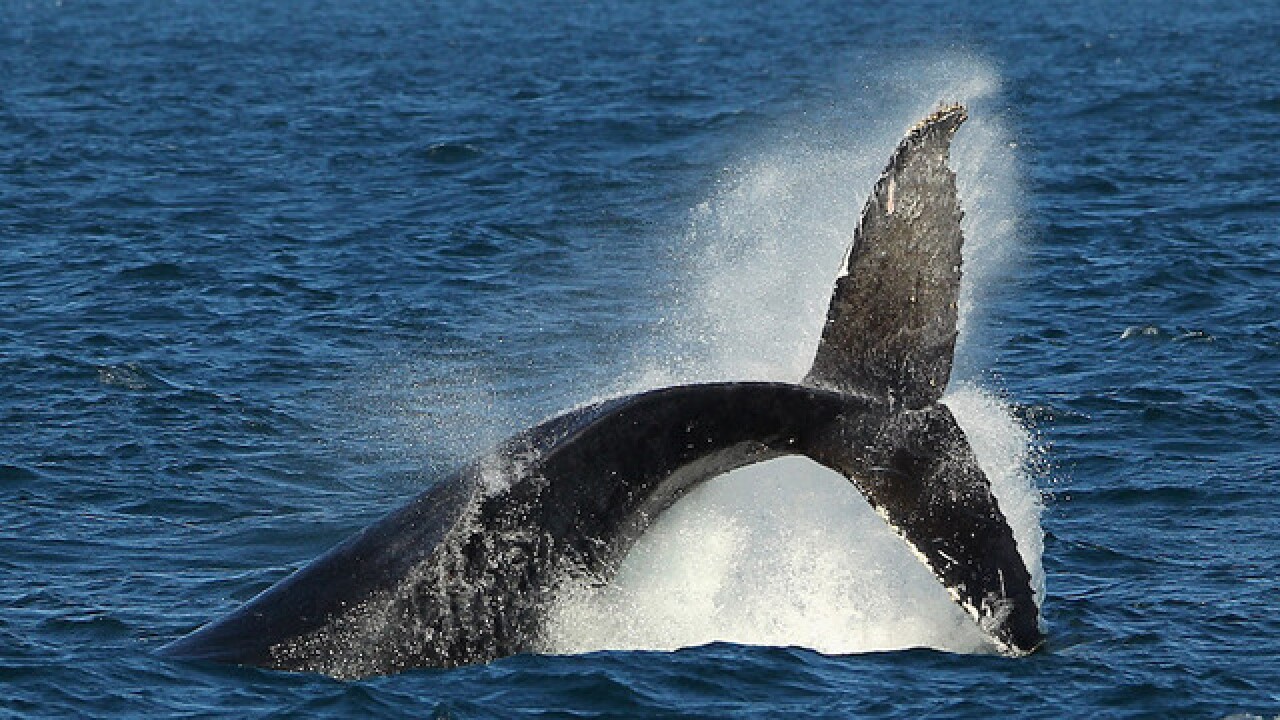 SAN FRANCISCO (AP) — A kayaker captured video of humpback whales feasting on fish in a bay with the San Francisco skyline as a backdrop.

Lyrinda Snyderman of Berkeley, California, says she was out with three other kayakers to circle nearby Angel Island on Sunday when the group spotted the whales.

The longtime kayaker said it was the first time she had seen such feeding behavior from humpbacks in that bay, and she was thrilled by it. She said the whales paid little attention to the kayakers as they repeatedly breached the surface to swallow up fish.

The feeding frenzy lasted roughly half an hour before the mammals swam back to Pacific through the Golden Gate.

Marine Mammal Center chief research pathologist Padraig Duignan says the whales are trying to maximize their food intake and following the herring and anchovies they are feeding on wherever they go.

The whales are migrating north after likely giving birth in the waters off Mexico and Central America.