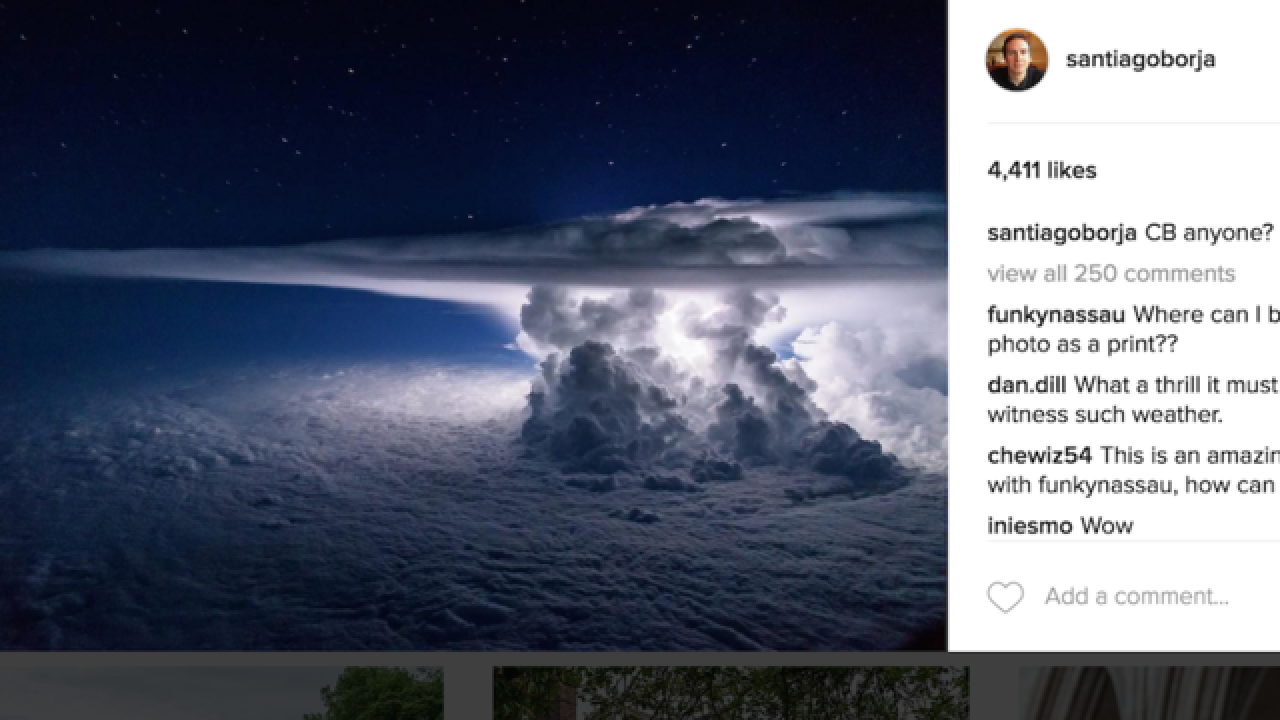 ©2016 Santiago Borja/Instagram
<p>An image of a storm cloud taken from an airplane above the Pacific Ocean. The photo was posted to Instagram by photographer Santiago Borja.</p>

"Clear skies and a little luck."

That's how pilot and photographer Santiago Borja described how he captured his most famous image to a commenter at National Geographic's website.

The picture — taken in June — shows storm clouds and lightning flashes gathering over the Pacific Ocean near Panama City. But what makes this weather image so interesting is that it was taken from 37,000 feet in the air, from the cockpit of Borja's airplane.

Titled "Pacific Storm," the photo went viral on National Geographic's website, being liked more than 700 times and being featured by the publication's digital editors. On Instagram, the shot has been liked more than 4,400 times in the past three weeks.

A photo posted by Santiago (@santiagoborja) on

Borja told another fan he took the shot with fairly common equipment: a Nikon DSLR, "no fancy lens ... and a lot of trial and error."

More of Borja's photographs can be seen at his website.