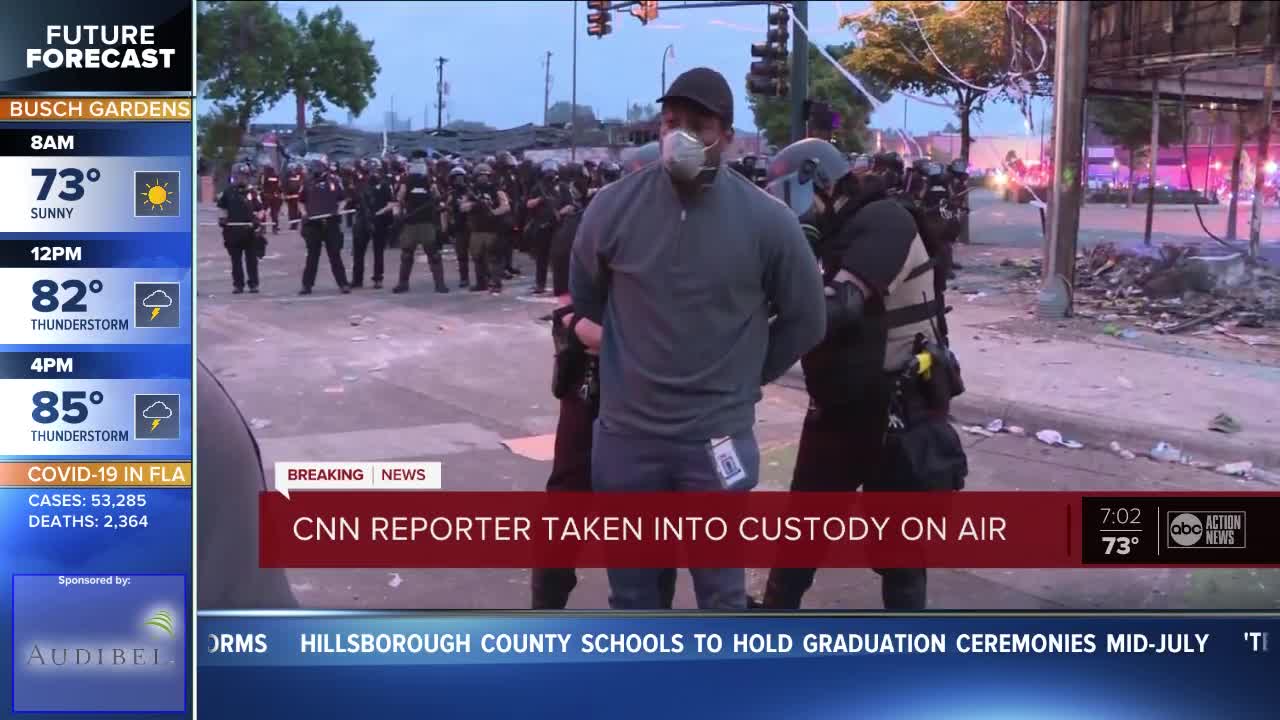 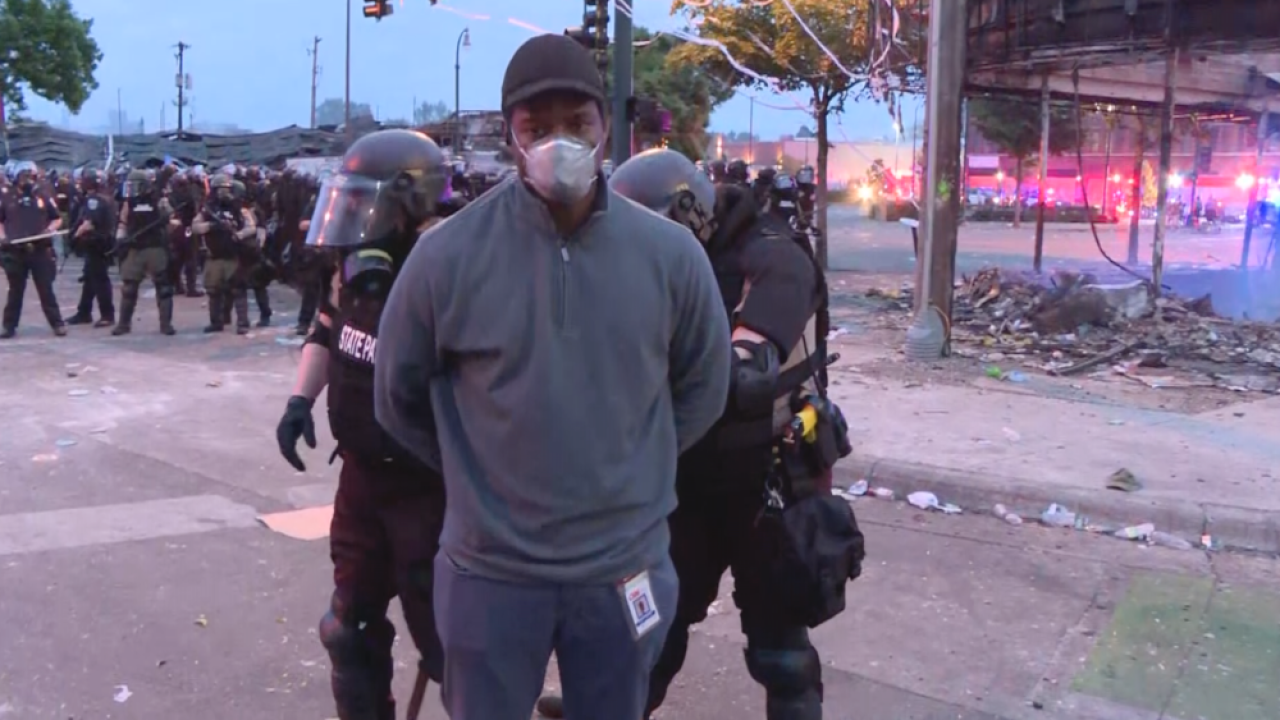 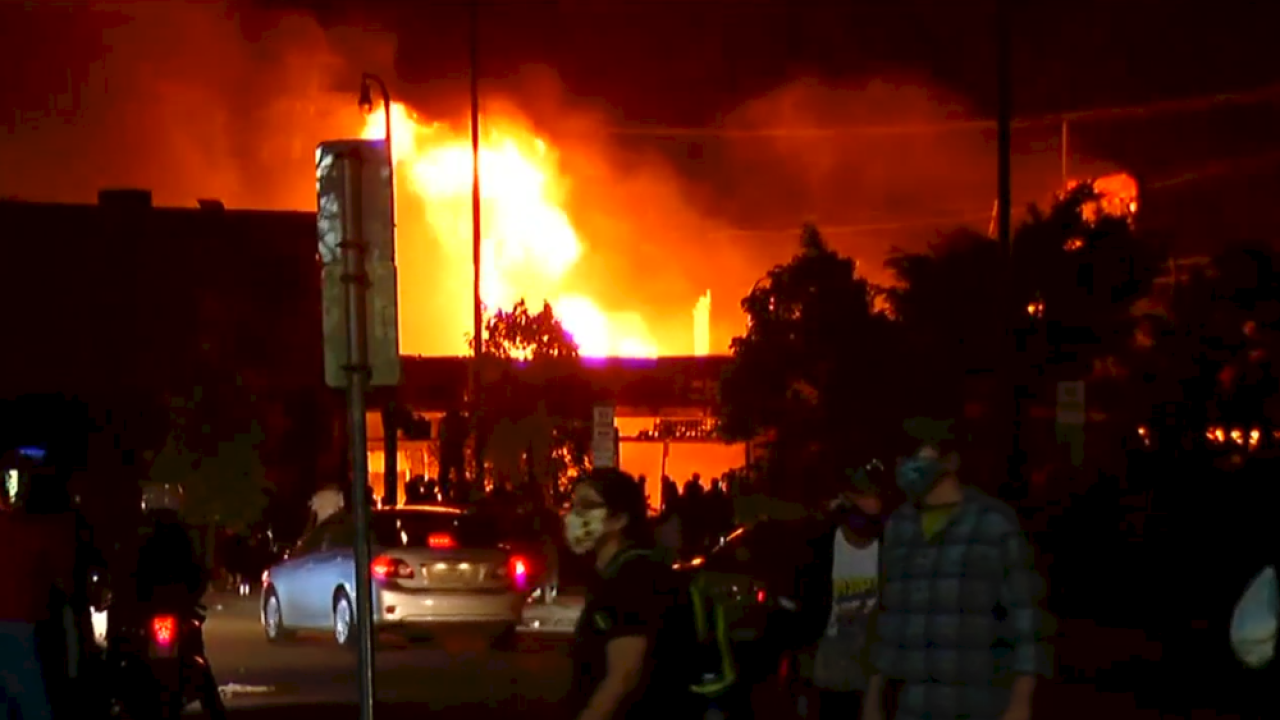 Journalist Omar Jimenez and his crew, including a producer and camera operator, were placed in handcuffs by state police. They have since been released, CNN confirmed on Twitter.

Full video below. Warning: This video features a display of profane language.

Jimenez shared his thoughts on air following his release.

CNN shared this response following the arrest on Twitter:

A CNN reporter & his production team were arrested this morning in Minneapolis for doing their jobs, despite identifying themselves - a clear violation of their First Amendment rights. The authorities in Minnesota, incl. the Governor, must release the 3 CNN employees immediately.

The Minnesota State Patrol shared this tweet following the crew's arrest and release.

In the course of clearing the streets and restoring order at Lake Street and Snelling Avenue, four people were arrested by State Patrol troopers, including three members of a CNN crew. The three were released once they were confirmed to be members of the media.

CNN responded, also on Twitter, and said, "This is not accurate - our CNN crew identified themselves, on live television, immediately as journalists."

CNN President Jeff Zucker said he spoke Minnesota Gov. Tim Walz, who apologized for State Police’s arrest of Omar Jimenez and the team. Walz said he takes full responsibility for what happened, according to CNN.

Protests have erupted around the country over the death of George Floyd, a black Minnesota man who died in police custody on Monday. Thursday marked the third straight day of protests in Minneapolis.

Derek Chauvin, a now fired Minneapolis police officer, held a knee against Floyd’s neck for several minutes, despite pleas from Floyd and bystanders. Floyd was pronounced dead shortly after at a hospital.

The protests have grown more tense each day. On Wednesday, demonstrations turned into looting, as a number of business were ransacked.

Demonstrators have called on Chauvin to be arrested for his role in Floyd’s death.

Earlier on Thursday, the Minnesota National Guard was activated to respond to the demonstrations.

This story is breaking, check back for updates