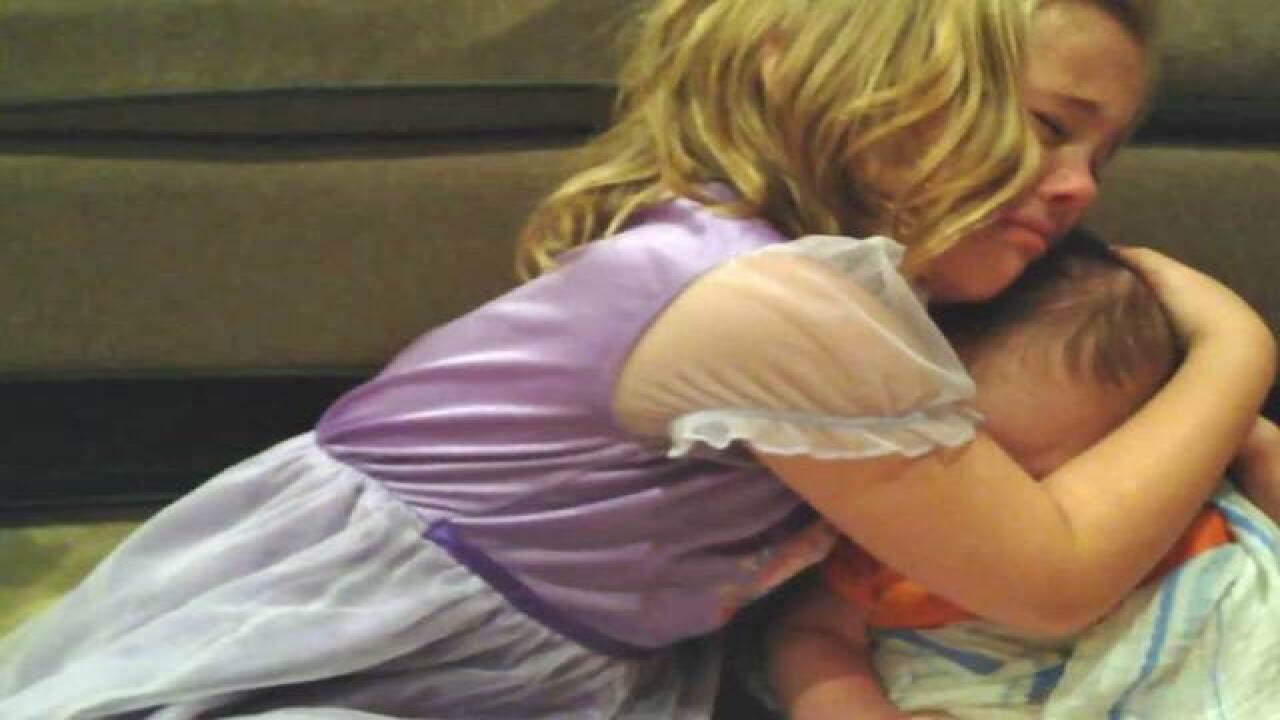 Video of a 5-year-old girl from Phoenix, Arizona crying at the thought of her 3-month-old brother growing up, is going viral.

Sadie is wearing a Princess Sofia dress in the video as he hugs and kisses her younger brother, Carson.

The infant only smiles, which prompts Sadie to cry even more because of his cute smile.

At one point in the video she also talks about her own mortality, sobbing, "I don't wanna die when I'm a hundred!"

Her father said her outburst was totally unexpected and he and his wife have no idea what prompted it.

The video was uploaded by Sadie's uncle on Monday and had more than 500,000 views by Tuesday evening.