VIDEO: 3 men arrested in dramatic I-95 takedown in Florida after 2-year plot to kill, rob 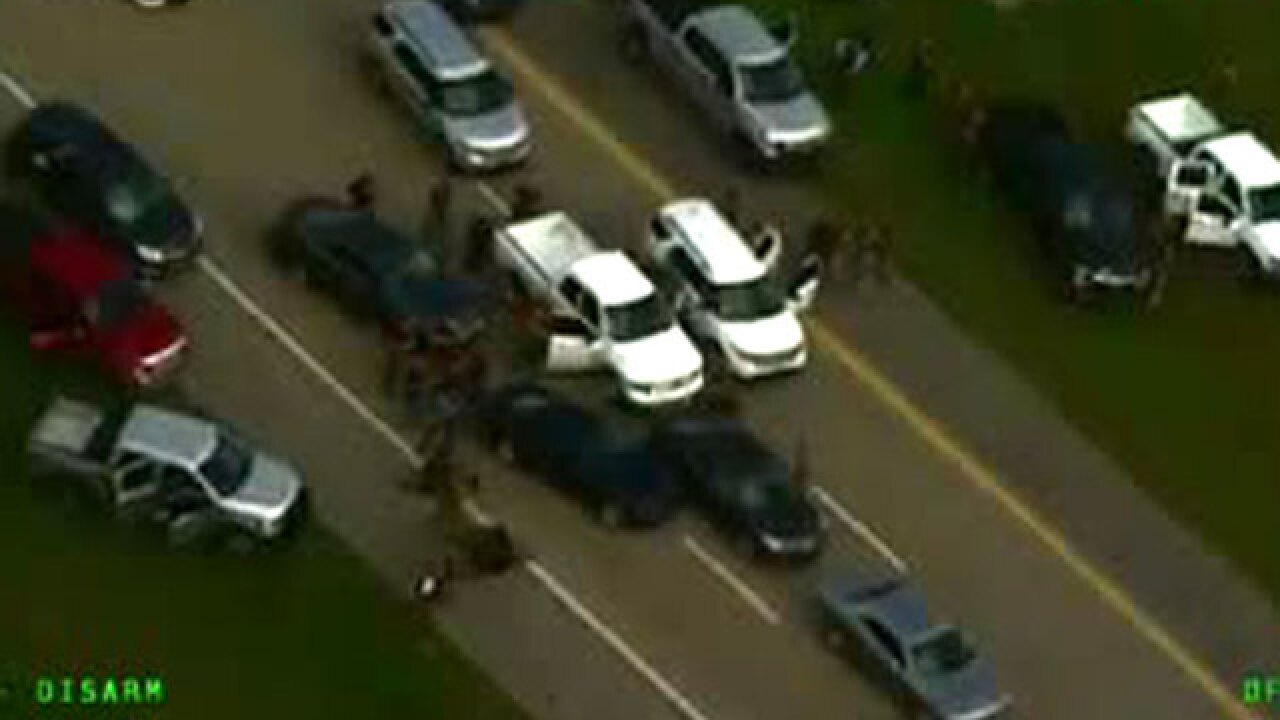 Law enforcement said the three men are accused in a two-year plot to rob and murder armored car employees.

Law enforcement officers said they shut down part of the interstate to avoid any potential danger to passing drivers.

According to the federal affidavit, the group had planned to rob an armored truck at a PNC Bank located at 1309 SW Gatlin Blvd. in Port St. Lucie.

The Martin County Sheriff's Office said the suspects mapped out a plan to steal millions of dollars before shooting and killing the two employees in the truck.

After that heist, deputies said the suspects planned to carry out a second deadly robbery targeting another armored bank car.

The three suspects were arrested and taken to Palm Beach County. They now remain in federal custody.