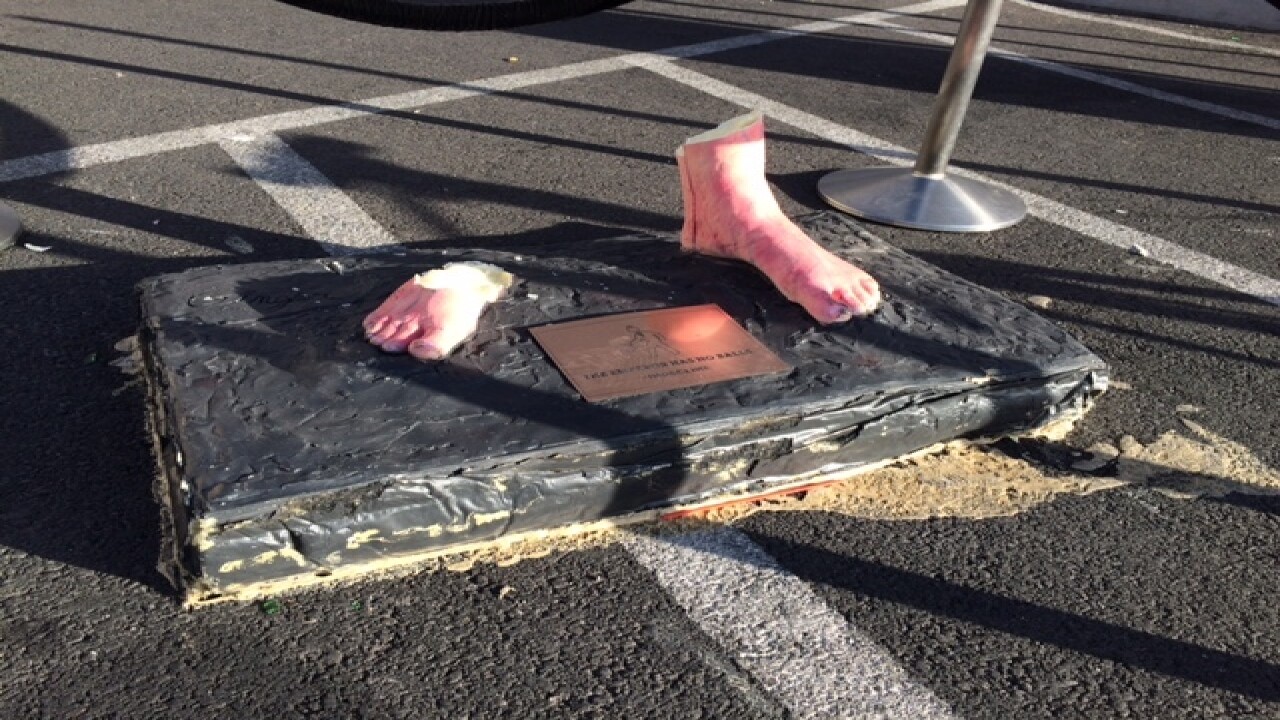 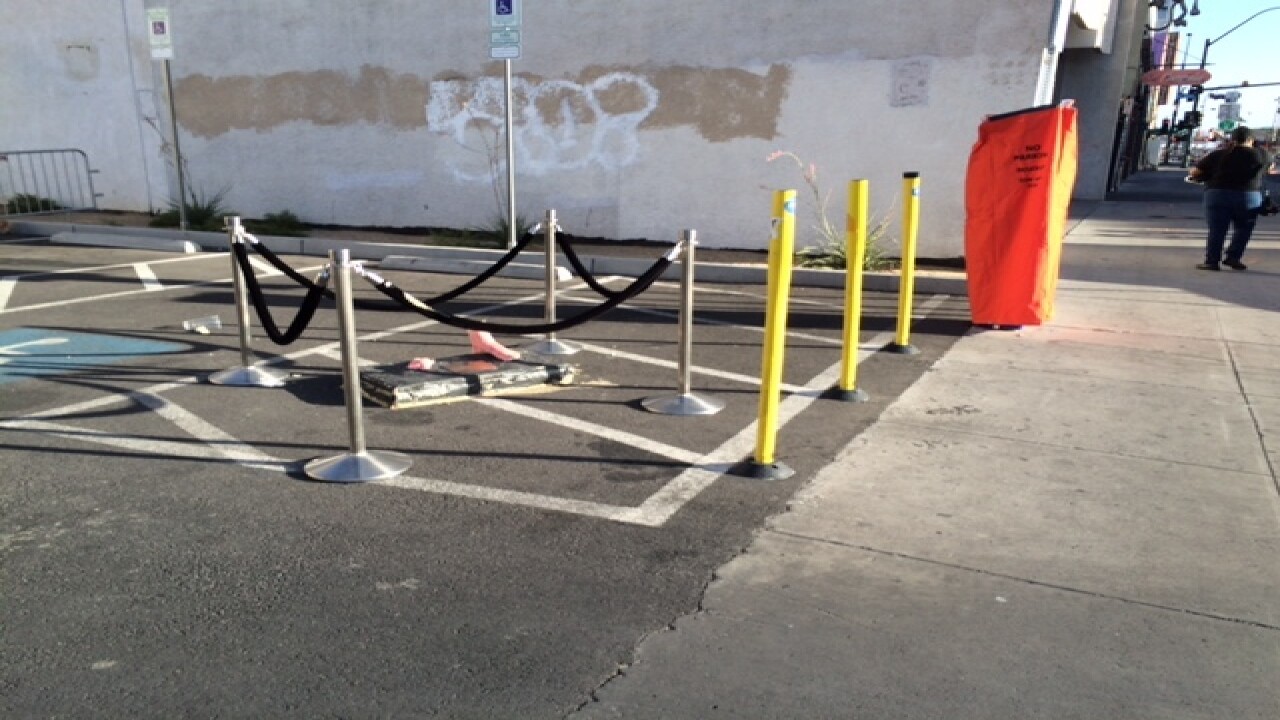 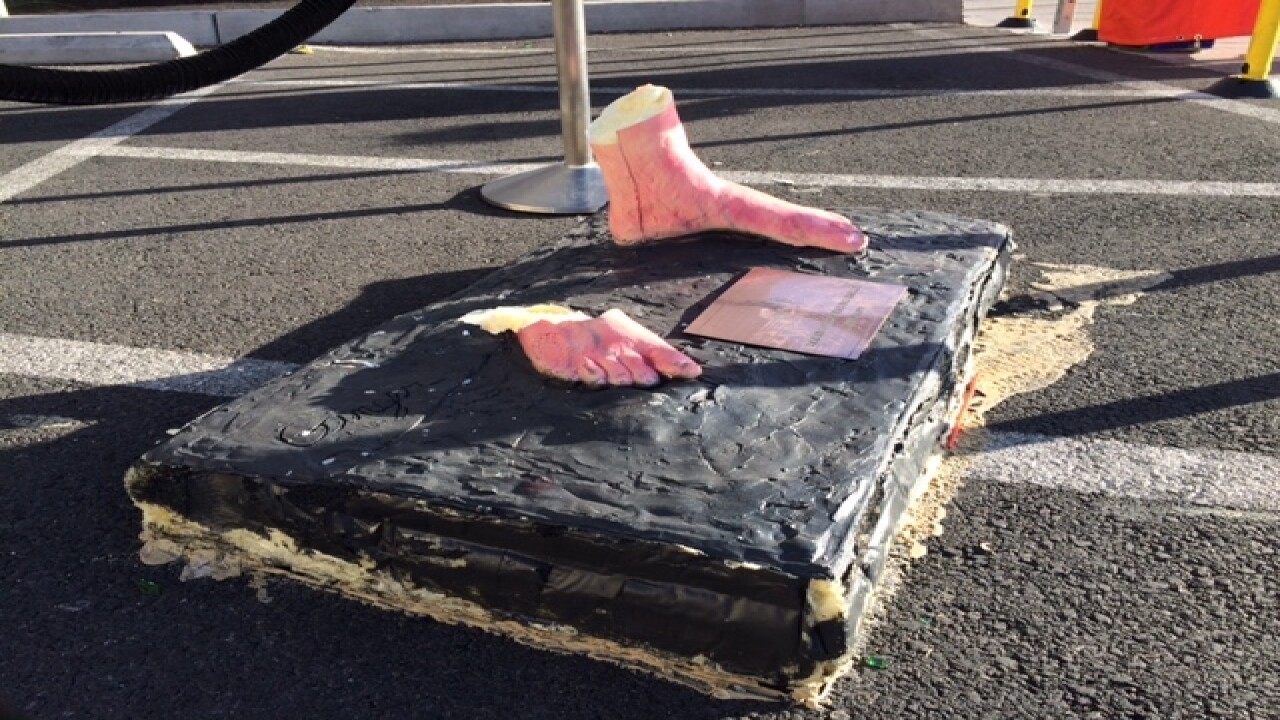 The vandalism happened sometime Thursday night. The statue has since been removed, leaving only the feet behind.

The statue was created by local artist Joshua "Ginger" Monroe. The first statues popped up in various cities around the country in August. The statues were commissioned by the activist group INDECLINE.

13 Action News spoke to the artist who said he had just learned about the vandalism and didn't know where the statue had been taken.

The statue was located in a parking lot on Sixth Street near Carson Avenue. It was not within the footprint of the Life is Beautiful festival that is taking place this weekend.

The statues are a popular target.