Up to 210,000 gallons of oil spills from California pipeline 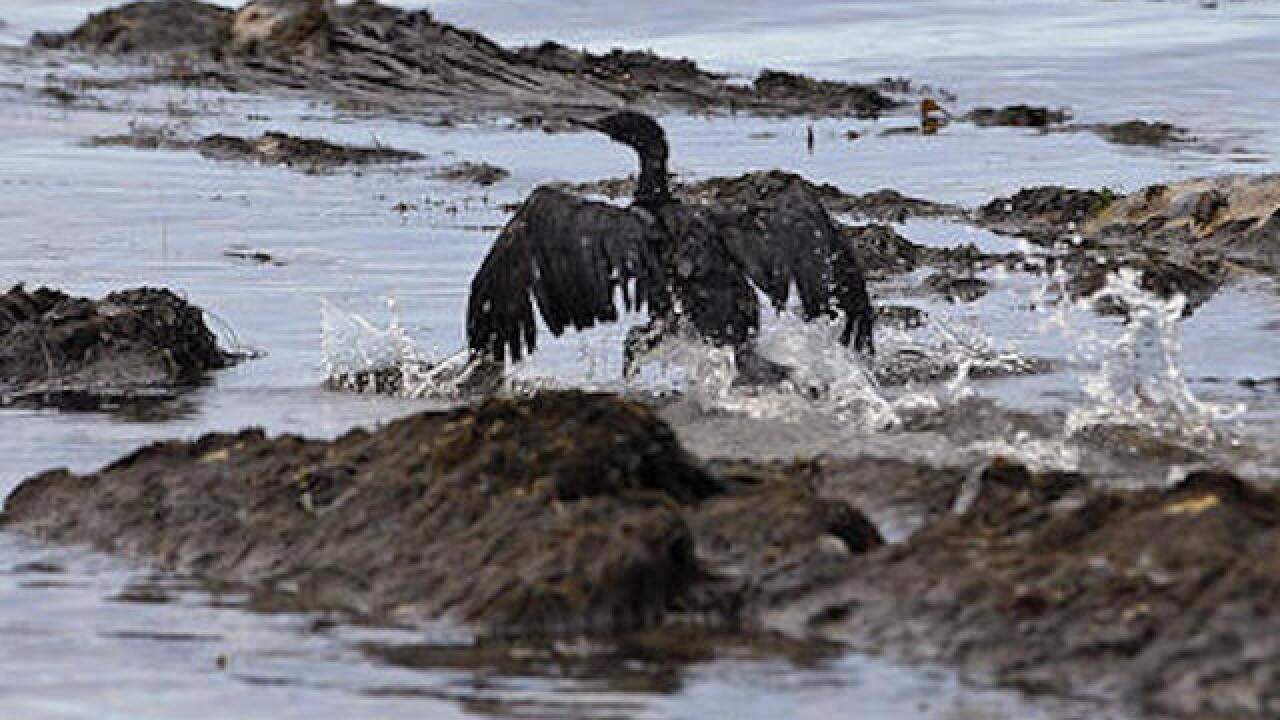 Jae C. Hong
<p>FILE - In this May 21, 2015, file photo, an oil-covered bird flaps its wings amid at Refugio State Beach, north of Goleta, Calif. Plains All American Pipeline said in a statement Tuesday, May 17, 2016, that a California grand jury has indicted the company and one of its employees in connection with the pipeline break. (AP Photo/Jae C. Hong, File)</p>

VENTURA, Calif. (AP) — Authorities are responding after a Southern California pipeline spilled up to 210,000 gallons of crude oil.

Ventura Fire Department spokeswoman Kelly Flanders says a pumphouse operating the line has been shut down Thursday and firefighters are trying to prevent the oil from flowing down a gully to a beach in Ventura County.

The spill comes 13 months after a coastal pipeline about 55 miles to the west in Santa Barbara County leaked more than 120,000 gallons of oil, some of which flowed into the ocean and created a slick that killed birds and sea lions.

That pipeline, owned by Plains All American Pipeline, was found to have been corroded.

This is the second major oil spill in just over a year in California. On May 19, 2015, the city of Santa Barbara experienced an oil spill of approximately 100,000 gallons, closing down local beaches for nearly a month and causing massive damage to local homes and ecosystems.