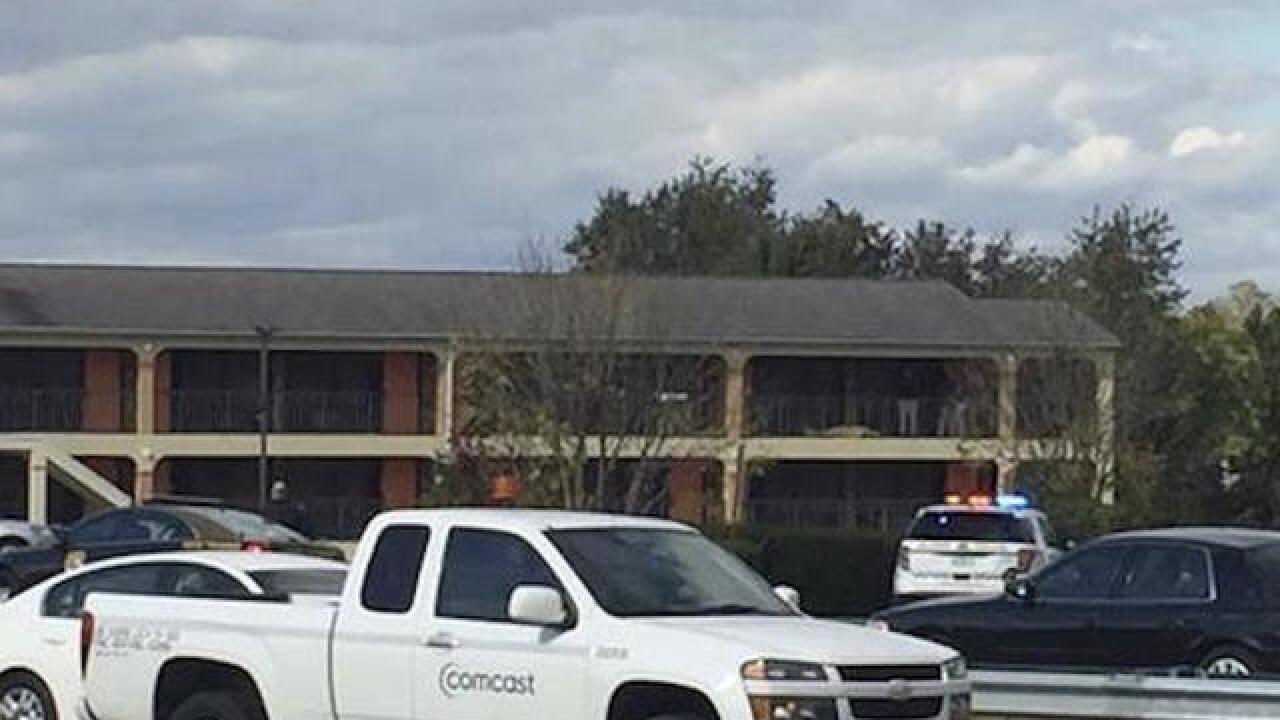 Juliet Linderman
<p>Authorities investigate the scene of a shooting in Elkton, Md. on Tuesday, Oct. 25, 2016. A Cecil County official says at least two people were hurt when gunfire broke out as Maryland State Police served a warrant at a motel. He says two people are injured near the room and officials believe a third person is inside the room. (AP Photo/Juliet Linderman)</p>

ELKTON, Md. (AP) — Officers fatally shot a man and woman on a motel balcony Tuesday when they refused to drop handguns they had raised toward police who were there to serve warrants, Maryland State Police said.

No officers were hurt during the confrontation Tuesday at the New Eastern Inn in Elkton, a city of 15,000 about 45 miles northeast of Baltimore, state police spokesman Greg Shipley said. Investigators were trying to learn if the people killed were those named in the warrants for felony possession of firearms stemming from a shooting earlier this week in Delaware.

"The Delaware State Police had contacted Maryland State Police yesterday, requesting assistance in the location of these two fugitives," Shipley told reporters. "And the state apprehension team took that investigation over and tracked them to this location."

He said uniformed officers from two agencies went to the motel about 10 a.m., knocked on the door of the second-floor room and announced themselves as police officers.

As they shouted at the room's occupants to surrender, one of the officers saw through a window that a man was approaching the door with a handgun, Shipley said. He said the officers retreated from the door but the man came out and refused to obey their commands. The man raised the gun at officers and they fired, Shipley said.

He said the woman came out a few seconds later with a handgun that she raised. She was also shot after refusing to drop the weapon, Shipley said.

He said investigators don't yet know which officers fired the fatal shots or how many times they fired.

The shooting brought a large number of police to the area and prompted road closures. Reporters at the scene could see what appeared to be a body on the balcony, covered by a yellow sheet.

Delaware State Police Cpl. Jeffrey Hale said his agency had asked Maryland State Police to help find a man and woman, both 25, of Dover, who were wanted in connection with an incident on Oct. 18. The man had fired one round from a handgun into the air after threatening to shoot someone, Delaware State Police said in a press release Sunday.

The press release said officers had found about 2,100 small bags of heroin and more than two pounds of marijuana at the man's home, along with $2,700 in cash, a .22-caliber rifle and three handguns, one of which had been reported stolen in 2016.