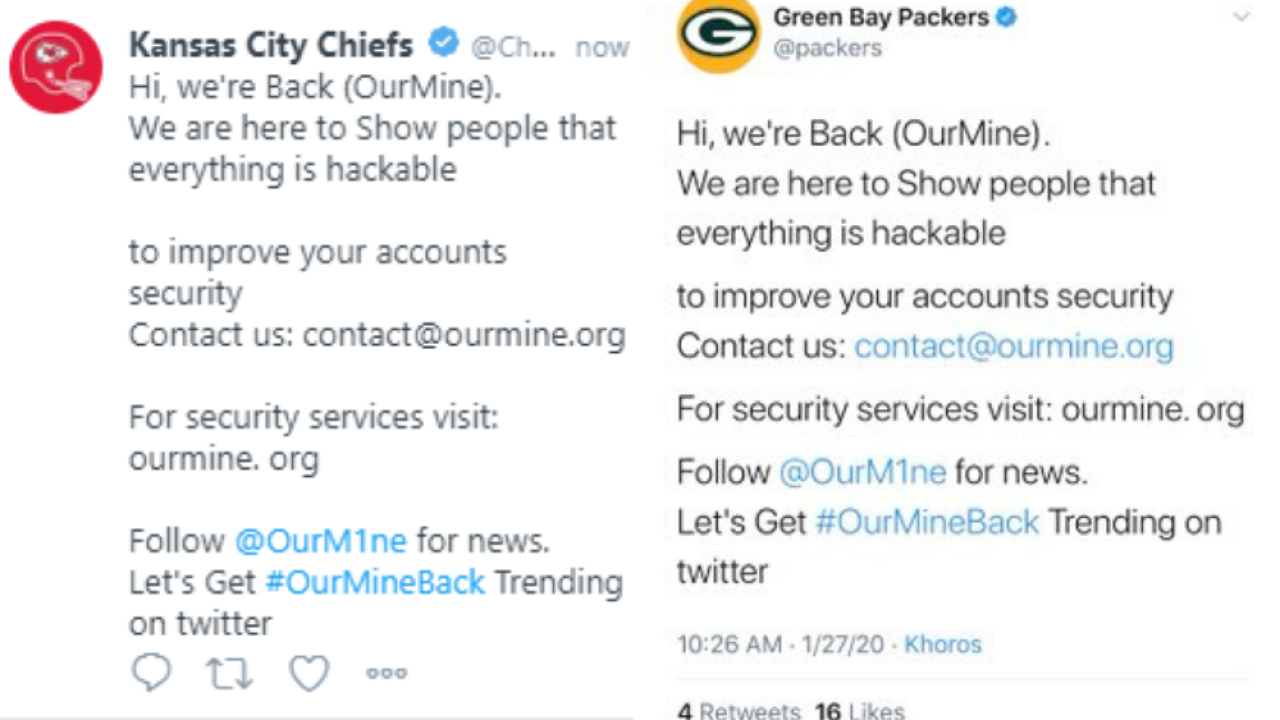 The NFL's official Twitter account, as well as accounts owned by the Chicago Bears, Cleveland Browns, Green Bay Packers, Kansas City Chiefs and the Tampa Bay Buccaneers, were taken over by a group called "Our Mine."

"Hi, we're Back (sic) (OurMine). We are here to Show people that everything in hackable to improve your accounts security," the message said.

The tweets have since been deleted.