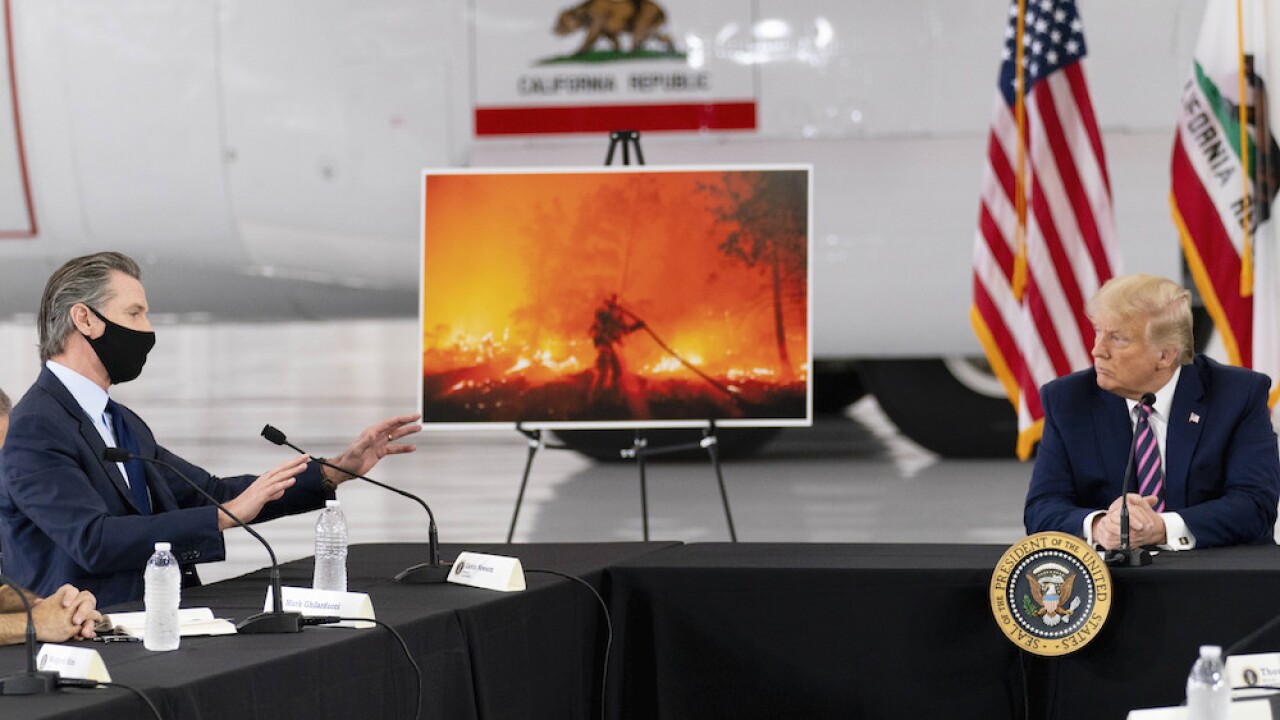 The Trump administration has reportedly reversed a decision made earlier in the day to deny sending relief to California for several wildfires that have scorched the state. Wildfires in California have burned a record-breaking 4 million acres in 2020, with many still burning.

In a tweet Friday afternoon, California Governor Gavin Newsom said “Just got off phone with @realDonaldTrump who has approved our Major Disaster Declaration request.”

Just got off phone with @realDonaldTrump who has approved our Major Disaster Declaration request.

Grateful for his quick response. https://t.co/rF7VFqSENl

"The request for a Major Presidential Disaster Declaration for early September fires has been denied by the federal administration," Brian Ferguson said.

It's unclear why the Trump administration denied the request.

Among the fires that California was fighting in September included the Creek Fire — which grew into the largest wildfire in state history by burning more than 340,000 acres — and the El Dorado Fire, which was sparked in Southern California by a gender reveal party.