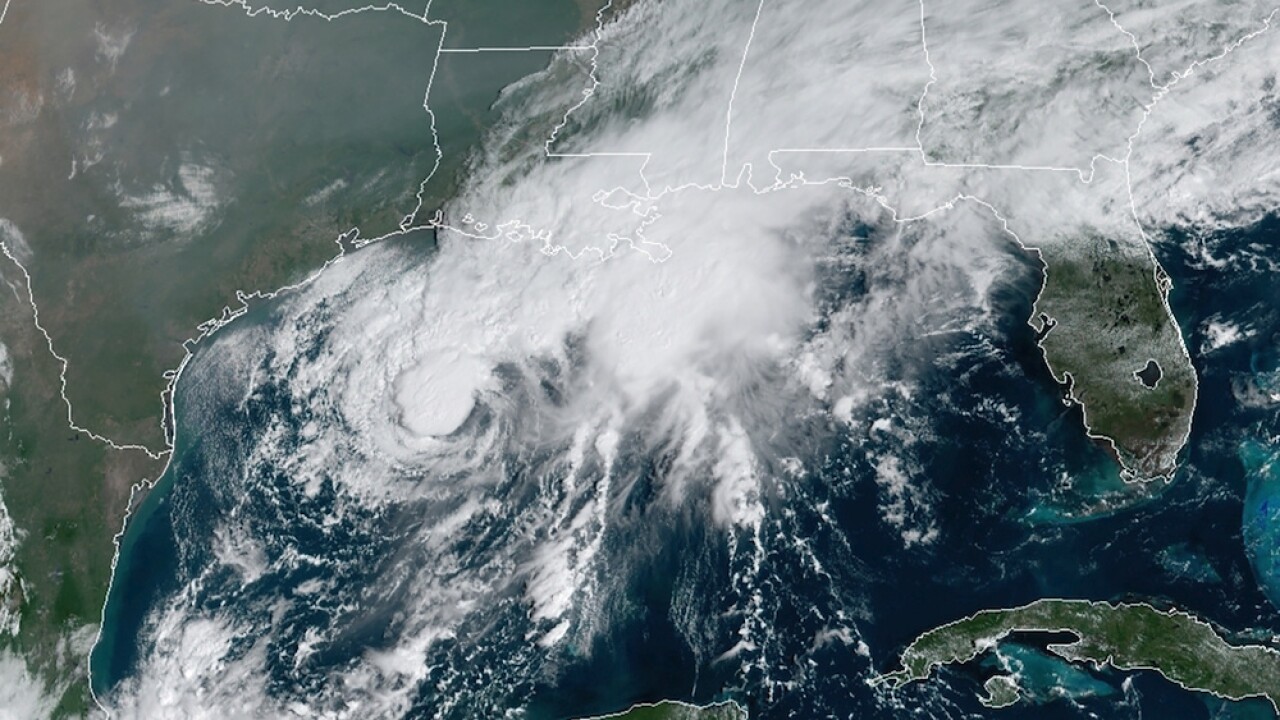 AP
This GOES-16 GeoColor satellite image taken Saturday, Sept. 19, 2020, and provided by NOAA, shows Tropical Storm Beta, center, in the Gulf of Mexico. A hurricane watch is in effect Saturday for coastal Texas as Tropical Storm Beta gains strength. A storm surge watch and a tropical storm watch are also in effect for the area during an exceptionally busy Atlantic hurricane season. (NOAA via AP)

Tropical Storm Beta has made landfall on the Gulf Coast of Texas, bringing heavy rain and threats of flooding to the Lone Star state. At least two dozen water rescues were reported in Houston early Tuesday morning.

The center of Beta crossed over the southern end of the Matagorda Peninsula at about midnight ET on Tuesday, according to the National Hurricane Center. The storm is expected to follow the shoreline of the Texas Gulf Coast throughout the day on Tuesday and into Wednesday.

Flash flood and flood warnings are in effect for areas around Houston and the Texas coast, according to the National Weather Service.

As of 5 a.m. ET on Tuesday, Beta was still gusting with sustained winds of 40 mph. The bigger concern is water; the National Hurricane Center says the storm could bring "significant" flash flooding to the middle and upper Texas coast.

In Houston, the mayor says there have been 30 water rescues by early Tuesday. "Please stay home if you can," the mayor tweeted. He also said city employees will not report to work, because of the weather conditions.

By the end of the week, Beta's remnants will travel into Louisiana, Mississippi and Alabama. The National Hurricane Center said that those areas could expect some flash floods and isolated minor river flooding.

Here's what our region looks like this morning. Be careful out there, Houston 💙 pic.twitter.com/eEqKfWIcv0

The 2020 Atlantic hurricane season has been one of the most active on the record. After cycling through the entire 2020 list of named storms, the NHC has moved on to the Greek alphabet.