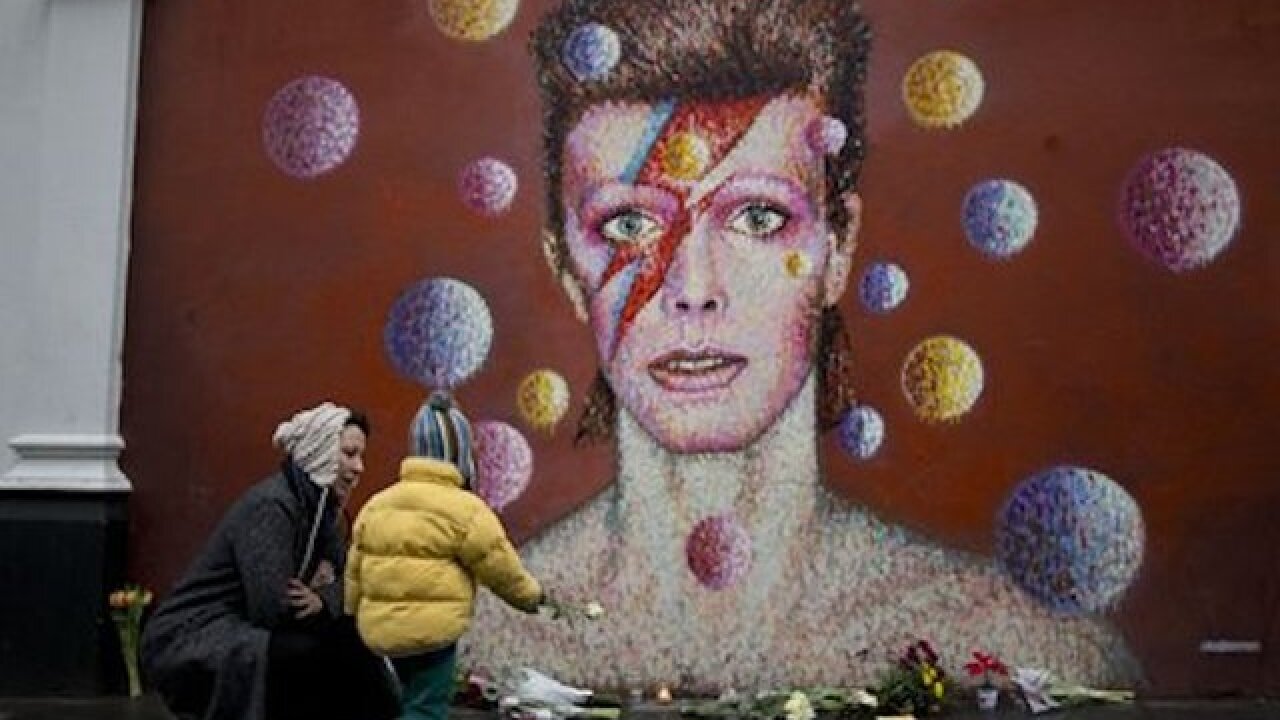 Copyright Associated Press
Matt Dunham
<p>A woman and child place a flower alongside other tributes beside a mural of British singer David Bowie by artist Jimmy C in Brixton, south London, Monday, Jan. 11, 2016. David Bowie, the iconic and shape-shifting British singer whose illustrious career lasted five decade with hits like "Fame," ''Heroes" and "Let's Dance," died Sunday after a battle with cancer. He was 69. The singer, who was born David Jones at the family home in the Brixton area of London, came of age in the glam rock era of the early 1970s. (AP Photo/Matt Dunham)</p>

LONDON (AP) — Tributes have poured in for singer David Bowie, who died Sunday aged 69. Politicians, entertainers, actors and astronauts have expressed their sadness about his passing. Here is a look at some of the reactions:

Very sorry and sad to say it's true. I'll be offline for a while. Love to all. pic.twitter.com/Kh2fq3tf9m

Astronaut Tim Peake, who is aboard the International Space Station:

Saddened to hear David Bowie has lost his battle with cancer – his music was an inspiration to many. @DavidBowieReal

MESSAGE FROM IGGY: "David’s friendship was the light of my life. I never met such a brilliant person. He was the best there is. - Iggy Pop"

I wish he could have stayed on earth longer. RIP #DavidBowie pic.twitter.com/jnYLaaootw

"I remember sitting listening to his songs endlessly in the '70s particularly and always really relishing what he was, what he did, the impact he had," Welby said. "Extraordinary person."

I grew up listening to and watching the pop genius David Bowie. He was a master of re-invention, who kept getting it right. A huge loss.

"He was a brilliant artist and an exciting and interesting human being." Tony Blair's tribute to David Bowie: https://t.co/3quiLwZyCt

Terrible news to hear Brixton born David Bowie has died. No one in our age has better deserved to be called a genius

David Bowie was one of my most important inspirations, so fearless, so creative, he gave us magic for a lifetime.

David Bowie was a true innovator, a true creative. May he rest in peace ?? #RIPDavidBowie