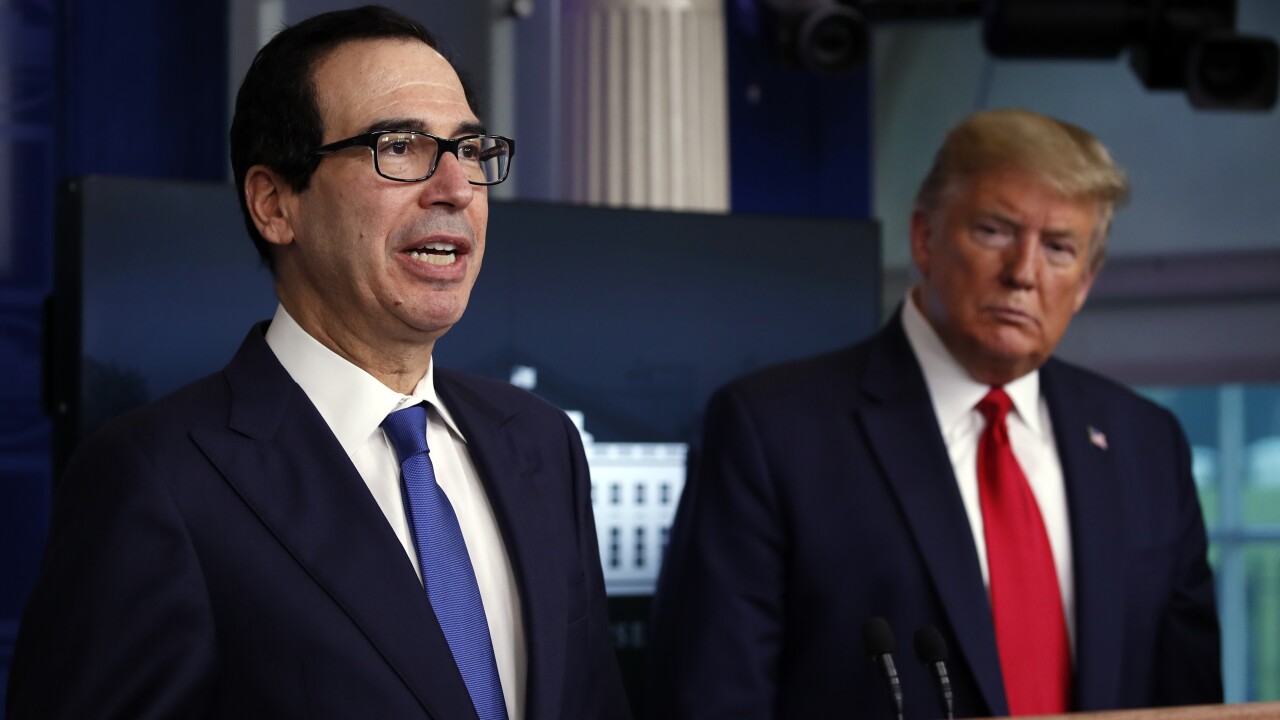 As the University of Washington’s Institute for Health Metrics and Evaluation projected a resurgence of coronavirus-related deaths at the start of the fall, Treasury Sec. Steven Mnuchin said a second shutdown of the US economy is not on the table.

In the last three months, more than 113,000 Americans have died from the virus despite massive mitigation efforts. Efforts to mitigate the spread of the virus caused millions of US workers to file for unemployment.

The coronavirus has remained deadly as state economies have return to operation. Johns Hopkins University says that the coronavirus has killed an average of 1,000 Americans per day over the last month, which is down from a peak of 2,000 to 2,500 per day during the month of April.

It also appears that Mnuchin’s words did little to quell economic anxieties on Wall Street on Thursday, with the Dow Jones Industrial Average tumbling 1,800 points. The market had seen a steady rebound after a sudden drop in the market in March.

Even with a functioning economy, Wall Street’s response to growing concerns of a coronavirus resurgence shows that further economic growth could be slowed. The US economy officially entered a recession in February as CDC leaders predicted that the US would experience community spread of the virus. There is no sign the US is poised to exit out of a recession.

“There are other areas and we’ve talked about (a shutdown): medical problems and everything else that get put on hold,” Mnuchin said. “I think it was very prudent what the president did, but I think we’ve learned a lot.”

Chairman of the Federal Reserve Jerome Powell told reporters on Wednesday that getting the economy back to where it was before the coronavirus began to spread could take time.

“My assumption is there will be a significant chunk, well into the millions -- I don't want to give you a number because it's going to be a guess -- but well, well into the millions of people who don't get to go back to their old job and in fact there may not be a job in the industry for them for some time, there will eventually be but it could be some years before we get back to those people finding jobs,” Powell said. "When people lose a job, they can find a job in their own industry, that's the fastest way and no other people in the industry, different kinds of jobs, that's usually the fastest.

“If you have to go and start over again it's much harder and that's where you lose people who fall out of the labor force and is very tough on their lives, we all know people.”

Unemployment reached its highest level since the Great Depression in April. Even with the possibility of sustained high unemployment numbers, the Cares Act is set to end a $600 bonus to unemployment checks at the end of next month.

Whether supplemental funds for unemployment checks will continue beyond next month is still up in the air as Congress considers a next round of stimulus funds.