Treasure trove of artifacts discovered near this Colorado city

Treasure trove of artifacts discovered near this Colorado city 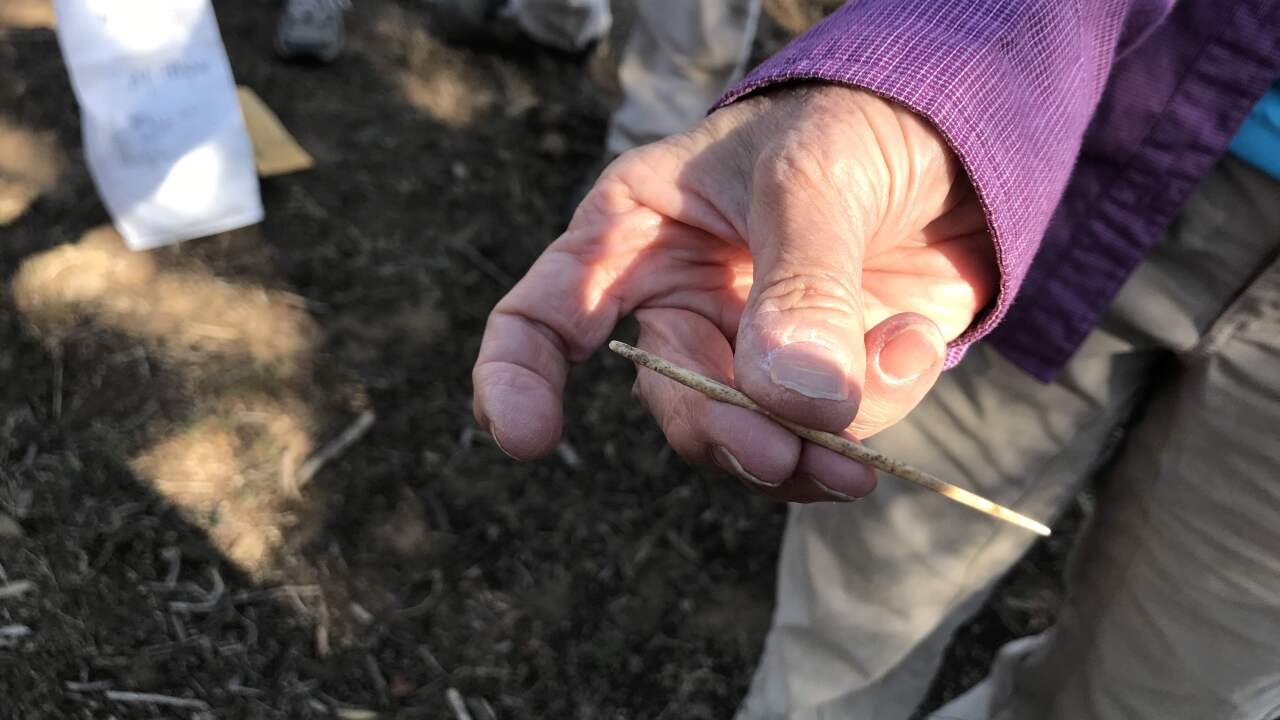 The summer months are the time to work on big highway construction projects. But once you start digging, you never know what you might uncover.

“We have over seven pit houses and similar structures that we’ve identified and are excavating and are trying to get the information we need to interpret the site," said Charles Reed of Alpine Archaeologists.

While getting ready to expand highway 550 near Durango, Colorado, a team discovered a site about the size of half a football field. Inside were multiple structures that likely were home to a Native American settlement more than 1,000 years ago.

And now, the clock is ticking on this group of archaeologists. They’re trying to recover as much of it as possible before a highway is paved over all of it.

“We’ve found some worked bone artifacts, which have been really cool," Reed said. "Some sort of worked bone awls, where they’re punching through leather and sort of stuff like that."

Reed is leading the team of archaeologists as they excavate this site on top of the Florida mesa.

“We have a lot of roof fall here, you can see the collapsed beams and posts along with the reddish oxidation from burning which is suggesting that they probably ritually closed at the end, like intentionally burned it and pulled it down,” said Reed.

These archaeologists are hoping to find out more about who lived in these structures, what they ate, and when they left.

And they might be the ancestors of the tribes that live nearby today.

The Southern Ute Tribe is just a 20 minute drive away from the dig site. The tribe is a partner in the project, and they’re interested in what’s uncovered. They didn’t want to go on camera, but in a statement, they told us they’re collaborating with state agencies on what they call a highly sensitive project.

These types of finds during construction aren’t that unusual. The Society of American Archaeology says last fiscal year more than 27 thousand properties were reviewed for historically significant discoveries.

And many of these reviews include input from Native American tribes.

The Southern Ute tribe says it wants to ensure that any ancestors recovered from these sites are treated with the utmost respect.

Reed and his team will keep working with that care in mind until the clocks run out.

“Any archaeological excavation, you never, never dig it all,” said Reed.

One day soon, this will be a highway, but right now it’s a high point in Reed’s career.

“It’s the biggest site, and coolest site I’ve gotten to work on.”