To protect and serve ice cream? 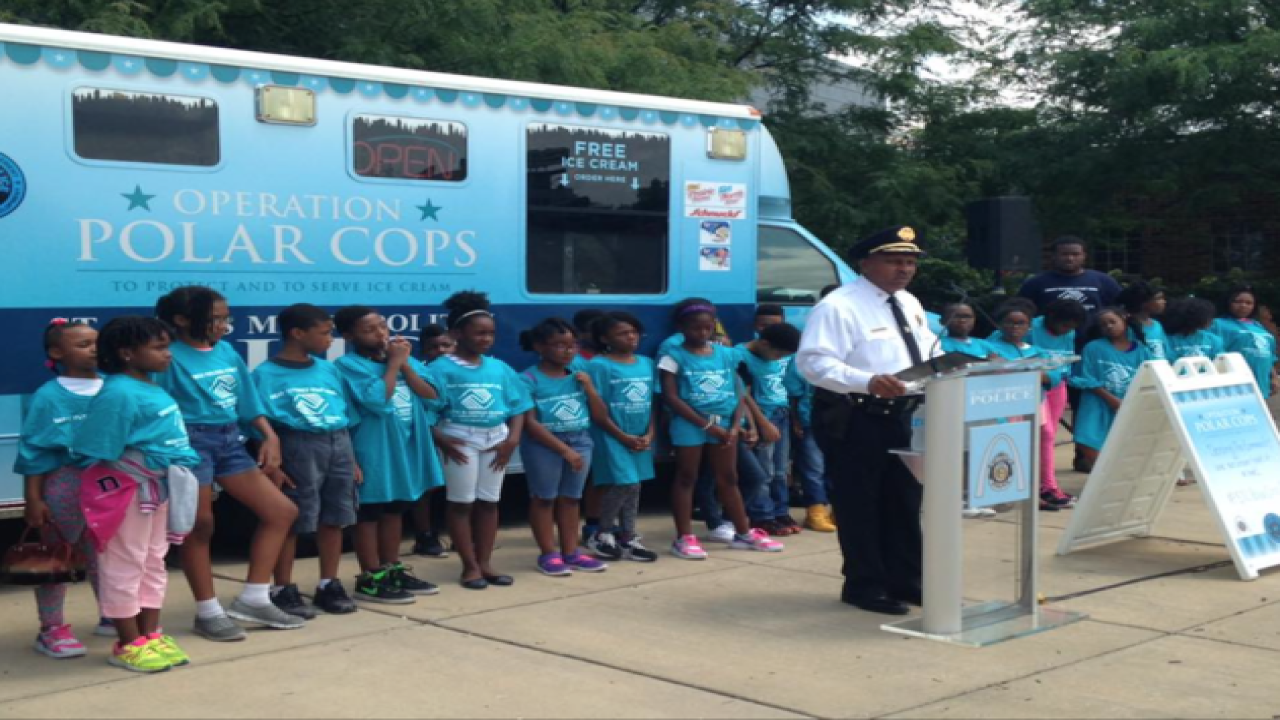 As the summer sun takes ahold of St. Louis, the city's police department has offered a perfect solution to cool the heated tensions between the police and community: Free ice cream.

In a partnership between the St. Louis Police Department and several local ice cream shops, the police department is using a converted ambulance to deliver free ice cream to city residents.

"Operation Polar Cops" got underway Tuesday, on a 92-degree day in the city. The ice cream truck was unveiled at the St. Louis Boys and Girls Club.

Nearly 6,000 treats were donated to the police to get the operation underway. The police department said it will have the opportunity to purchase at a reduced rate additional treats to giveaway.

The police department said it hopes to use the new ice cream truck to build ties with the community.

“Law enforcement realizes the need to bridge gaps in our community. It is more important than ever to engage citizens and build trust,” St. Louis Police Chief Sam Dotson said in a  release. “Operation Polar Cops is a unique tool to reach our youngest citizens.”

St. Louis Police said it modeled its program to a similar project that has been underway in Boston for nearly a decade.