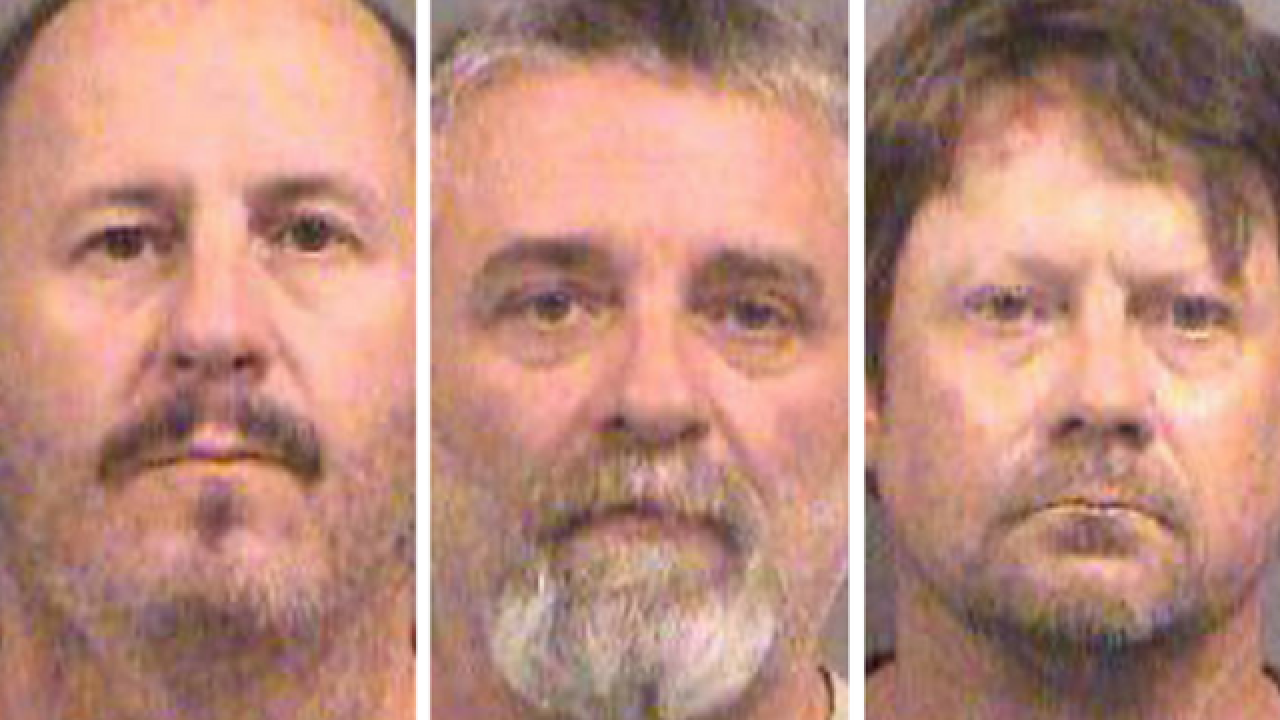 <p>Curtis Wayne Allen, 49; Patrick Eugene Stein, 47; and Gavin Wayne Wright, 49 have been charged with planning a bombing in a Somali neighborhood in Witchita, Kansas (Associated Press).</p>

WICHITA, Kan. (AP) — Three members of a Kansas militia group were charged Friday with plotting to bomb an apartment complex that's home to Somali immigrants in the western Kansas meatpacking town of Garden City, a thwarted attack prosecutors say was planned for the day after the November election.

The arrests were the culmination of an eight-month FBI investigation that took agents "deep into a hidden culture of hatred and violence," Acting U.S. Attorney Tom Beall said.

A complaint unsealed Friday charges Curtis Wayne Allen, 49; Patrick Eugene Stein, 47; and Gavin Wayne Wright, 49, with conspiring to use a weapon of mass destruction. Their first court appearance is Monday.

Prosecutors said the men don't yet have attorneys. Publicly listed phone numbers for the men couldn't immediately be found.

The men are members of a small militia group that calls itself "the Crusaders," and whose members espouse sovereign citizen, anti-government, anti-Muslim and anti-immigrant extremist beliefs, according to the complaint.

The FBI began a domestic terrorism investigation of the group in February, and a confidential source attended its meetings in southwestern Kansas.

In a June meeting, Stein brought up the Orlando nightclub shooting, and proposed carrying out a similar attack against Muslim refugees in Garden City, according to the complaint.

They ultimately decided to target the apartment complex because of the number of Somalis who lived there and the fact that one of the apartments was used as a mosque. The complex houses about 120 Somali residents, Beall said.

The complaint said that Stein discussed the explosives used in the 1995 bombing of the federal building in Oklahoma City by Timothy McVeigh.

The men, who were arrested in Liberal on Friday morning, performed surveillance of the apartment building and prepared a manifesto, Beall said.

In a profanity-laced conference call that law enforcement monitored, Stein said the only way "this country's ever going to get turned around is it will be a bloodbath," according to the complaint.

If convicted, the men could be sentenced to up to life in federal prison without parole.

Garden City is home to a Tyson Foods beef slaughterhouse that has drawn a diverse immigrant population to the area.

The Kansas Department of Health and Environment says it has no statistics on how many Somali refugees live in Kansas. The agency's website says about 350 refugees resettle in Kansas each year, and Somalis are among the biggest group.

Garden City Mayor Chris Law said in a statement that he was shocked by the planned attack, adding, "Today should also serve as a reminder that vigilance should be a common practice by all citizens."

Friday's arrests and charges prompted the Council on American-Islamic Relations to call on state and federal law enforcement agencies across the nation to increase protection for mosques and other Islamic institutions. The group also cited reports of threats against a Michigan center and anti-Muslim graffiti at a New Jersey mosque.

"We ask our nation's political leaders, and particularly political candidates, to reject the growing Islamophobia in our nation," Nihad Awad, the group's national executive director, said in a statement.

The case is the latest involving militia groups in the state. Earlier this year, a planned armed protest outside a Wichita mosque prompted the Islamic Society of Wichita to cancel an appearance by a speaker whom protesters believed supported terrorism.

The Justice Department's National Security Division created a new position a year ago to help coordinate investigations into violent homegrown extremism, like the one that resulted in the three arrests.

Watch video from a press conference with federal prosecutors from KSHB in Kansas City.