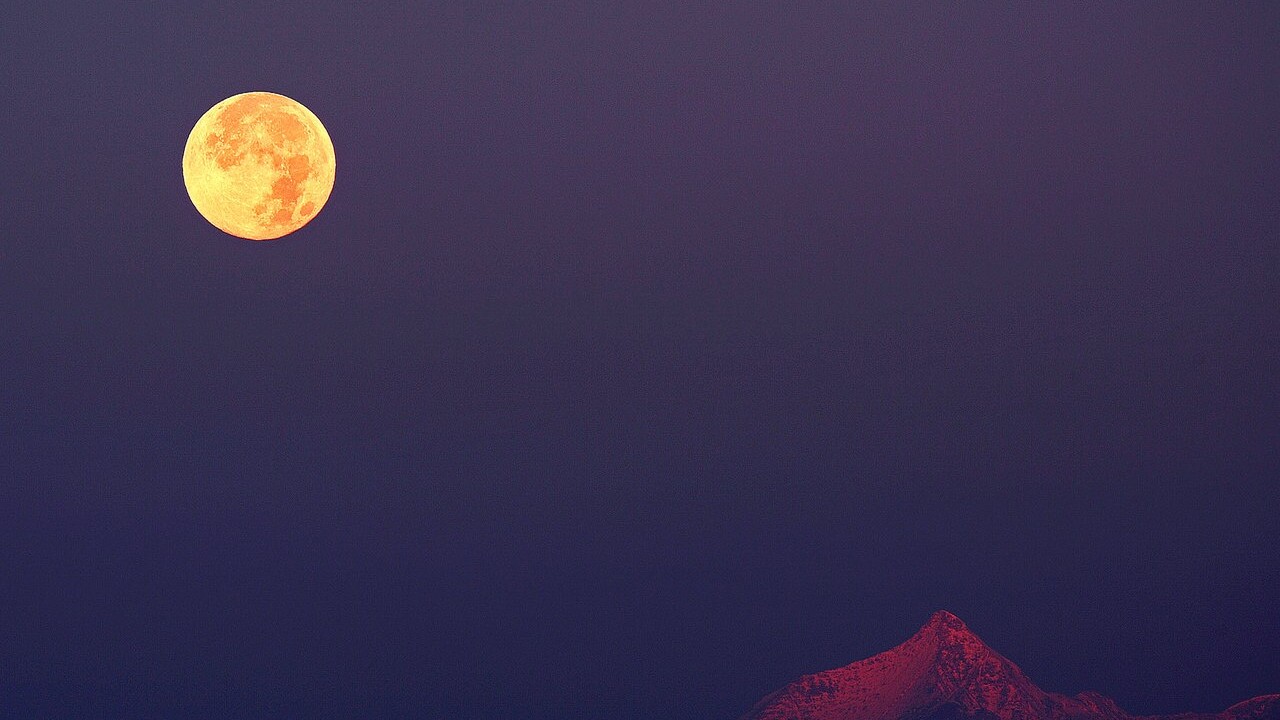 The next full moon will appear in the sky this weekend.

The full moon will appear “opposite” the sun at 5:17 p.m. EDT Sunday and it will appear full from Saturday morning to Tuesday morning, according to NASA .

This full moon, which follows the Harvest Moon, is commonly called the Hunter’s Moon. Some people believe it got this nickname because it signaled the time to go hunting in preparation for winter. Since harvesters had recently reaped fields, the Farmer’s Almanac says hunters could easily see fattened deer and other animals that had come out to glean.

The Hunter’s Moon is special because it may appear bigger and more orange than a typical full moon due to a “moon illusion” involving its position along the horizon around sunset, according to the Farmer’s Almanac.

“When the moon is high overhead, it is dwarfed by the vast hemisphere of the heavens and appears to our eyes as a small disk in the sky,” said Bob Berman , an astronomer with the Farmer’s Almanac. “By contrast, when the moon is low, it is viewed in relation to earthly objects, such as chimneys or trees, whose size and shape provide scale. Your brain compares the size of the moon to the trees, buildings, or other reference points, and suddenly, the moon looks massive!”

As for the orange color, Berman says it has to do with light from the moon having to travel a farther distance than when it’s high in the sky.

“By the time we perceive this light, the shorter wavelengths of light (the “blue” ones) have been scattered by the air, leaving only the longer wavelengths (the “red” ones) to reach our eyes,” wrote Berman. “Thus, to us, the bluish hues are filtered out and the Moon takes on an orange tinge!”

After this, the next full moon will be on November 12 and it’s called the Beaver Moon.