Things to know about the giant Powerball jackpot 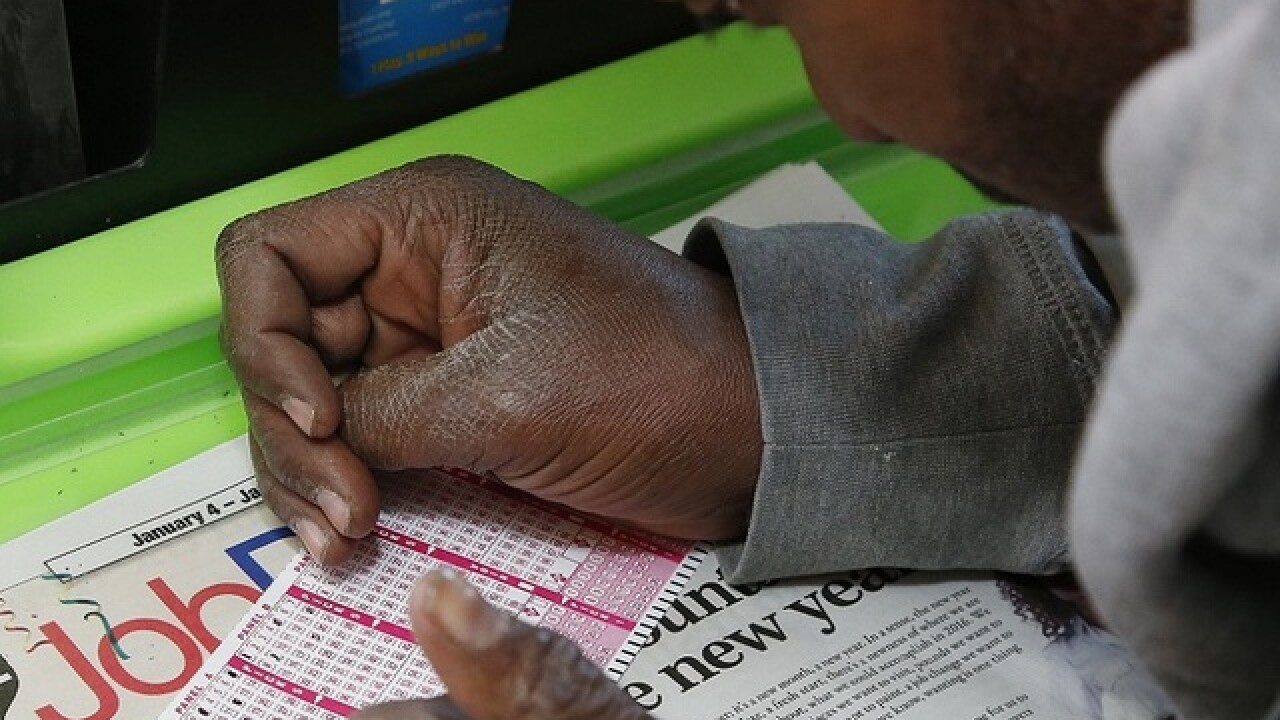 Sue Ogrocki
<p>Jermaine Emory Mallory fills out a Powerball number selection slip at a store in Oklahoma City, Tuesday, Jan. 5, 2016. The estimated Powerball jackpot for Wednesday night has soared to $450 million. No one has won the big prize in two months and officials say the jackpot is now the sixth-largest ever in North America. Players will have a chance Wednesday night at the biggest lottery prize in nearly a year. The last time Powerball had grown this large was in February 2015, when three winners split a $564.1 million prize. (AP Photo/Sue Ogrocki)</p>

DES MOINES, Iowa (AP) — The odds aren't great, but Powerball players across the country will have a shot Saturday night at a record-breaking $700 million jackpot.

Because no one won Wednesday's estimated $500 million jackpot, the next Powerball drawing has pushed the prize to the biggest ever, beyond the previous record of $656 million. That Mega Millions prize was won in 2012 by players in Kansas, Illinois and Maryland.
Powerball is played in 44 states, the District of Columbia, the U.S. Virgin Islands and Puerto Rico.
Here are more details about the giant jackpot:
___
HOW DID THE JACKPOT GET SO LARGE?
The jackpot for the twice-weekly game started at $40 million on Nov. 4 and has been growing ever since. Because the payout is based on sales, the prize has grown more quickly as the jackpot has increased because more people have been drawn to play. As people rush to buy tickets, officials with the Multi-State Lottery Association on Thursday boosted the estimated Saturday's jackpot to $700 million — but it's possible they could raise it again before the drawing.
___
PAYMENT OPTIONS
The prize would have a cash option of $428.4 million, and that's before taxes are deducted. The $700 million prize is based on an annuity, which would pay out the money over 29 years.
___
THE ODDS? NOT GOOD.
The odds are one in 292.2 million, which means you're really, really, really unlikely to win. By comparison, your chance of being struck by lightning in a year is about one in 960,000. But as lottery officials often note, you have no chance of winning if you don't buy a ticket.
___
POOLING YOUR MONEY
Some players feel they increase their odds of winning by pooling their money with co-workers, with a promise to split the winnings. Joining with colleagues and friends can increase the fun of playing, but the odds of winning are so tiny that adding 50 or 100 chances doesn't matter much. Lottery officials recommend that if people pool their money, they put down rules in writing for splitting the prize, as it's easy for misunderstandings to crop up when hundreds of millions of dollars are at stake.
Copyright 2016 The Associated Press. All rights reserved. This material may not be published, broadcast, rewritten or redistributed.
WFTS