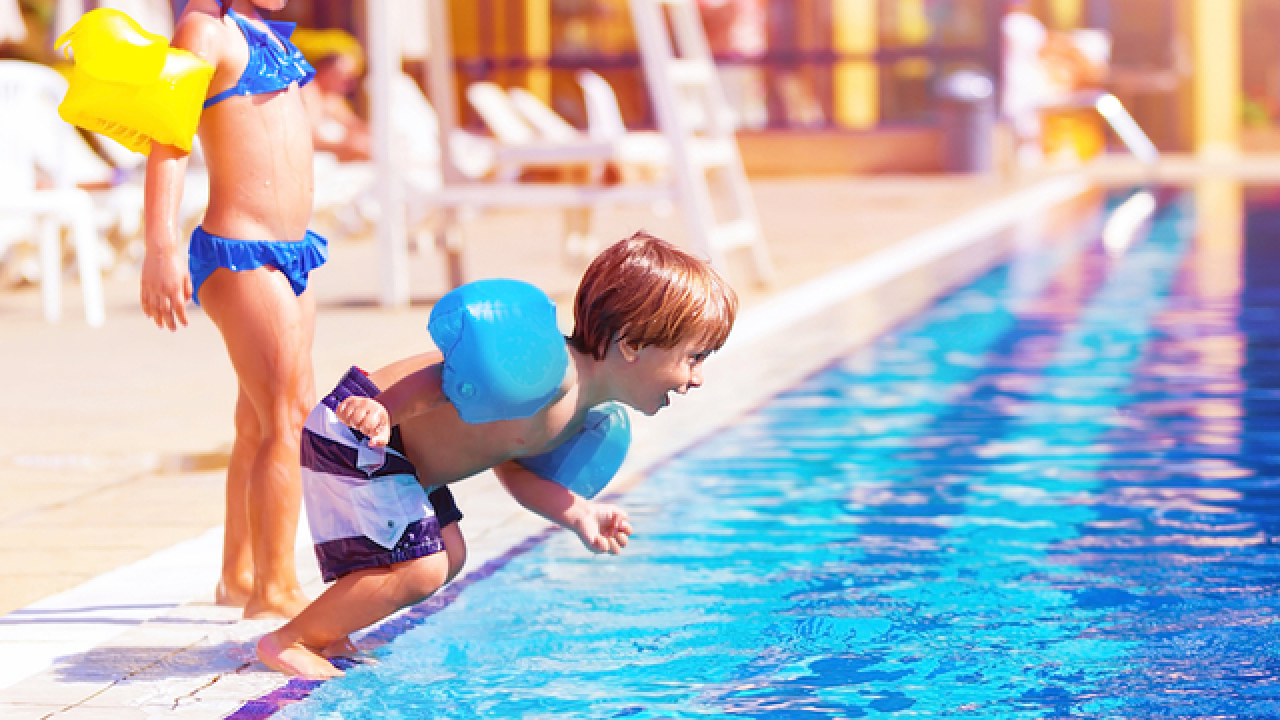 Deseret News
Jennifer Graham/Deseret News
<p><span style="color: rgb(0, 0, 0); font-family: -webkit-standard; font-size: medium;">Families head to pools, lakes and the ocean every summer, even though an alarming number of children can't swim, and even good swimmers can drown in less than a minute. Knowing these things can help keep your family safe.</span></p>

Elise Cerami knew how to swim. Sienna Maloney didn’t. Despite their differences in ability and age — Elise was 13, Sienna, 3 — the girls shared a terrible commonality: They drowned in recent weeks.

Even in a nation full of lifeguards, swimming classes and inflatable arm bands, dozens of children drown every summer as families open backyard pools, kayak in rivers and lakes and vacation near the ocean. Some children will drown because they can't swim — 42 percent of white children and nearly 70 percent of African-American children can't swim the length of a pool or float on their back, according to USA Swimming.

Yet knowing how to swim doesn’t ensure that a child won’t drown. Cerami, a teenager in Texas, was an accomplished swimmer, practicing with her team at an indoor aquatic center when she drowned early on the morning of June 20.

Similarly, 3-year-old Sienna was surrounded by people when she drowned in a lake at a New Jersey park July 11. Her mother was on the beach with another child and a friend and had been momentarily distracted, police said, calling the drowning an “unfortunate accident.”

It was an accident but a preventable one, water-safety officials say, stressing that someone should be watching swimmers at all times, and the front line should be not lifeguards, but parents.

“When a parent goes to a public pool, they can’t go in with the expectation that it’s the lifeguards’ job to watch the children. The parent is the first layer of protection. The lifeguard is the second layer,” said Francesco "Frank" Pia, a drowning prevention educator in Larchmont, New York.

It follows, then, that parents should know how to swim before taking their family to water. They should also know CPR, and how to distinguish between “aquatic distress” and drowning. And they should know — and teach their children — the life-saving maneuvers that can save their lives if they get into trouble.

“Water is inherently dangerous. You can reduce the risk, but you can’t drown-proof your family,” said Alissa Magrum, executive director of Colin’s Hope, a water-safety nonprofit in Austin, Texas. That's why Colin's Hope teaches parents to always appoint a "water guardian" who will be watching swimmers at all times — not reading, not talking to friends or checking their phone.

Pia was a lifeguard and lifeguard supervisor for more than two decades at Orchard Beach in the Bronx, N.Y. When he first became a lifeguard in 1959, he was taught to rescue a drowning person, not to spot one. "It was thought to be self-evident" what a drowning looks like, he said.

In fact, a stereotypical "drowning" — a person flailing, raising their arms and calling for help — is known as "aquatic distress," which happens before a person begins to actually drown. Someone in distress can still control their movement, reach out to catch a floatation device, and scream.

When drowning begins, however, a person can no longer yell or control their body. They are vertical in the water, sometimes bobbing up and down, hands extended partially or fully to their sides. Children can look like they're dog paddling or playing a game. But silence — among children, especially — is a warning that something could be deadly wrong.

“The struggle of a drowning person is brief. Small children, ages 3 or 4, can go under in 20 seconds. Adults can last a bit longer, up to 60 seconds. Children can drown within arm’s reach of their parents, and they don’t even realize it,” Pia said.

Early in his lifeguarding career, Pia got the idea to film a drowning simulation to help train new lifeguards. While he was filming a person pretending to drown, a nearby swimmer began to actually drown, and he was able to film the person’s actions and the subsequent rescue.

For the next two years, he filmed other near-drownings, which resulted in a film “On Drowning” that became a standard in lifeguard training and identified, for the first time, what Pia called the “Instinctive Drowning Response.” He later produced another film, for a general audience, called "Reasons People Drown."

Because drownings happen swiftly and silently, parents can't stop watching their child even long enough to read a page in a magazine or send a text. And you're not supervising your children if they're in the water and you're poolside or on the beach.

“The Canadians call it ‘reach supervision’ or ‘touch supervision’ — you have to be in a position where, if your child gets into trouble, you can reach out and grab him,” Pia said.

Skills you must know

Children should learn how to swim as soon as they are developmentally ready, water educators say. Some commercial swim programs offer classes for infants, but the American Red Cross recommends beginning at 6 months. (You can find certified instructors on their website, www.redcross.org.)

Parents may benefit from instruction, as well.

The Red Cross says that while 80 percent of Americans say they can swim, only 56 percent can pass what's known as a water competency test: Step or jump into the water over your head; surface and float or tread water for one minute; turn around in a full circle and find an exit; swim 25 yards to the exit; and exit from the water. If they're in a pool, swimmers should be able to climb out without using a ladder.

All children should know how to float on their back and how to surface if they go under water, said Magrum of Colin's Hope, named for a 4-year-old boy who drowned in a public pool the day after completing a swimming course.

When choosing life-saving devices, skip the inflatable arm bands and purchase Coast Guard-approved life vests, which every member of the family should wear around natural bodies of water. Magrum knows of a mother who had only one life vest, which she strapped to her 4-year-old; an 11-year-old sibling, who did not have a vest, got in trouble and drowned, the mother watching because she didn't know how to swim.

"Please act responsibly and do not take your children to water by yourself if you cannot swim," Magrum said.
Drowning is the No. 1 cause of accidental death among preschoolers, and most young children who drown do so in backyard pools. Water-safety educators say pools should be fenced on four sides (the house shouldn't count as part of the fence), and there should be multiple barriers a child has to cross to reach the water.

“Parents of young children develop an antenna of noise and activity, and when they don’t hear it within a certain amount of time, they become alarmed. The recovery time from this lapse in supervision is about five minutes. You need to put up layers of protection, to slow the child down so it becomes a recoverable error by the parent,” Pia said.

“If you have a pool and your child is missing, don’t think kidnapping, think pool. The first place you should look is the pool."

While swimming in the ocean, parents should teach their children about rip currents, a narrow channel of outgoing, fast-moving water than can prevent a panicked swimmer from getting to shore. A rip current will look calm, amid crashing waves, Pia said. If you're not sure, you can toss a piece of driftwood or seaweed in the water; if it is carried out to sea, it's likely a rip; stay away. If you do get caught in a rip, stay calm, and swim parallel to the shore until you escape it, then rest and swim in.

Finally, Pia says no one should swim alone, whether in the ocean or a hotel pool, no matter how experienced they are.

“I won’t,” he said. “God forbid, if I had some sort of cardiac event, I’d be writing my own death sentence.”