The few, the proud, the physically fit 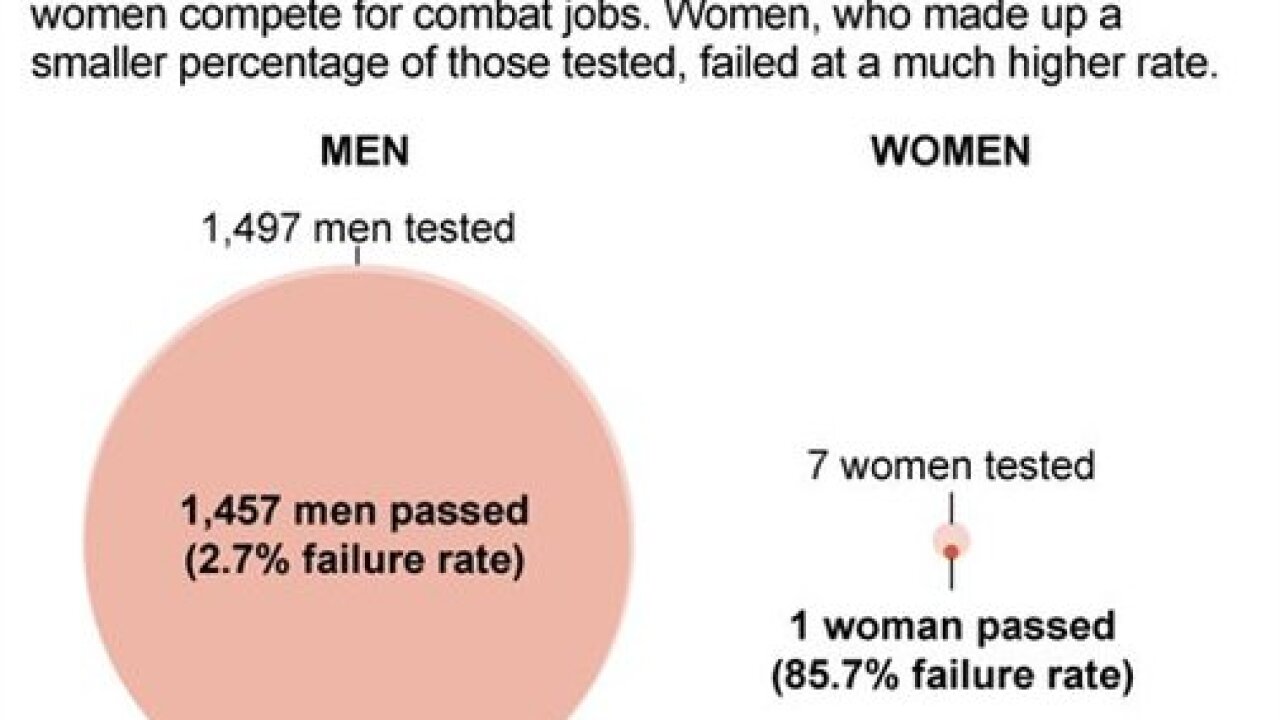 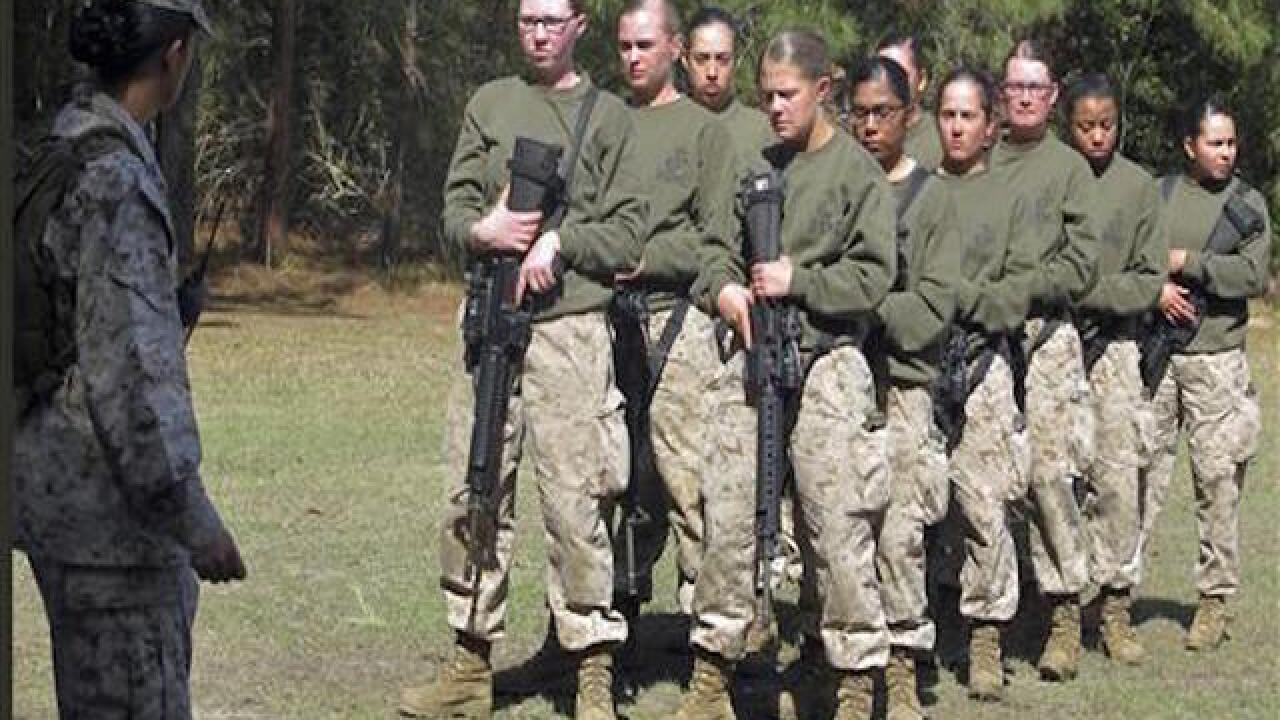 WASHINGTON (AP) — New physical standards established so women can compete for combat posts in the Marine Corps have weeded out many of the female hopefuls. But they're also disqualifying some men, according to data obtained by The Associated Press.

In the last five months, 6 out of 7 female recruits — and 40 out of about 1,500 male recruits — failed to pass the new regimen of pull-ups, ammunition-can lifts, a 3-mile run and combat maneuvers required to move on in training for combat jobs, according to the data.

The tests, taken about 45 days into basic training, force recruits who fail into other, less physically demanding Marine jobs. And that, the Marine commandant says, is making the Corps stronger.

The high failure rate for women, however, raises questions about how well integration can work, including in Marine infantry units where troops routinely slog for miles carrying packs weighed down with artillery shells and ammunition, and at any moment must be able to scale walls, dig in and fight in close combat.

The new standards are a product of the Pentagon's decision to allow women to compete for frontline jobs, including infantry, artillery and other combat posts. But Marine leaders say they are having a broader impact by screening out less physically powerful Marines — both men and women.

"I think that's made everybody better," Marine Commandant Gen. Robert Neller told the AP in his first in-depth interview on the subject. "We're trying to raise everybody's bar a little bit and we're trying to figure out how to get closer together, because at the end of the day we're all going to be on the battlefield and we all have to be able to do our job."

Marine Corps leaders initially balked at allowing women into certain infantry, reconnaissance and combat engineer jobs, pointing to studies that showed mixed gender units did not perform as well as male-only units. But Defense Secretary Ash Carter ordered all combat jobs must be open to women.

The Marines developed a detailed progression of physical standards that recruits must meet to get into the combat jobs. And officials insist that standards will not be lowered to allow more women to pass.

Before the standards test existed, those 40 men would have moved on to combat jobs, where they would likely have been unproductive members of their units, a Marine Corps analysis said. So Neller said that as time goes on, the overall quality of the force will be better.

The tiny success rate for women presents additional challenges if only one or two qualify for a combat job in a previously male-only unit.

If two women qualify, they will be placed in a combat unit together. But, if only one qualifies, she'll be put in a unit with men she trained alongside in school. Those men, the Marine Corps said, will have seen her go through the training and know that she had done as well, or better, than they did.

The Marines will also put a female officer and a female senior enlisted leader in the combat units. Early on, those will likely be women doing a non-combat job — such as an intelligence or logistics officer. And they will be required to pass a physical fitness test to qualify to serve in that combat unit.

Neller said it will be an adjustment for Marines with women in previously male-only units. "I think a lot of the talk is more just maybe they're nervous about the unknown," he said. "But there are some things we're going to have to work through."

Neller, a career infantryman, didn't see many women Marines in his units as he rose through the ranks. He'd seen women as Army military police in Panama and female Marines in administrative or supply jobs in his early assignments. But he first saw female Marines on the battlefield when he was in Iraq.

While it will be difficult for some, "if you can carry the weight and you can do the job, and you're smart and you're a good leader, and you're a person of character and quality and set a good example, people will follow you," he said during an interview in his Pentagon office. "I don't think it really matters who you are."

The Marines' fitness tests get gradually more difficult. Recruits interested in combat arms jobs have to take a harder physical fitness test, comprising pull-ups, crunches, a 1.5 mile run and ammunition-can lifts, than those looking for other Marine posts. And as they move through training, the tests get harder and more complex, requiring them to qualify for specific infantry, artillery and other jobs.

"I have great respect for them being the pioneers in this area." Neller said. "If they can compete and hang with everybody else, I think it will all just go away."