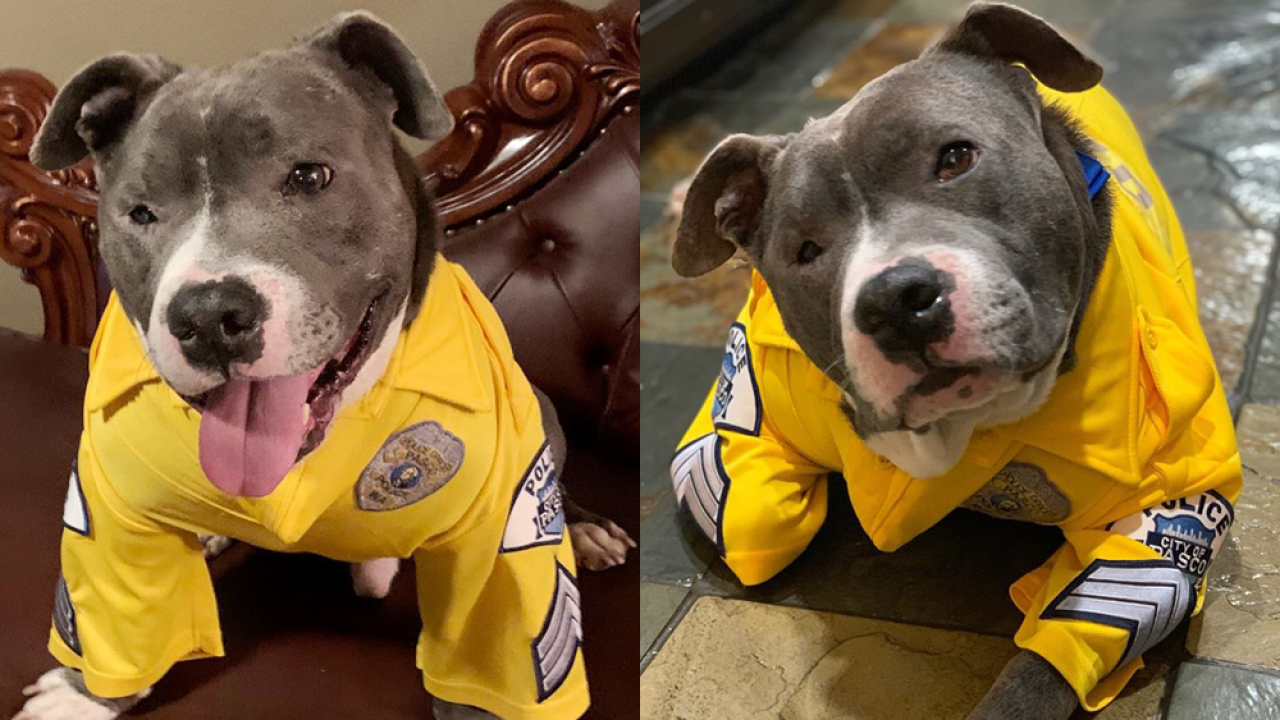 PASCO, Wash. — Grab the tissues! This sweet story is sure to pull on your heartstrings.

Eddie lives in Washington where he's under the care of Mikey's Chance Canine Rescue.

After Eddie was diagnosed with an inoperable tumor and given a window of 6 to 12 months to live, Mikey's Rescue and Eddie's foster mom came up with a bucket list for him.


The Pasco Police Department stepped in to help make some of the bucket list wishes come true.

First: Eddie was sworn in and officially made an honorary K9 officer.

Then he took a ride in the cruiser, shotgun of course, and stopped by some local businesses.

The stops included Starbucks, PetSmart, Petco, a donut shop and more. The police department says he was "welcomed everywhere he went and shown nothing but love and affection all day."

After the police department documented Eddie's day on their Facebook page, he went viral! Now he can cross "become internet sensation" off his list, too.

You can click here to visit the Pasco Police Department's Facebook page for more of Eddie's day, and here for Mikey's Chance Canine Rescue to follow along with the rest of Eddie's journey.