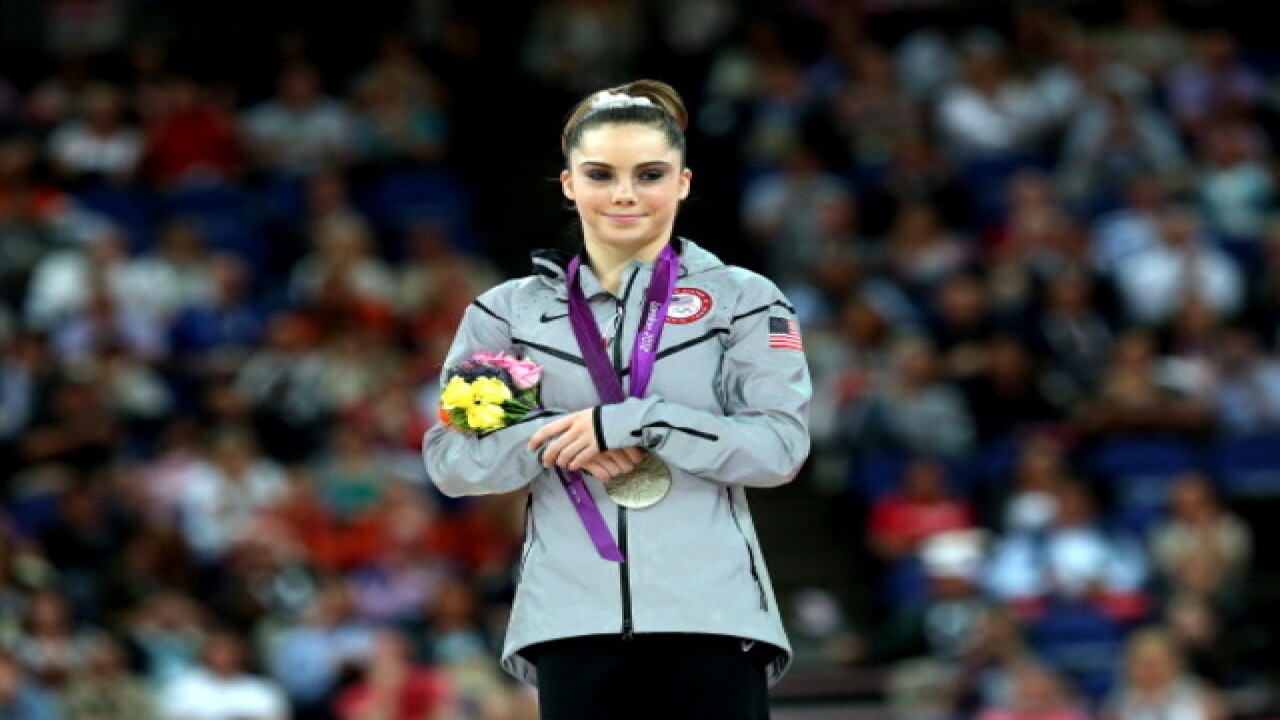 Image copyright 2012 Getty Images. All rights reserved. This material may not be published, broadcast, rewritten, or redistributed.
Ronald Martinez
<p>LONDON, ENGLAND - AUGUST 05: Mc Kayla Maroney of the United States stands on the podium with her silver medal during the medal ceremony following the Artistic Gymnastics Women's Vault final on Day 9 of the London 2012 Olympic Games at North Greenwich Arena on August 5, 2012 in London, England. (Photo by Ronald Martinez/Getty Images)</p>

In a post on Twitter early Wednesday morning, Maroney, 21, wrote "I was molested by Dr. Larry Nassar, the team doctor for the US Women's National Gymastics Team, and Olympic Team.

"Dr. Nassar told me that I was receiving 'medically necessary treatment that he had been performing on patients for over 30 years,'" she added. "It started when I was 13 years old, at one of my first National Team training camps, in Texas, and it didn't end until I left the sport."

Nassar is accused of sexually assaulting dozens of women and girls that were involved in the Team USA gymnastics program. Several of her teammates have also accused Nassar of sexually assauting them when they were minors. Maroney is the most well-known gymnast to accuse Nassar so far.

"It seemed whenever and wherever this man could find the chance, I was 'treated,'" she said. "It happened in London before my team and I won the gold medal, and it happened before I won my silver."

Maroney then went on to describe what she said was her "scariest night" of her life when she was 15.

"I had flown all day and night with the team to get to Tokyo. He'd given me a sleeping pill for the flight, and the next thing I know, I was all alone with him in his hotel room getting a 'treatment,'" she said. "I thought I was going to die that night."