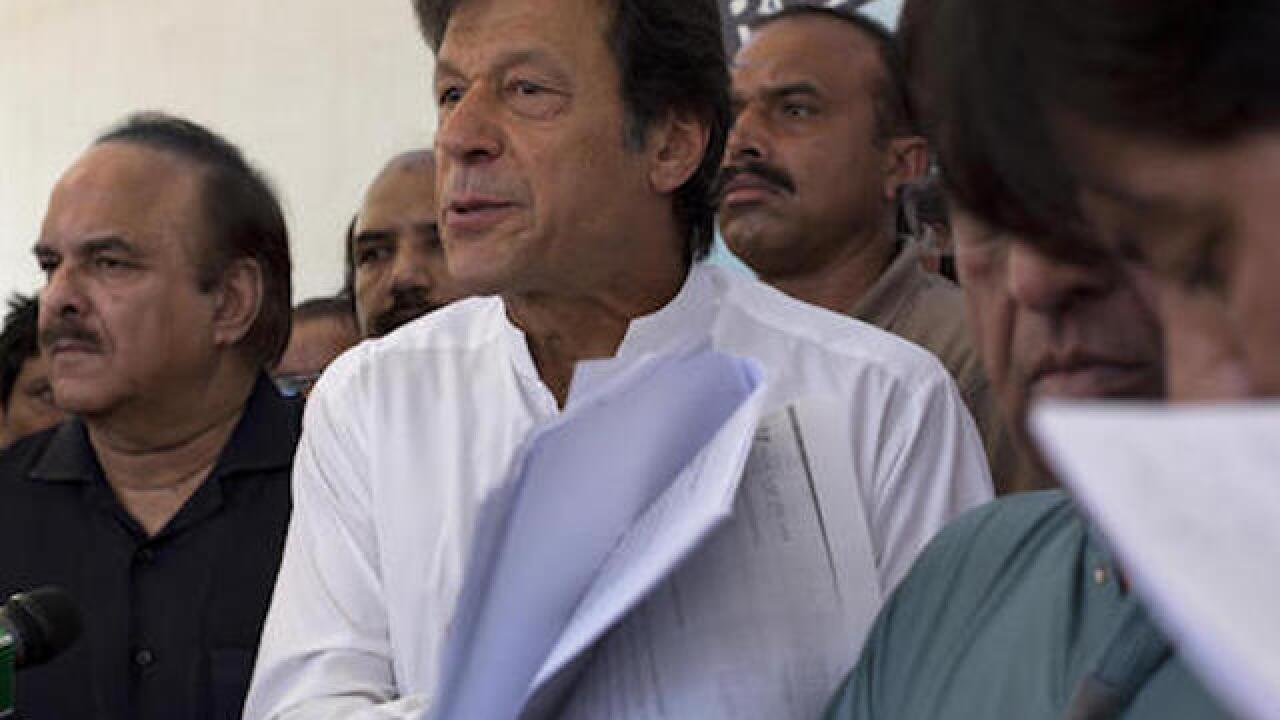 Copyright Associated Press
B.K. Bangash
<p>Pakistan's opposition leader and cricketer-turned politician Imran Khan shows his property papers regarding Panama leaks, to reporters outside the Parliament in Islamabad, Pakistan, Monday, May16, 2016. Khan has said that he is going to clear his position over offshore assets, and urged Prime Minister Nawaz Sharif to answer opposition’s questions during his National Assembly address. (AP Photo/B.K. Bangash)</p>

GENEVA (AP) — A Swiss newspaper is reporting that a computer specialist for Panamanian law firm Mossack Fonseca has been taken into custody by Geneva authorities in connection with a probe over the leak of a massive trove of data on offshore companies.

Daily Le Temps, citing an unidentified official close to the case, reports Geneva prosecutors placed the information technology worker for the firm's Geneva office in temporary detention in connection with a release of "a very large volume of confidential data."

Contacted Thursday by The Associated Press, the Geneva prosecutor's office only confirmed that criminal investigation has been opened following a complaint by Mossack Fonseca.

Data on more than 200,000 offshore entities was leaked this year to a German newspaper, which shared it with a global network of investigative journalists.