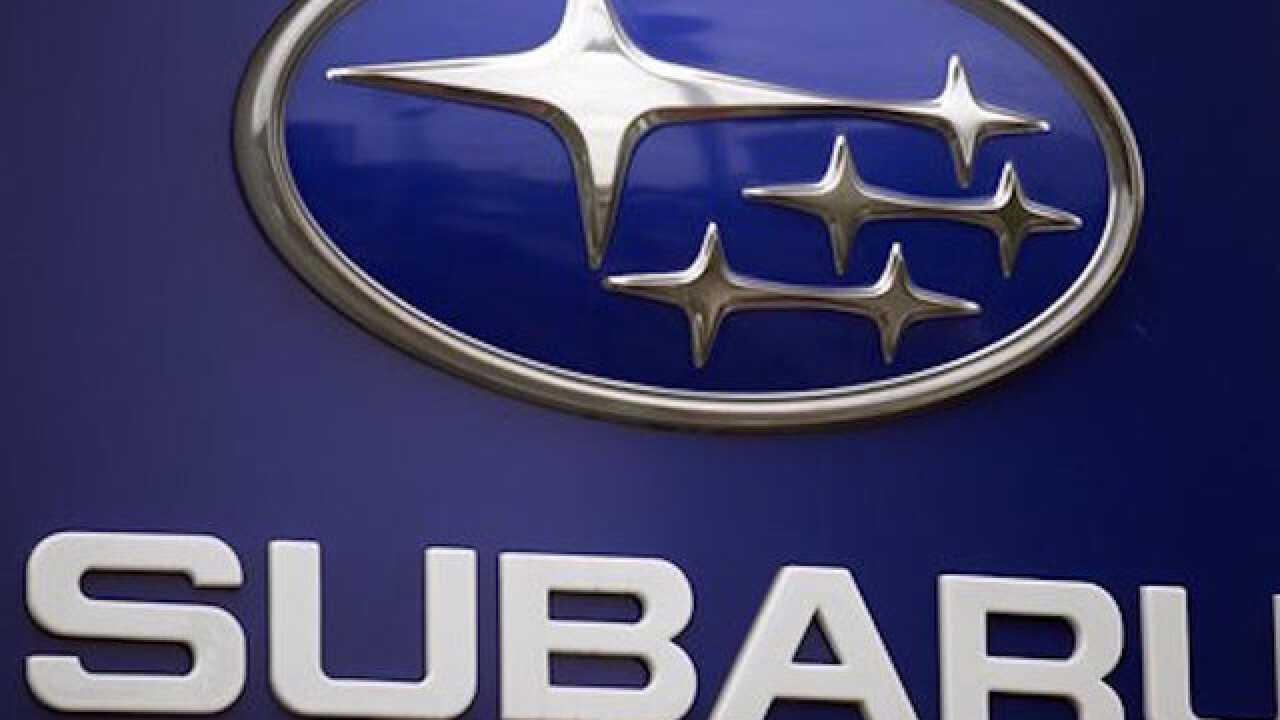 Copyright Associated Press
Rick Bowmer
<p>In this Aug. 31, 2011, file photo, a Subaru logo is displayed on a sign at a dealer's lot, in Portland, Ore. Subaru announced Friday, Sept. 30, 2016, that the company is recalling nearly 593,000 vehicles, some for a second time, because the windshield wiper motors can overheat and increase the risk of a fire. The recall affects certain Legacy and Outback cars from the 2010 to 2014 model years. (AP Photo/Rick Bowmer)</p>

DETROIT (AP) — Subaru is recalling more than 100,000 of its top-selling models in the U.S. because a turbocharger air pump can run continuously, overheat and could cause fires.

The recall covers certain 2007 to 2009 Legacy and Outback vehicles, some 2008 to 2014 Imprezas and certain 2009 to 2013 Foresters. All the cars and SUVs have turbocharged engines. Subaru says in government documents that a relay controlling a secondary air injection pump can fail, causing the pump to run continuously. If it overheats, it can melt and catch fire.

The company reported two fires in government documents but did not list any injuries.

Dealers will replace the relay at no cost to owners. Subaru doesn't have a schedule yet for the recall to begin.