Study finds that inequality is still rampant in Hollywood 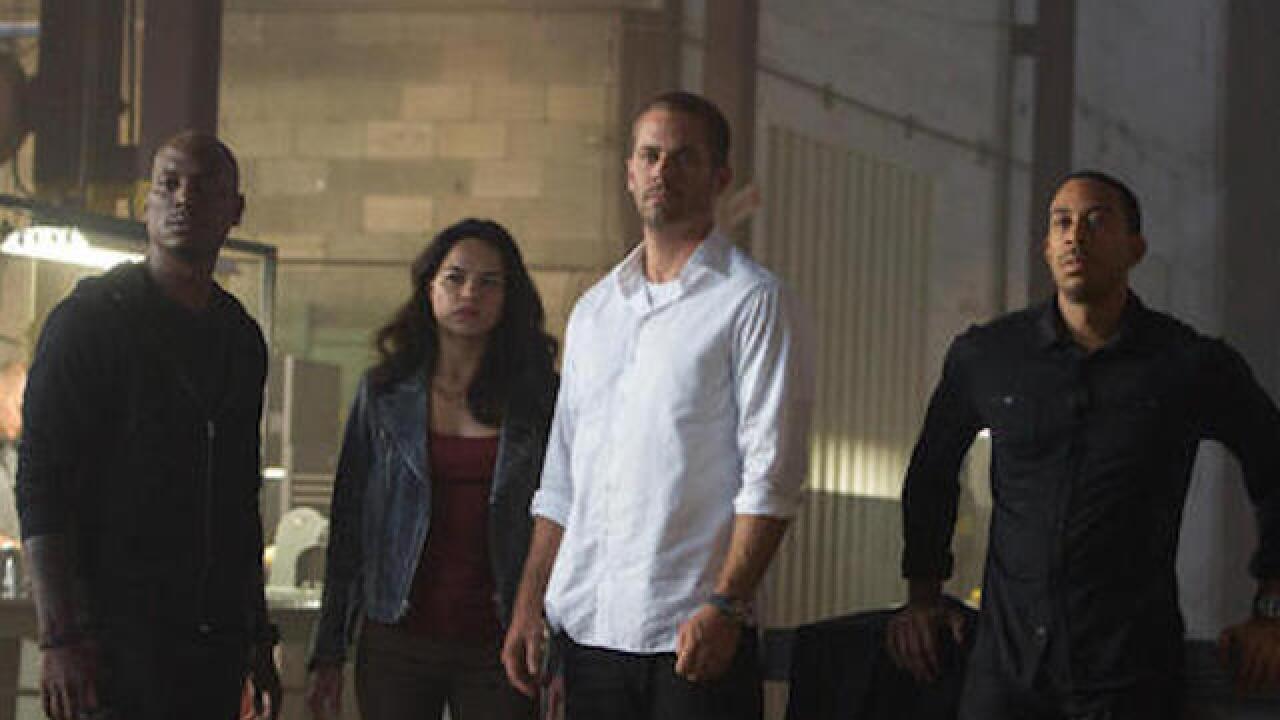 Despite widespread attention over diversity in the movie business, a new study finds that little is changing in Hollywood for women, minorities, LGBT people and others who continue to find themselves on the outside of an industry where researchers say inequality is "the norm."

A report to be released Wednesday by the Media, Diversity and Social Change Initiative at the University of Southern California's Annenberg School for Communication and Journalism offers a stark portrait of Hollywood's feeble to nonexistent progress in eradicating what researchers call "pervasive and systematic" problems in inclusiveness in front of and behind the camera.

Since 2007, USC has analyzed the demographic makeup of the actors, directors, writers and more from each year's 100 most popular films. Its latest addition adds data from 2015's top films, but finds little change.

For example, 31.4 percent of speaking characters in the analyzed films were female in 2015 — roughly the same number as in 2007. That's a ratio of 2.2 men for every single woman.

Characters identified as lesbian, gay or transgender accounted for less than 1 percent of all speaking parts, or 32 out of 35,205 characters studied. That was a slight increase from 13 portrayals in 2014. After finding zero transgender characters in 2014, researchers could pinpoint one in 2015.

Off screen, of the 107 directors of 2015 films, four were black or African American and six were Asian or Asian American. Just eight were women, still the most since 2008.

"We're seeing entrenched inequality," Stacy L. Smith, a USC professor and one of the study's authors, said in an interview. "Whether we're studying gender, race, ethnicity, LGBT or characters with disabilities, we're really seeing exclusionary forces leaving out anybody that's not a straight, white, able-bodied man. Despite all the chatter and all the activism and all the press attention, it's another year where the status quo has been maintained."

USC researchers stressed that the study's results didn't just offer a portrait of inequality, but captured the invisibility of many from American popular cinema. Hollywood, the study concludes, is "an epicenter of cultural inequality."

Issues of exclusion and gender gaps have gained more attention in recent years following two straight seasons of all-white acting nominees at the Oscars and leaked studio emails from Sony Pictures that suggested evidence of disparity in salaries between male and female stars.

The fallout has led the Academy of Motion Pictures Arts and Sciences to diversity its membership. Some have individually taken action; TV producer Ryan Murphy in February launched a foundation to diversify the directors of his shows. Last month, even Michelle Obama spoke of the importance "for the world to see different images of each other."

But the USC researchers say not enough is being done by the upper echelons of the movie industry. Earlier this year, the researchers scored 10 major media companies on their diversity record across mediums. None passed.

"We've seen a lot of talk and little action," says Smith. "What we need now is for companies to take the same leadership position, be transparent in their inclusion goals and be accountable to representing the actual world we live in when it comes to the demography of the U.S."

Many of last year's most profitable movies, however, boasted diverse casts. The appeal of the "Fast and Furious" franchise, which released its seventh installment in 2015, has long been based on both high-octane races and a much varied cast. The year's top film, "Star Wars: The Force Awakens," ushered in more diverse characters to George Lucas' galaxy. Female empowerment was also a big seller for "Mad Max: Fury Road," ''The Hunger Games: Mockingjay Part 2" and "Pitch Perfect 2."

As a result, female lead or co-leads improved by 11 percent from 2014 to 2015, one of the rare signs of improved inclusivity in the study. But even such bright spots revealed other areas still wanting. There were still just three films featuring a female lead or co-lead from an underrepresented racial or ethnic group, and there wasn't one leading part for an Asian, man or woman.

"When we really drill down in the numbers, we see a perpetuation of the same groups getting access to the most visible roles, whether that's in the director's chair or on screen, and that continues to be the problem plaguing Hollywood's hiring practices," said Smith.

Issues over the type of representation also still remain. Though LGBT characters increased in 2015, only two were depicted as parents. "Film still has a way to go when it comes to representing all types of families in America," said Katherine Pieper, who co-authored the study with Smith and Marc Choueit.

Females also continue to be overwhelmingly more likely to be sexualized. Women are more than three times as likely as men to be shown in sexually revealing clothing or nude.

"When there are few women — less than 32 percent of characters are female — and they are more sexualized than their male counterparts, then females are really filling a particular role in film content and sending a particular message to audiences," said Piper.

The researchers added two new metrics to the study this year. They are now tracking characters with disabilities. They made up just 2.4 percent of all speaking roles in 2015's top films, even though 18.7 percent of the U.S. population reported having a disability in the 2010 census.

To dovetail with an upcoming initiative on women in music, USC researchers also began studying the rate of female composers in film. They found 12 total in the 877 films studied over eight years, and only one in 2015.

"When a group clocks in at 1.4 percent," says Smith, "I think it merits more investigation."