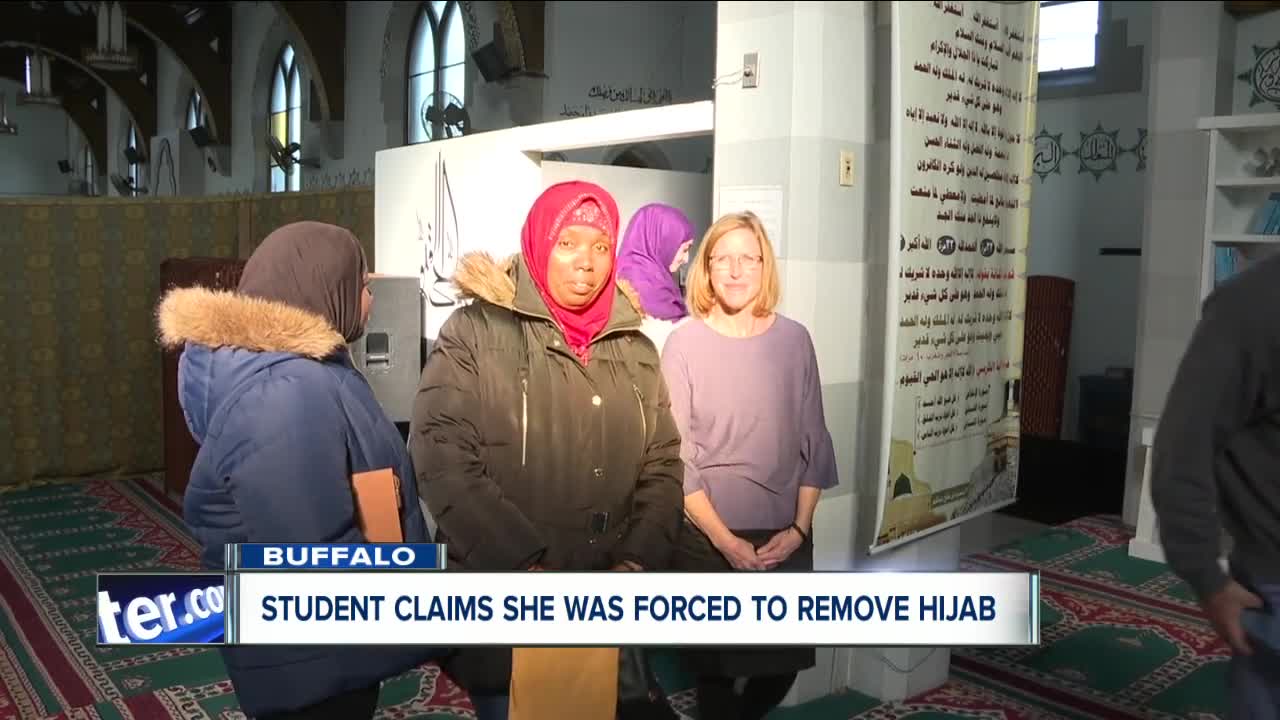 A 9th grade student at Buffalo’s International Preparatory School in New York says she was forced to remove her hijab by an assistant principal.

“He was like, ‘Take that thing off your head, you’re not Muslim or Arabian.’”

That’s what Najah Travis claims assistant principal Marin Lyonga told her after pulling her to the side on Monday.

She refused, and called her mother.

When Luvita Franklin arrived she said she was speaking with a second assistant principal, Patrick Doyle, who told her it’s district policy to provide proof of practicing the Muslim faith to wear a hijab.

In a recording of the conversation played by Franklin for our cameras Doyle can be heard saying “It is a district policy.” When Franklin asked whether it was new he replied, “It’s not new.”

We send a transcript to representative from the school district.

Buffalo Schools chief of staff Darren Brown says it is not a policy for the district that students are required to provide proof of religion.

He says administrators are always free to inquire more about students’ religions and ask questions to understand more.

After investigating this incident, Brown says the assistant principals asked to see proof of religion because they were familiar with Travis from a number of interactions, but had never seen Travis in a hijab before.

Brown says administrators were worried about it being seen as offensive to other students, and wanted to ensure the hijab was not being worn as a fashion statement.

“It wouldn’t matter if it was the first or the 5th time you’ve seen her wearing it, once she put it on her head, it shouldn’t have mattered,” said Franklin.

In the recording with Doyle, he can be heard saying, “All she needs to do is bring a note saying she’s a part of the religion from somebody that’s a member of the (indistinguishable)…as long as that’s done, at that point she can wear it as much as she wants. Nobody will ever stop her. We fully support all religions.”

Imam Pasha Syed at Jami Masjid says hijabs are not exclusive to the Muslim faith. Anyone, at any time can wear one.

“It takes time. It doesn’t happen from day one. Some people may have to grow into it. Sometimes it takes years.”

Brown said that Buffalo Public Schools prides itself on inclusion and dignity for all students. The district has looked into this incident and continues to investigate to determine whether it was handled appropriately by all parties involved.

This article was written by Madison Carter for WKBW.