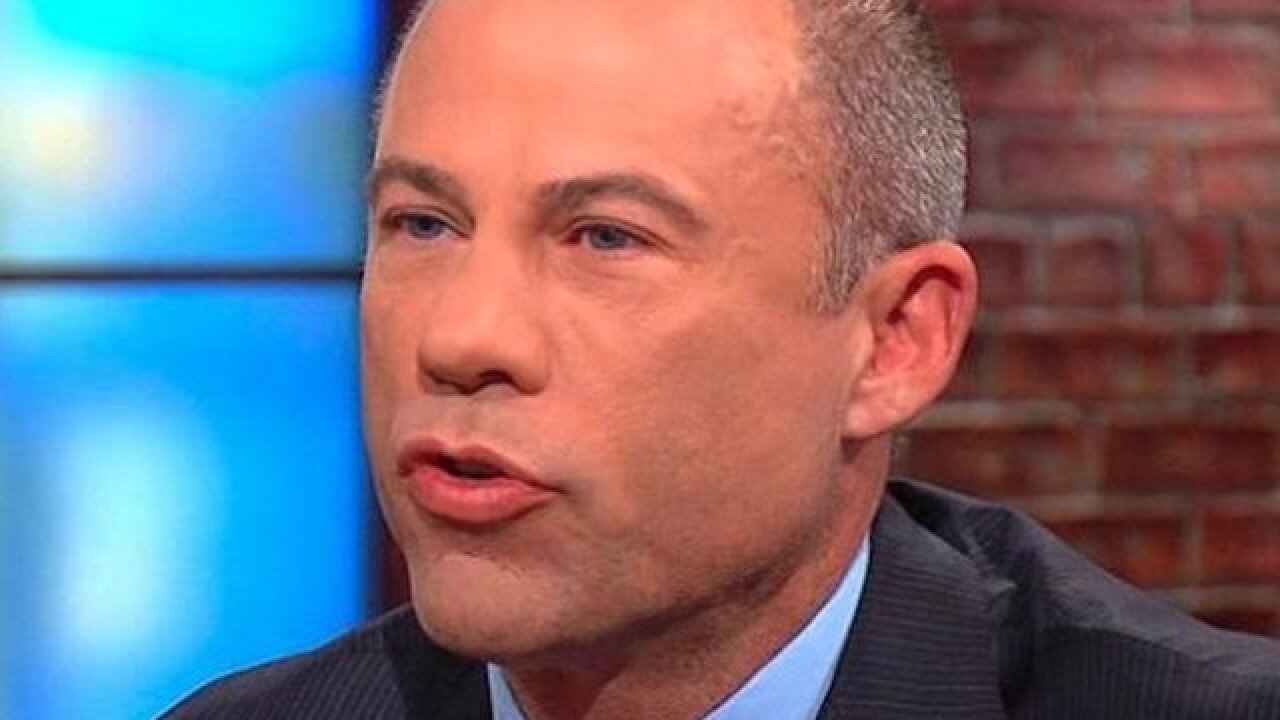 Stormy Daniels' attorney Michael Avenatti has filed a motion in federal court seeking to depose President Donald Trump and his lawyer Michael Cohen to ask about a $130,000 payout before the 2016 election.

In the motion filed in federal court in California, Avenatti requested to depose both Trump and Cohen, who was added this week as a defendant in the lawsuit, for "no greater than two hours."

The request also asked for "targeted requests for the production of documents directed to Mr. Trump and Mr. Cohen on various topics relating to the hush agreement."

Avenatti laid out questions he'd like answered, including whether Trump knew about the hush agreement and the scope of his involvement, where the payment came from, what Cohen's role was, and whether Trump consented to the agreement and was involved in efforts to silence Daniels "to benefit his presidential campaign by preventing voters from hearing Plaintiff speak publicly."

A hearing date is scheduled for April 30.

In a statement following the filings, Avenatti said his team is "confident" that "the court will order the depositions and the trial to proceed," citing a 1997 Supreme Court case involving then-President Bill Clinton, which established that a sitting president has no immunity from civil litigation.

"We expect to be placing the President and his fixer under oath in the coming months," he added.

David Schwartz, Cohen's friend and attorney in another matter, said in a statement that the motion to depose Trump and Cohen was "a reckless use of the legal system" aimed "to inflate Avenatti's deflated ego and keep himself relevant."

The motion is the latest in the legal battle between Daniels, an adult film actress whose real name is Stephanie Clifford, and Cohen, Trump, and the limited liability company Cohen created to pay her $130,000 ahead of the 2016 election as part of a "hush agreement" to keep quiet about an alleged affair with Trump more than a decade ago.

Daniels said she was pressed to sign the document and her legal team now says the agreement is invalid because it was never signed by Trump.

Avenatti told CNN on Wednesday that he had a meeting with Trump's lawyer, Charles Harder, on March 21, during which he asked whether Trump was a party to the nondisclosure agreement. Avenatti relayed that Harder said that his team didn't know yet, adding, "'We're still researching it.'"

The exchange, Avenatti said, "was incredulous."

On whether Daniels would accept a settlement, Avenatti said: "We would never consider any settlement that did not include everyone coming 100% clean with the American people."

CNN has reached out to Harder and has not heard back.

On Monday, Daniels' legal team amended her lawsuit to include a defamation claim against Cohen. Daniels' friend and fellow adult film actress Alana Evans, who has publicly tried to corroborate Daniels' claims of an affair, also said she will file her own defamation claims by the end of the month.