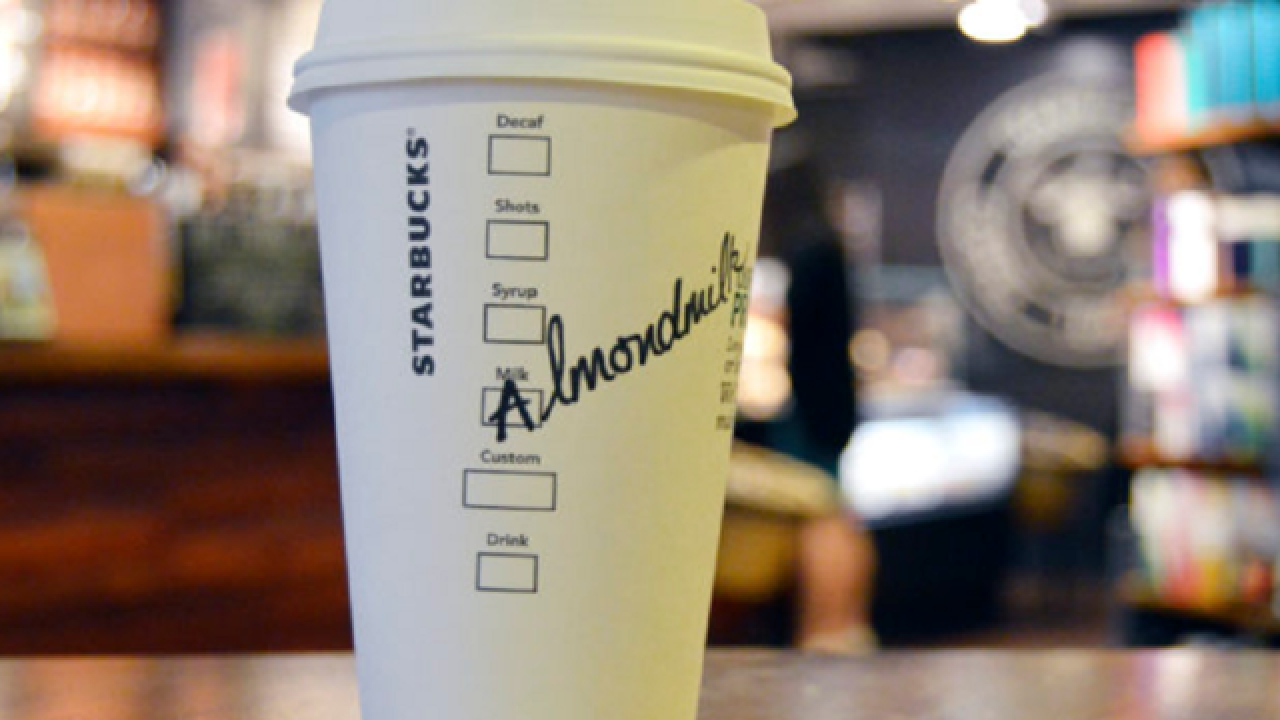 Starbucks recently announced some big news for almond milk-lovers everywhere. Starting in September, the coffee chain will begin offering almond milk as a non-dairy option in all stores.
The new addition will make its way to 4,600 stores in the Pacific Northwest, Northern California, New York, Northeast and Mid-Atlantic regions on September 6 before making its way to all U.S. locations by the end of September, according to a company statement.
Now there are a few things you should know about Starbucks’ “Almondmilk”:
1. It isn’t just any almond milk that they’ll be carrying.
Starbucks has created its very own almond milk, which they are calling “Almondmilk.” Per a company spokesperson: “It was designed so that when steamed, it creates a rich foam for hot beverages and is delicious and creamy when served in cold beverages.”
2. Customers filed 90,000 requests for the dairy-free milk.
According to Real Simple: “Customers have been asking for the dairy alternative on the My Starbucks Idea page, a place where customers can share ideas and suggestions for the company, since 2011. This particular request has since received more than 90,000 votes.”
3. There will be a 60-cent upcharge.
This detail is nestled at the very bottom of Starbucks’ statement. Any drinks ordered with Almondmilk will cost 60 cents more. Still, for those Starbucks fans who are lactose-intolerant, vegan or simply love almond milk, it’s likely worth the extra cost.
WFTS