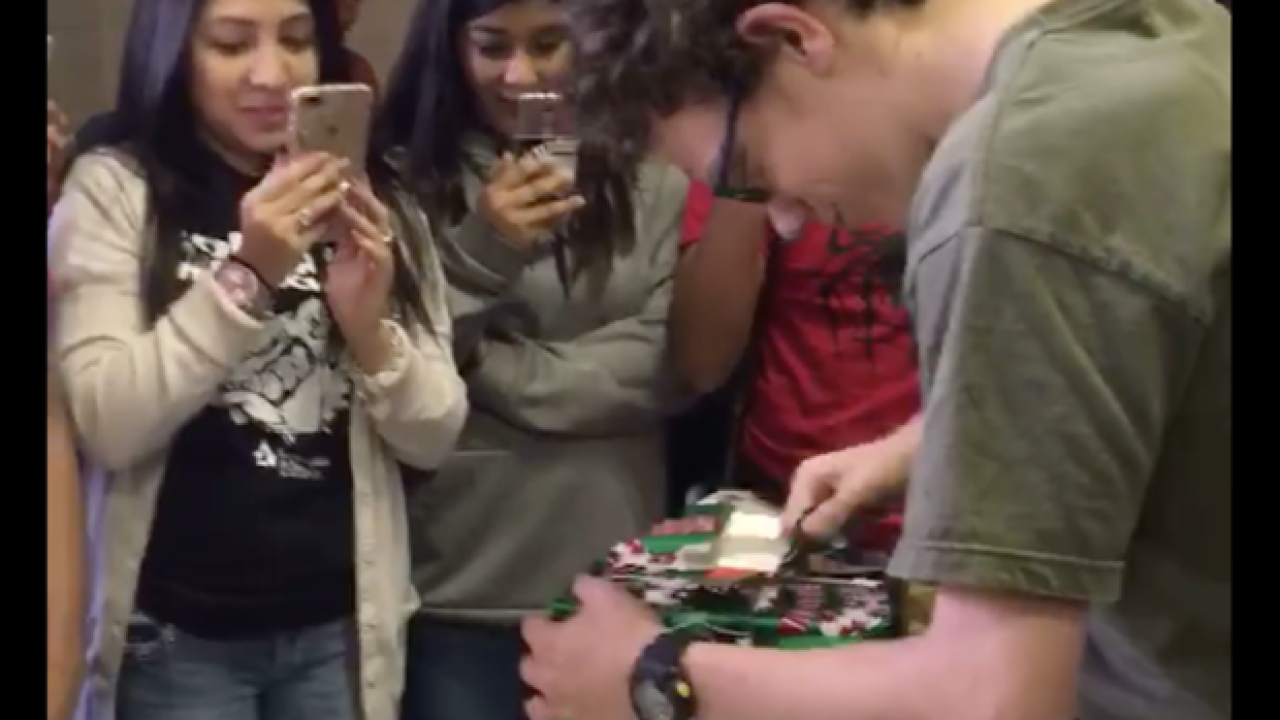 Students held a fundraiser at a high school in Somerset, Texas to surprise one of their classmates with two new pairs of shoes last week before the school went on holiday break.

Classmates at Somerset High School noticed that 14-year-old JR Gilbert wore shoes that were too small. Gilbert, who is considered a "special needs" student, wore size 10.5 boots from his grandfather everyday to school. Gilbert's feet have grown to size 13.

On Friday, students from the high school presented two shoe boxes wrapped in Christmas wrapping paper to Gilbert, both with size 13 shoes.

"It's from all of us," says junior Roger Villegas says to Gilbert in the video. "Everybody here gave 'em to you."

"Green is my favorite color, Gilbert said as he opened the first box containing a pair of green Nike shoes. "Thanks guys. Y'all are the best."

After Gilbert opened the second shoe box, he held up one of the red shoes into the air as students cheered. After he opened the new pairs of shoes, the students gathered in a circle and gave a shout of "Family."

According to the school district, Gilbert has a shoes that fit him, but has opted to wear the boots given to him from his grandfather. Gilbert's mother Linda told KSAT-TV that her son did not need the new shoes, but wanted a new pair of Nike shoes.

"It's not about needing it," she told the station. "It's something he wanted, and these boys basically granted a wish he wanted."

A video showing Gilbert's reaction to receiving the gifts from his classmates has been seen by nearly 40 million Facebook users.