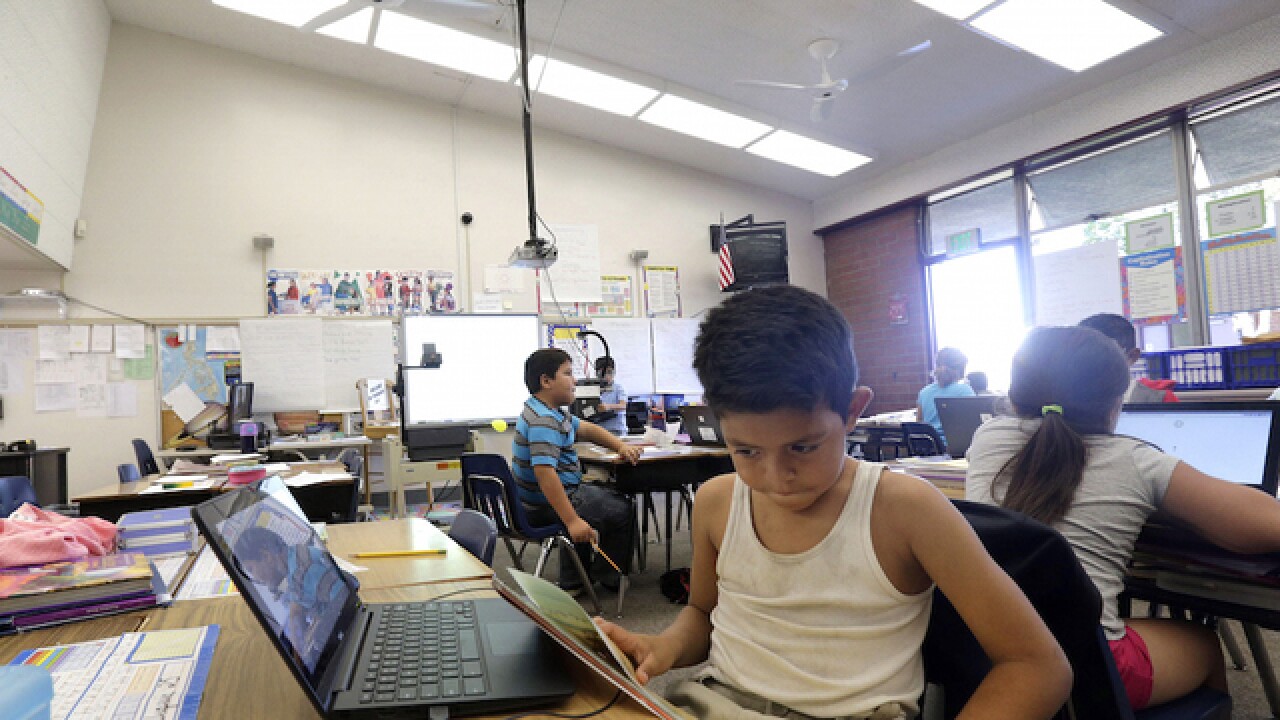 Santa Ana winds gusted out of the mountains of Southern California on Wednesday, driving up temperatures and fanning several small brush fires that erupted in the drought-stricken region.

Firefighters aided by a squadron of water-dropping aircraft got their first test of the Santa Ana season with an overnight brush fire in hills above the Porter Ranch area of Los Angeles and held it in check at less than 30 acres, then battled similar fires above Granada Hills and Lake View Terrace.

Temperatures hit the 80s and 90s in many areas, and the National Weather Service said Thursday would be even hotter, with some locations expected to reach 100 degrees.

Get heat advisories via our Storm Shield app

Near downtown Los Angeles, conditions at Dodger Stadium were more like August than mid-October just hours before Game 4 of the National League Championship Series.

Dodgers ace Clayton Kershaw, who wasn't scheduled to pitch Wednesday night, did sprints on the warning track in shorts and a sleeveless top under a cloudless, 89-degree sky.

The Chicago Cubs' Jon Lester, who will pitch Game 5, said the heat wouldn't change the way he pitches.

"It's nice and not nice at the same time to pitch in this weather this time of year," he said. "You think about playoff baseball, you think about it being cold and having to bundle up. But it's nice coming to Southern California and playing in some warm weather as well."

The dangerous Santa Anas, typical of fall in Southern California, triggered red flag warnings for fire danger from coastal counties northwest of Los Angeles down to the Mexico border. One gust was measured at 67 mph in Santa Barbara County.

The warm, dry winds, which blow out of the northeast toward the coast, arrived just days after an autumn storm brought rain to much of California and dusted Sierra Nevada peaks with snow.

Much of the rest of the state, including the San Francisco Bay Area and the Central Valley, also had above-normal temperatures, although no red flag warnings were posted in those regions.

Santa Anas are spawned by cold air descending on the vast interior area of the West known as the Great Basin. Air flowing from that region of high pressure spills through mountain ranges and down into the metropolitan regions of Southern California.

The winds push back the normal moist and cooling influence of the Pacific Ocean and gain warmth from compression and speed, similar to the way a languid river turns into rapids at a narrows.

The northeast winds have been linked to the spread of some of the region's most destructive wildfires.

Rain that fell Monday in Southern California increased the moisture content of fuel for fires but it was expected to quickly dry due to the withering winds, the NWS said.