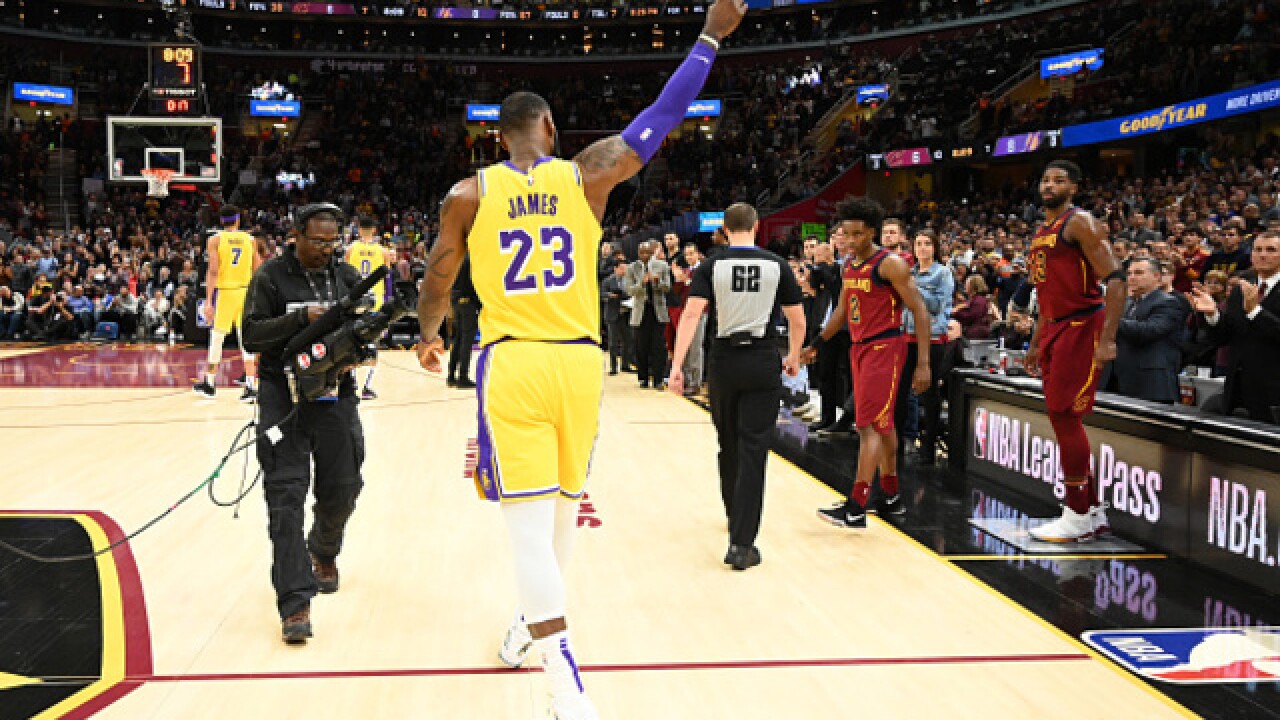 Earlier this month, Morey posted an image on Twitter that read "Fight for freedom, stand with Hong Kong."

After seeing that tweet, China decided they won't broadcast or stream any NBA preseason games held in the country.

The Los Angeles Lakers traveled to China last week and played a preseason game on Oct. 12 against the Brooklyn Nets.

On Monday, Washington Post reporter Ben Golliver tweeted video of James saying he believed Morey was misinformed about China after returning from his game there.

Lakers’ LeBron James on NBA’s China controversy: “I don’t want to get into a ... feud with Daryl Morey but I believe he wasn’t educated on the situation at hand and he spoke.” pic.twitter.com/KKrMNU0dKR

People on social media erupted and post James on blast after hearing his comments.

So @KingJames says the ONE GUY who spoke up for freedom and liberty and against tyranny "wasn't educated on the issue?"

You mean, he needs to be re-educated?

This is an embarrassment. https://t.co/GWMNvu0pHi

LeBron James and Steve Kerr becoming useful idiots for a authoritarian regime building concentration camps for religious minorities was never a square I expected to fill on my 2019 bingo card but hey, I’ll take what I can get.

"We all do have freedom of speech, but at times there are ramifications for the negative that can happen -- when you're not thinking about others, you're only thinking about yourself."

That quote should forever be an asterisk attached to the on-court legacy @KingJames leaves.

Shorter @KingJames : I stand with the Chinese Communist regime & anyone who doesn’t is uneducated. Also, freedom of speech is nice but, c’mon, it might keep me from becoming a billionaire. So cut it out.

Clearly @KingJames is the one who isn’t educated on the situation at hand.

It’s sad to see him join the chorus kowtowing to Communist China & putting profits over human rights for #HongKong . I was there 2 weeks ago. They’re fighting for freedom & the autonomy they were promised. https://t.co/tVI1XB7g6I

After the backlash, LeBron tweeted that he wanted to clear up the confusion.

Let me clear up the confusion. I do not believe there was any consideration for the consequences and ramifications of the tweet. I’m not discussing the substance. Others can talk About that.

My team and this league just went through a difficult week. I think people need to understand what a tweet or statement can do to others. And I believe nobody stopped and considered what would happen. Could have waited a week to send it.

This article was written by Courtney Shaw for WEWS.