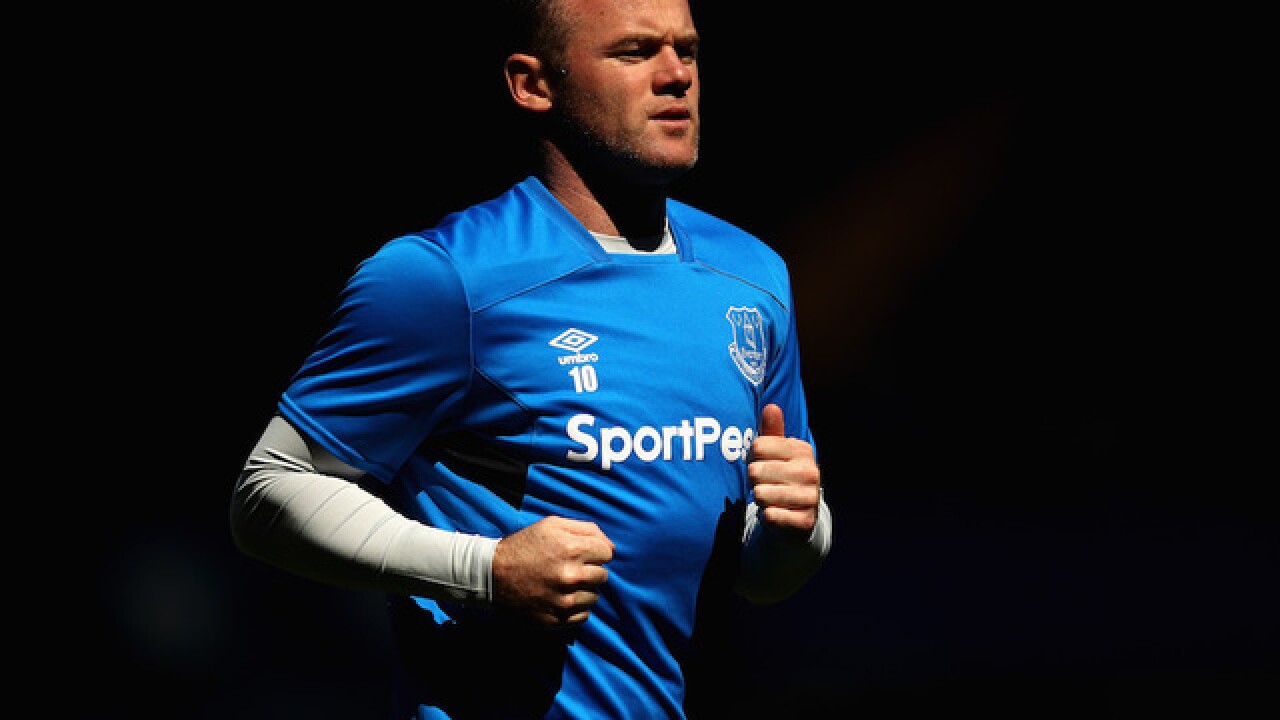 Rooney, 31, was stopped while driving a black Volkswagen Beetle in Wilmslow, Cheshire at 2 a.m. local time on Friday.

The forward, who rejoined boyhood club Everton last month, has been released on bail and is set to appear at Stockport Magistrates' Court on September 18, according to Cheshire Police.

Rooney, who retired from international football earlier this month, is England's highest ever goalscorer with 53 in 119 appearances.

He made 559 appearances for United during a 13-year stay at Old Trafford, before returning to Everton, where he began his career, at the start of this season.

During his time with United he won five English Premier League titles, the Champions League, Europa League and FA Cup. He is also United's record goalscorer with 253 goals.

The striker has enjoyed an impressive start to the season, scoring his 200th Premier League goal in the recent 1-1 draw at Manchester City.

He also scored the only goal of the game in Everton's 1-0 win over Stoke on the opening day of the season.

His form impressed England head coach Gareth Southgate who wanted Rooney to join up with the international squad for the upcoming World Cup qualifiers against Malta and Slovakia.

But Rooney decided against the invitation, retiring from international football instead.