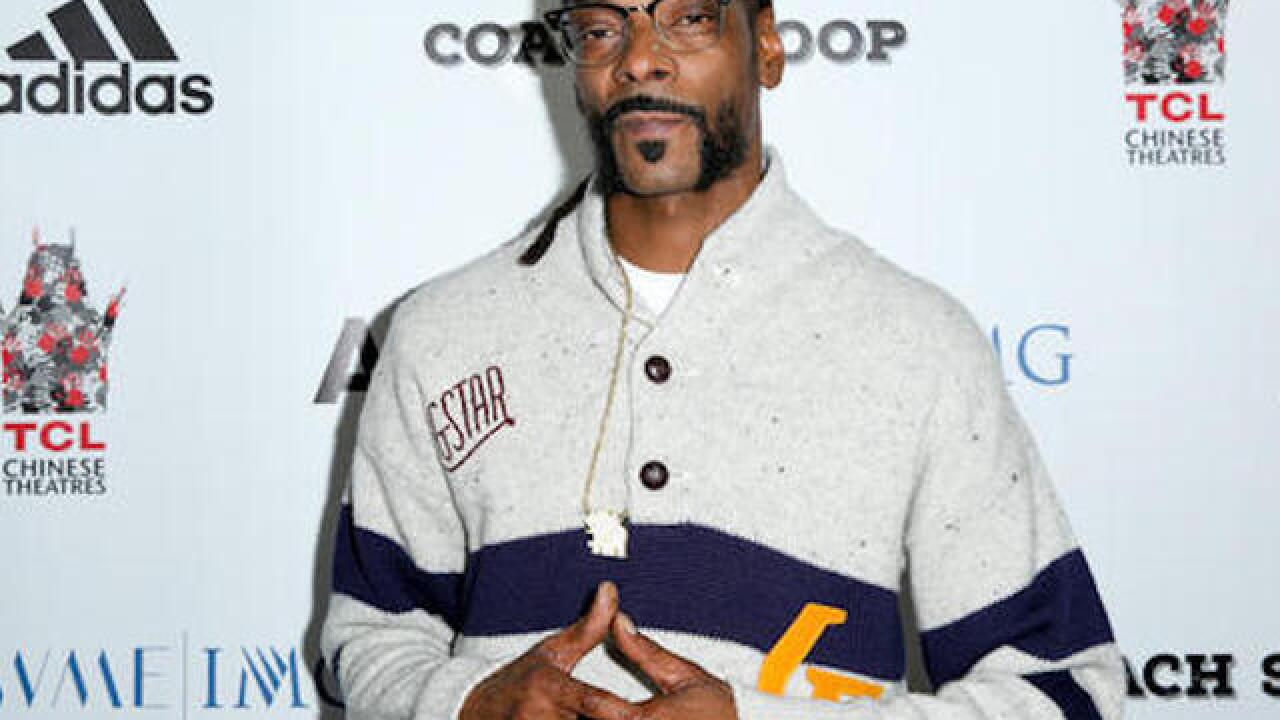 Copyright Associated Press
Rich Fury
<p>In this May 16, 2016, file photo, Snoop Dogg arrives at the LA Premiere of "Coach Snoop" at the TCL Chinese 6 Theatres in Los Angeles. Authorities say multiple people have been hurt after a railing collapsed during an outdoor concert by Snoop Dogg and Wiz Khalifa in southern New Jersey on Friday, Aug. 5. (Photo by Rich Fury/Invision/AP, File)</p>

CAMDEN, N.J. (AP) — Lawyers representing 17 people injured when a railing collapsed at a Snoop Dogg and Wiz Khalifa concert in New Jersey earlier this month have filed a lawsuit against the venue's owner and the performers claiming they didn't take enough precautions to ensure concertgoers would be safe.

The suit filed Wednesday in a Philadelphia court doesn't specify what damages are being sought, but attorney Robert J. Mongeluzzi said his clients want to prevent future incidents and deserve monetary compensation. The plaintiffs include 14 concertgoers and three workers, including one who suffered a fractured spine, according to the attorneys.

A partition separating the lawn from a secondary stage set up at the rear of the seating section collapsed shortly after the show began Aug. 5 at Camden's BB&T Pavilion, causing people to fall roughly 10 feet onto the concrete below.

Authorities have said 42 people were hurt in the collapse, which occurred as the rappers were gesturing to fans to come toward the small stage. Lawyers say concertgoers were trampled and pinned to the ground, causing some to have broken bones, torn ligaments and tendons, loss of consciousness and emotional trauma.

"I can tell you there is no doubt there was a crowd surge based upon the setup of the lawn with no chairs and no aisles, lack of security ... and then the artists telling people to come forward," Mongeluzzi said. "That's the setup, and that's the failure."

Live Nation, which operates the venue, announced after the incident that it had "secured" the section of railing that had collapsed. The company also said in a statement at the time that it was working with authorities and structural engineers to determine the cause of the collapse. It has since setup a "safety zone" to block a section of space in front of the railing.

"This is really a post-accident admission that this is the way it should've been set up," Mongeluzzi said.

An email seeking comment from Live Nation was not immediately returned.

Wiz Khalifa, whose real name is Cameron Thomaz, and Snoop Dogg, whose real name is Cordozar Calvin Broadus Jr., were ushered from the stage moments after the collapse, and the show was later canceled. A call and email to the artists' representatives requesting comment was not immediately returned.

Lawyers say their first step will be requesting an inspection of the area and railing to determine the cause of the collapse.

Attorney Andrew Duffy said lawyers are "extremely confident" they met the legal requirement for having the case litigated in Philadelphia, despite the concert's New Jersey venue. Live Nation operates venues nationally and does significant business in Philadelphia County, Duffy said.